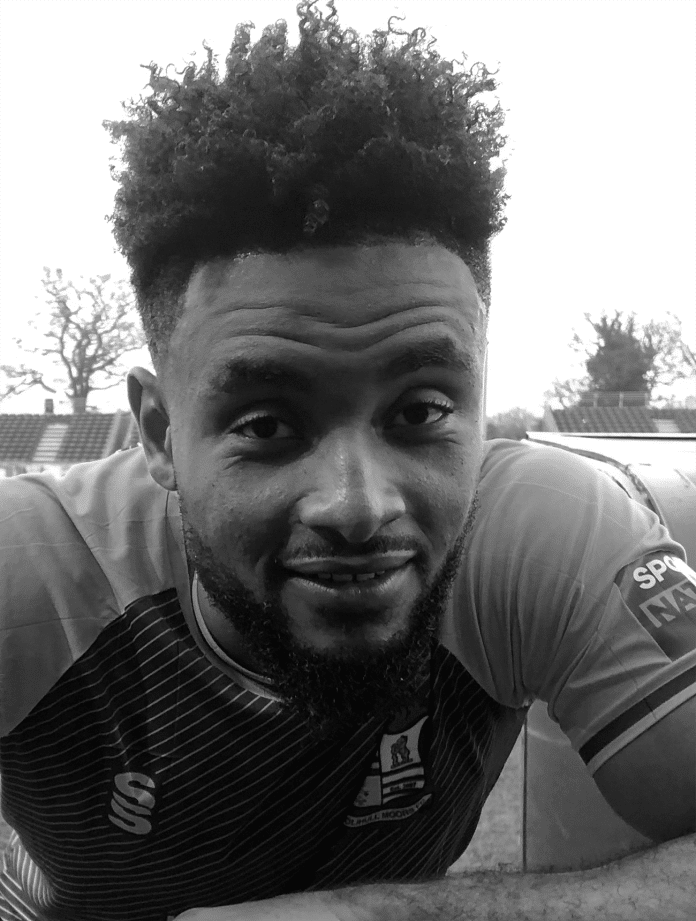 Yussuf Abdillahie Abdalla, (born February 20, 1992) also known as Adi Yussuf, is a striker from Tanzania who currently plays for Yeovil Town in the National League.

Yussuf started his career with Leicester City’s junior and reserve teams after being born in Zanzibar, Tanzania.

Yussuf was dismissed by Leicester City on May 21, 2011, after failing to make an appearance for the club. His contract was about to expire.

Yussuf completed a one-month loan contract with Conference National side Tamworth on January 1, 2011.

Yussuf made his Tamworth 1st appearance in a Conference National match away to Kettering Town on January 1, 2011, coming in as a 45th-minute replacement for Scott Barrow, and it was a winning start to his Tamworth career as Tamworth ended up winning the game 1–0 owing to an own-goal from Paul Furlong.

Adi Yussuf was signed on a one-year agreement by Burton Albion on August 2, 2011, after a successful trial phase with the club during the 2011–12 pre-season.

Yussuf scored his first goal for Burton in a 6–3 away win against Barnet on October 29, 2011. Yussuf had to wait until August 11, 2012, to score his 2nd goal for Albion, the opening in a 2–2 draw vs Sheffield United in the League Cup, which Albion subsequently won on penalties.

Yussuf signed a one-year agreement with Conference National side Lincoln on May 23, 2013.

Yussuf had a better season on loan, netting three goals in ten games for Gainsborough Trinity, Harrogate Town, and Histon after just making two appearances for the Imps.

Yussuf got his Oxford City start in a 1–0 away win against Hyde United on August 9, 2014, playing the whole 90 minutes.

Adi Yussuf scored two goals in Oxford City’s 3–2 win against Solihull Moors, his first goals for the club coming in the fifth and 27th minutes.

Yussuf got his Mansfield Town appearance in a 1–1 draw with Carlisle United on August 8, 2015, coming in in the 74th minute to replace Nathan Thomas.   Yussuf made his first goal for Mansfield Town in a 4–3 away victory against Dagenham & Redbridge on 3 October 2015, netting the game-winning goal in the 85th minute. Yussuf was given a five-match suspension and a £700 fine by the FA on March 11, 2016, for peeing at behind the stand while warming up as an unused substitute during a League Two match against Plymouth Argyle.

On August 2, 2016, Yussuf signed with Crawley Town on a six-month loan.

Adi Yussuf made his Crawley Town appearance four days later, coming in in the 95th minute to replace Enzio Boldewijn in a 1–0 victory over Wycombe Wanderers.   Yussuf made his first goal for Crawley winning 3–2 away from home against Morecambe on September 24, 2016, opening the scoring in the 72nd minute.   Crawley manager Dermot Drummy said Yussuf’s loan contract had been canceled on December 26, 2016.

He scored on his first appearance two days later, sealing a 3–1 win for Grimsby and putting an end to Carlisle United’s undefeated home record. Yussuf opened the scoring in his second encounter away against Hartlepool United, making it 2 goals in his 1st 2 matches for the “Mariners.”

Adi Yussuf joined fellow National League side, Solihull Moors, on a one-and-a-half-year agreement on January 25, 2018, after his release from Barrow.

On his debut, he scored 2 goals in 2 minutes against Redbridge & Dagenham before being replaced in the 69th minute. In their FA Cup journey to the second round, he scored four goals.

Following the expiration of his Solihull Moors contract in May 2019, he signed a two-year agreement with Blackpool, with a possibility for a 3rd year.

After the team achieved promotion to the Championship, he was discharged by the club at the conclusion of the 2020–21 season.

Yussuf signed a season-long loan with Wrexham on August 28, 2020.

He made his first appearance against Boreham Wood on October 3rd, winning 2–1.

He made his debut for the club two weeks later, scoring twice in a 4–3 loss against Wealdstone.

He scored the second goal in a 2–0 win against King’s Lynn Town on January 30, 2021, in what turned out to be his last game for the club. The loan was canceled on February 1, 2021, and Yussuf rejoined Blackpool.

Yussuf signed with National League club Chesterfield on loan for the duration of the 2020-21 season on February 2, 2021.

Adi Yussuf transfer to Gibraltar to be part of Saint Joseph’s as of July 4th, 2022 was made public, whereby Yussuf’s name was listed as one of the squad members which was going to play against Lame in the Europa Conference League.

Career Opportunities on the International Stage

In August of 2015, Yussuf was called up to the Tanzanian national team.

In March 2016, he rejoined the Tanzanian national team; but, owing to a ban, he was unable to participate in any matches.

Yussuf was incorporated into Tanzania’s provisional 39-man lineup for the Africa Cup of Nations in May of 2019.

Yussuf made his first international appearance against Zimbabwe in a friendly match in Cairo, Egypt on June 16, 2019.

In 2017 Adi founded a Foundation named after himself, after seeing poor and orphaned kids on the streets of Zanzibar, Tanzania. He has been racking up money and sending it to the orphans since then. The Foundation’s most recent endeavor is to seek funds to construct a children’s home in Tanga, Tanzania.

BET365 Tanzania: Everything You Need to Know