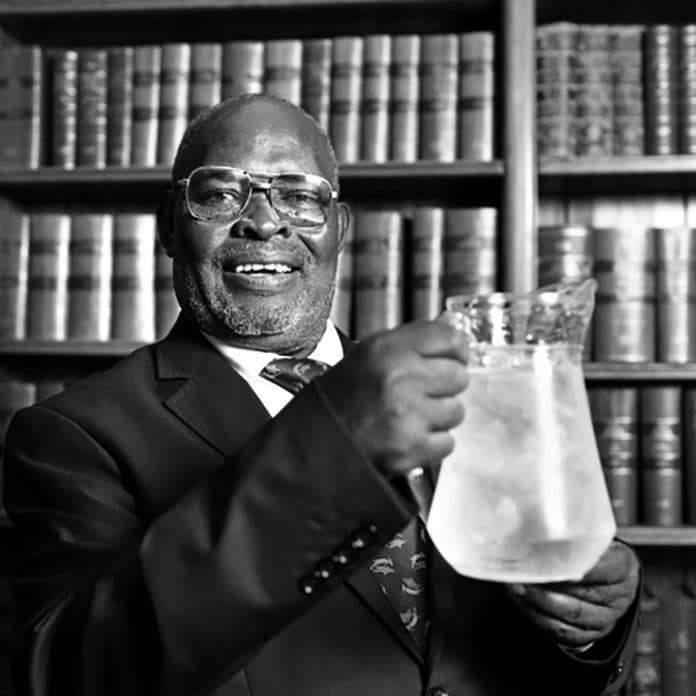 Growing up in Tanzania as a science student, I always wondered if any theory named after an African existed. I remember how we were fond of naming colleagues after famous scientists from Europe. In fact, one of my classmates is still called Schrodinger (the name of a Nobel Prize in Physics winner) today. We were fascinated to learn about Daniel Bernoulli, Blaise Pascal, Amadeo Avogadro, and a host of white men with their findings named in their honor.

I was quite happy just a few years later when I realized there was a scientific phenomenon the Mpemba effect named after someone from Tanzania. He is known as Erasto B. Mpemba. At the time of my discovery, there weren’t many articles about him, and we debated via social media whether his discovery meant a great deal to the science world or not.

Currently, when you search the Mpemba effect wiki or on Google, various journal articles come up on the effect named after him. At the time of writing this article, there are 520 results on Google scholar when you search “Mpemba Effect Physics.” This article does not repeat the information available on the Internet; instead, it takes readers back to the start to understand how such an effect was named in honor of a secondary school learner.

What is the Mpemba Effect?

The Mpemba Effect thermodynamics theory started in 1963, just two years after Tanganyika became independent and one year before Zanzibar and Tanganyika merged to create the United Republic of Tanzania. Mpemba was then in Form 3 at Magamba Secondary School in the present-day Tanga Region. Mpemba used a refrigerator to make ice cream like many other kids. However, he usually boiled a mixture of sugar and milk and allowed it to cool before placing the mixture inside the freezer of the school’s refrigerator. Things didn’t go according to plan one day, and another boy got to the refrigerator before Mpemba after seeing Mpemba boiling his milk and sugar mixture. To take the chance, the other boy mixed milk and sugar quickly and poured the mixture inside the ice tray without boiling.

Mpemba knew that if he waited for the milk to cool before pouring it into the refrigerator, he would miss out on the last ice tray and decided to take a risk by putting hot milk inside the refrigerator. When the two boys came back 90 minutes later, Mpemba’s milk tray had frozen and turned into ice cream already, while the other boy’s milk was still merely a thick liquid and hadn’t frozen yet. However, Mpemba effect science project moment of discovery was soon tarnished.

Apparently, no one in school believed that a young African student could discover such. Mpemba inquired from his physics teacher if such a thing could happen with the hot milk freezing first. The Mpemba effect mythbusters included his teacher who told him such could not happen and that Mpemba was most likely confused. Mpemba believed the answer and the Mpemba effect real theory fail. The teacher lost the opportunity to mentor the young lad.

However, Mpemba didn’t stop arguing, and the last answer the teacher gave him was that that was inverse Mpemba effect physics and not the universally-recognized physics. The humiliation didn’t stop at pedagogical bullying. The student-teacher power imbalance went as far as name-calling. Whenever Mpemba made a mistake while solving any problem, the teacher used the Mpemba effect hoax to refer to the mistake as “Mpemba mathematics.”

Luckily, after conducting another test in the biology laboratory, a third attempt towards the Mpemba effect experiment procedure, everything turned around. Dr. Dennis Osborne of the University College Dar es Salaam came to Magamba Secondary School, and the students were permitted to ask the visiting scholar questions. Mpemba seized the opportunity to ask him why if “one takes two identical jars containing equal quantities of water, one at 100°C and the other at 35°C and place them inside a refrigerator, the 100°C container freezes before the 35°C containers.” Unlike the school’s physics teacher, Dr. Osborne answered him like a scientist and asked whether he had tried it and if the Mpemba effect experiment results were true, and Mpemba answered in the affirmative.

After admitting that he didn’t have an answer to the Mpemba Effect theory, Dr. Osborne pledged to carry out the Mpemba effect experiment when he returned to his base in Dar es Salaam with an effort to make the Mpemba effect solved. This birthed a joint effort that culminated in the production of a seminal article in 1969: Dennis Osborne & Mpemna, Erasto. “Cool?” Physics Education 4.3. Mpemba was ridiculed by many of the Mpemba effect science buddies, who felt he didn’t understand the chapter on Newton’s law of cooling. Eventually, his courage paid off and the Mpemba effect explained a new theory.

How Does the Mpemba Effect Work?

If you’re still wondering what the “Mpemba Effect” really means or is Mpemba effect real, even after reading Mpemba’s account of events, you should learn from his curiosity. Basically, Mpemba effect hypothesis finding implies that opposed to general perception. The Mpemba effect reading answer states that the hot water cools off faster at certain temperatures and freezes quicker than cold water. According to the royal society of chemistry Mpemba effect  phenomenon is indeed puzzling. Thus, it is unsurprising that a Mpemba effect science fair student of Yale University still referred to the phenomenon as a mystery.

The story of Erasto Mpemba effect should be widely taught and publicized to encourage young Africans hoping to become trailblazers in the world of science. What was initially scorned and referred to as Mpemba’s mathematics and physics by Mpemba effect science buddies has become a scientifically recognized phenomenon, thus validating his Mpemba Effect theory.

How to Pronounce Mpemba Effect

The data table illustrating the Mpemba effect theory should include both hot water and cold water. The table should show the measurements in Temperature change and temperature at the end of the trial. It is important to note that the time period used on both the hot and cold water should be equal.

For more articles related to Technology in Tanzania, click here!

Everything You Need to Know About M Pesa Money Transfer Service

Things You Need to Know About Tanzania Phone Numbers

Tanzania Prepaid Water Meters – A Look into the Technology & Sustainability