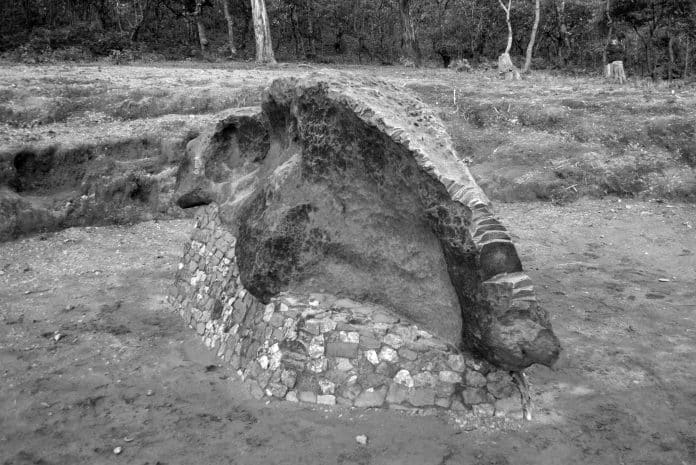 A Quick Overview of the Mbozi Meteorite

Mbozi Meteorite ranks as the world’s 8th biggest, is situated some 65 kilometers southwest of the town of Mbeya, and weighs about 25 metric tons. It is approximately 3 meters long and 1 meter tall.

The Mbozi Meteorite is the most well-known tourist attraction in the Songwe area.

The Mbozi Meteorite has an irregular shape – and rests on the southwest of the Marengi Hill, about 70 km west of the town of Mbeya, and off the route to Tunduma . It is the eighth biggest known meteorite in the world, measuring a whopping 12 tons in weight.

The Mbozi Meteorite is a piece of extraterrestrial material that was big enough to prevent being entirely consumed when it entered the atmosphere of Earth.

However, the piece is tiny enough to escape exploding; just about a third of the estimated 500 meteorites that enter earth each year hit land, and only about 10 are detected and documented.

Locals have known about the Mbozi Meteorite, which they name Kimwondo, for generations, but the lack of legends about its quick and unmistakably fiery arrival suggests that it happened long before the current residents arrived, over a millennium ago. Only the tip of the meteorite was visible when it was formally found in 1930.

The slope around the Mbozi Meteorite was excavated to show the entire meteorite, leaving a pillar of earth behind it that was subsequently strengthened with concrete to act as a plinth. The uneven notches on its pointy end were formed by souvenir seekers chopping chunks off — no simple work considering the strength of the meteorite’s nickel-iron composition.

Because most meteorites are made up of stony-irons or silicates, the Mbozi meteorite is unique due to the fact it is mostly made up of nickel (8.69%) and iron (90.45%), with minor quantities of copper, phosphorus, and sulfur.

A trip to the site of the Mbozi Meteorite is always exciting, more so if you go with a group and use public transportation to get a greater sense of the landscape and experience some adventure. This allows the group to mingle with the locals, who are always willing to share their perspectives with guests.

For more articles related to Geography of Tanzania, click here!