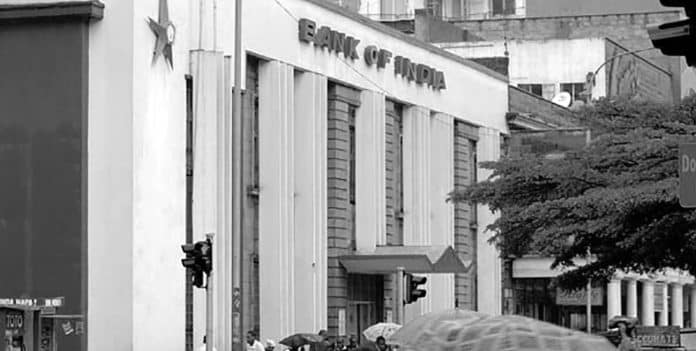 The Bank of India Tanzania (BOI) is a government-owned bank in India. It is owned by India’s Ministry of Finance and has its headquarters at Mumbai’s Bandra Kurla Complex. It was established in 1906 and has been held by the government since it was nationalized in 1969. BOI is one of the founding members of the Society for Worldwide Interbank Financial Telecommunications (SWIFT), which enables the supply of cost-effective communication services and financial processing.

A congregation of prominent business people from Maharashtra in Mumbai, India, founded the BOI on 7 September 1906. BOI was privately operated and owned until July 19th, 1969, when the bank and thirteen other banks became nationalized.

It started with a sole office situated in Mumbai, as well as a 5 million Indian Rupees (USD 66,000) capital, and fifty staff, it has grown into a powerful company with a strong presence nationally and internationally. The bank is ranked 1st among the nationalized banks in business volume.

In India, the bank has at least 5,084 branches, including specialty branches, distributed throughout all states and union territories. A total of fifty-four zonal offices monitor these branches. A total of 60 branches, 5 subsidiaries, and 1 joint venture are located outside India.

In 1997, the bank issued its first public issue, followed by the Qualified Institutions Placement later in 2008 February.

By 1906, when a heterogeneous collection of Hindus, Jews, Muslims, and Parsees, helped form the current Bank of India in Bombay, the previous holders of the name Bank of India had failed and no longer existed. Banks in India at the time were either European-owned or serviced primarily by European interests.

Sir Sassoon David (1849 to 1926) was BOI’s main promoter. He belonged to the Sassoon family, who themselves belonged to a Baghdadi Jewish community found in Bombay reputed for its social services. Sir David lived as a cautious banker, serving as the bank’s CEO from its inception in 1906 until 1926 when he passed away.

The Bank of India Tanzania signed a deal with the Stock Exchange of Bombay to handle its clearing house in 1921.

Following a brief break, BoI resumed international development in 1960, when a branch was created in Hong Kong. In 1962, a branch was established in Nigeria.

Then there were nationalizations both at home and overseas. In 1967, the Tanzanian government nationalized BoI’s activities and merged them with Bank of Baroda operations and numerous other international banks into the National Commercial Bank owned by the government. The Indian government nationalized the top 14 banks, BOI included, in 1969. BoI’s Aden branch was nationalized by the People’s Republic of Yemen that same year, while the governments of Nigeria and Uganda compelled the Bank of India to incorporate its existing branches in those countries. The following year, the Southern Yemen National Bank merged BoI’s Yemen branch with all of Yemen’s other banks to form the National Bank of Yemen. The Bank of India (BoI) was the sole Indian bank present in the nation at the time.

The Bank of Baroda in 1972. The following year, BoI created a representative office in Jakarta.

BoI created another branch in Paris in 1974. It was the 1st Indian bank branch in Europe.

The government of Nigeria bought 60 percent of the Bank of India’s stock in 1976. (Nigeria).

To reflect that it was not a BOI subsidiary anymore, the Bank of India (Nigeria) changed and renamed itself Allied Bank of Nigeria in 1980.

The following year, in 1987, the BoI took over the three branches of the Central Bank of India in the United Kingdom (CBI). The Reserve Bank of India ordered the CBI to shift its branches after it was involved in the Sethia scam and default.

BOI’s board of directors is exploring the option of merging with some other banks on the basis of synergies in their businesses. On 17th September 2017, CEO and managing director Dinabandhu Mohapatra said that BOI is working on improving its procedures and systems before looking into merger options.