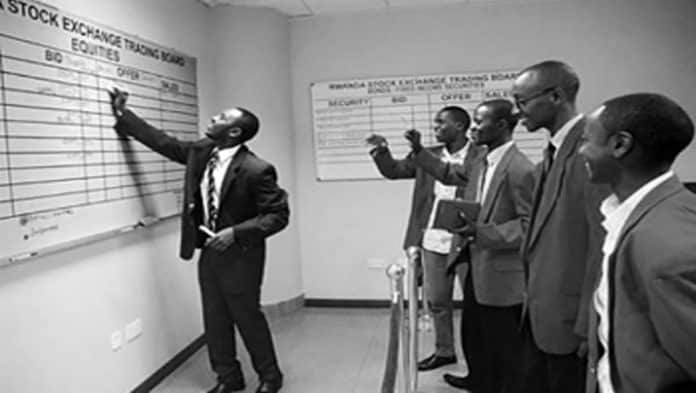 The Dar es Salaam Stock Exchange started its operations on April 15 1998 with the first two companies being TOL Gas Limited and Tanzania Breweries (TBL) respectively, with both of them joining in 1998. The holdup was because of the inevitable background preparations for operations such as the formulation of trading and issuance rules and training of new Dar es salaam stock exchange brokers.

In June 2011, the Dar es Salaam Stock Exchange began its 5-year plan. Its financial year starts on July 1 and ends on June 30. In 2017, it was adjusted to follow the calendar year.

The stock of the company was under the ownership of individuals and corporate entities as of 2019 December. The biggest shareholders are shown in the least below

Dar es Salaam Mobile Trading launched on August 20 2015 to enable people in rural areas where there are no brokers. The platform was named “soko la hisa kiganjani”. A design of Maxcom Africa, it is conformable with all cell phone operators in Tanzania. The objective of this program is to enable more people to take part in the Dar es Salaam Stock Exchange market as presently there are merely 400,000 participants in a nation with 50 million people.  By the end of 2015, more than 1000 entrepreneurs used the program. The popularity of the platform continued to rise and at the termination of 2016 Quarter 1, the number of traders of the mobile platform had risen to 3000.

There were twenty-seven listed companies, eight government bonds and five corporate bonds as of August 2020. The Dar es Salaam Stock Exchange today, has the following market listings summarized in the table below.

Other Important Things About the Dar es Salaam Stock Exchange