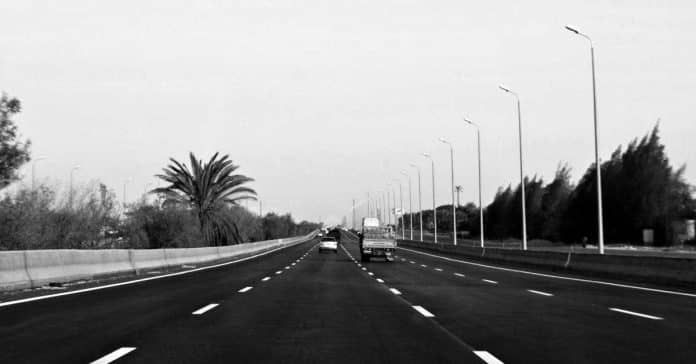 The Cairo Cape Town Highway is a Trans-African Highway Four in the road network that will span across the continent and is being planned by the African Development Bank and the UN Economic Commission for Africa (UNECA), together with the African Union. The route connects Cairo, Egypt, and Cape Town, South Africa, and spans 10,228 kilometres (6,355 miles).

Background of the Cairo to Cape Town Highway

The Cairo Cape Town Highway is quite similar to the Cape Town to Cairo Road, however, there are a few distinctions.

To begin with, the Cairo Cape Town Highway crosses through Ethiopia’s Addis Ababa, whereas the Cape to Cairo Road passes from Kenya directly to South Sudan. Second, rather than passing via Harare, Johannesburg, and Pretoria, the Cairo to Cape Town Highway runs through Livingstone (in Victoria Falls), Bulawayo, Gaborone, and Francistown.

The Cairo Cape Town highway is 10,228 kilometers long. Since South Sudan possesses a paved road to its Kenyan border, a route via southern Sudan, through Khartoum, to South Sudan might eventually be a faster alternative to the old Ethiopian route.

The concept was given a contemporary makeover in the 1980s. Although South Africa was not initially envisioned as part of the route that was planned during the Apartheid era, it is now known that it would extend into that nation. Pretoria was recommended at the end of the consultants’ report, which appears random, while Cape Town, being a significant port, is recognized as the southern terminus of regional roads in Southern African Development Community nations. In the documentation, the Cairo Cape Town Highway is known as the Cairo to Pretoria or Cairo to Gaborone Highway. The moniker “Cairo to Pretoria Highway,” however, may be ignored because the road officially passes through the south-eastern part of Botswana.

The Cairo Cape Town highway stretches between Wadi Halfa and Dongola in North Sudan, as well as the Sudan-Egypt border, and can now be accessed by road via Ashkeet-Ashkeet. The road is shared with the N’djamena-to-Djibouti Highway between Sudan’s Wad Madani and Ethiopia’s Wereta. The Ethiopian segment is entirely paved, albeit much of it runs through steep terrain, making some sections of the route potentially dangerous.

Due to the actions of armed bandits in the northern part of Kenya, the sector has become dangerous. Overland travelers have named the road “Hell’s Road,” yet it is totally paved. The Cairo Cape Town Highway meets the Lagos-to-Mombasa Highway in Nairobi. The T2 Road, which connects Dodoma and Babati in the central part of Tanzania, is totally paved and navigable for most of the year, and the alternate paved eastern road to Iringa through Moshi, Korogwe, Morogoro, and Chalinze, can also be regarded as part of this highway.

The Tanzam Highway, also known as the northern part of the T2 Road (Great North Road) in Zambia, is used between Tanzania’s Chalinze and Zambia’s Kapiri Mposhi through Iringa, Mpika, and Tunduma. This route used to be the only paved link connecting any of the five major regions of Africa before Cairo Cape Town Highway. It connects East and Southern Africa and It is the continent’s most heavily travelled inter-regional road.

The road is fully paved and mostly in usable condition from Kapiri Mposhi through Lusaka and Kabwe to the bridge over the Kafue River, where it is called the Lusaka to Livingstone road, heading south-westerly through Coma and Mazabuka to the Victoria Falls, where it crosses River Zambezi into Zimbabwe and Livingstone. The Beira to Lobito Highway shares the portion between Kapiri Mposhi and the commencement of the Lusaka to Livingstone Road to Kafue’s South.

The Zimbabwean segment of the road leading to Cairo Cape Town Highway is paved, first moving south-east as A8 Road from Victoria Falls up to Bulawayo, then becomes the A7 Road as it moves south-west, crossing the Botswana border (Ramokgwebana River), and arriving at Francistown city. The road stretch in Botswana is fully paved, and it runs as one route (A1 Road) from the Zimbabwean border to the South African border, passing via Francistown, Lobatse and Palapye.