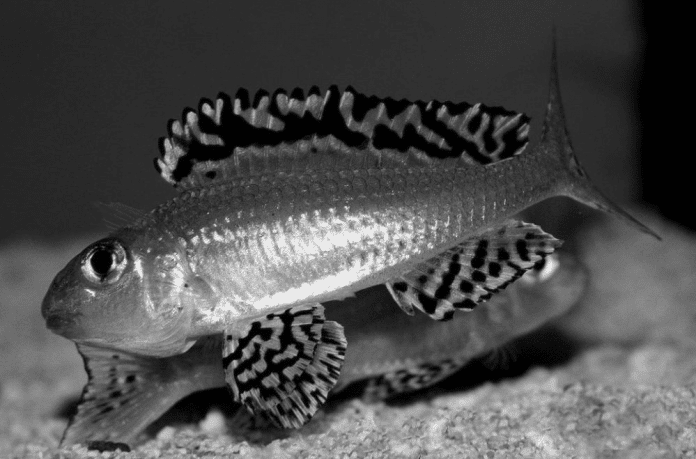 Xenotilapia Papilio is a small sized species that does not grow more than 10 cm (3.9 in) in full length. They do not show a clear gender differences, although mature females, those with mature eggs ready to be fertilized, show a belly that is more rounded.

Xenotilapia Papilio diet consists of invertebrates which it gets from the sediments by through its gills’ filtration. Copepod, ostracod, and insect larvae, algae and sand, are among the substances found in the list of things consumed in their stomachs. This type of species tend to be very territorial and possess mouthbrooder parents. They young ones live in small groups while older ones usually create pairs to protect their territory on the large rock upper face.

The Xenotilapia Papilio species was first recorded in 1989 by Heinz H. Büscher while diving on the west coast of Lake Tanganyika, 40 kilometers (25 mi) south of Moba. Its special name means “butterfly” because Büscher’s friends from Congo coined the name to the fish. The species was introduced at the Zoologische Staatssammlung München by Büscher.

Xenotilapia Papilio species’ range is geographically restricted but still has two different colors: in the Tembwe Deux type locality, they possess a covered dorsal fin that is decorated with spots that are black and white while in the north, adult fish have yellow fins that do not have black markings.