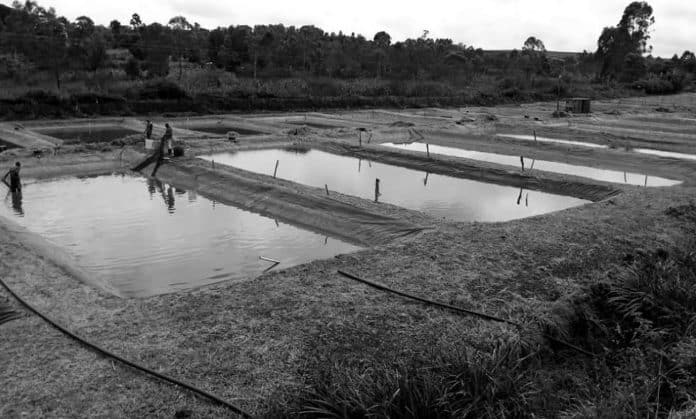 A Quick Snapshot of the Tanzania Aquaculture

Small fish ponds of 150 m2 (10 m x 15 m) are integrated with various agricultural operations such as gardening and bird and animal production.

Presently, Tanzania is projected to have 14,100 freshwater fishponds distributed on the Mainland.

Moreover, a big rainbow trout farm covering an area of 25 square meters is located in Arusha.

Several variables influence the distribution of fishponds across the country, including water availability, suitable areas for fish farming, and community motivation and awareness about the economic prospects of fish farming.

According to the UN Food and Agriculture Organization (FAO), although being extremely profitable on a global scale, shrimp farming in Tanzania is still in its early stages.

According to FAO, “Shrimp farming can be a successful Tanzania aquaculture enterprise, but there are broad reservations about its potential environmental and socioeconomic implications based on worldwide industry observation.”

Recently, seaweed farming has grown in popularity as a source of income in several coastal communities.

Seaweed farming has quickly evolved into one of the most important cash crops in Zanzibar and Tanga, generating enough money to cover family expenses.

Aquaculture in Tanzania on Lake Victoria

Lake Victoria is the largest freshwater fishery in Africa. It is divided between Uganda (43%), Tanzania (51 per cent) and Kenya (6%).

The FMP shows that the Lake Victoria Nile Perch (NP) fishery contributes significantly to the economic and social development of the aforementioned.

In the past 20 years, NP harvests in Lake Victoria have averaged about 250,000 t each year.

The value of Lake Victoria NP product exports has ranged between $250m and $310m every year over the past five years.

The EU was the primary market in 2008 (buying about 60-80 per cent of the total product). Israel, Japan, and the Middle East are among the other markets.

The Tanzania aquaculture sector in lake Victoria had the most fishing units aiming at NP in 2012, as per the most recent available data.

Other Important Things About Aquaculture in Tanzania

A Quick Snapshot of Beekeeping Tanzania