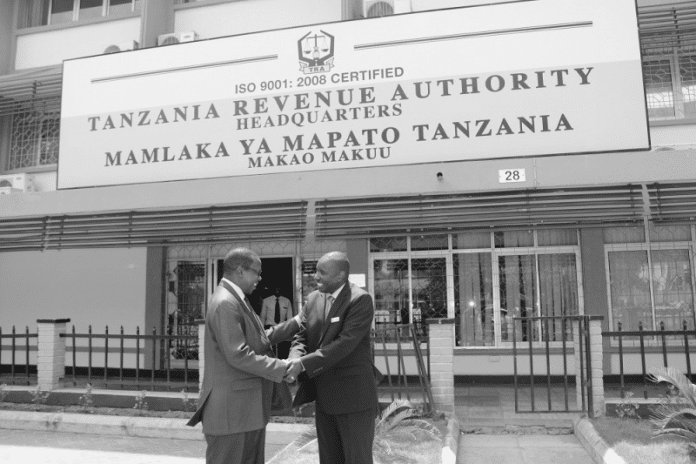 Is the Embassy eligible for excise duty exemption?

Yes! Ambassadors and diplomatic missions have been exempted by the Tanzania Revenue Authority from paying taxes in accordance with the provisions of the United Nations Convention on the Privileges and Immunities.

What is Meant by a Single Customs Territory (SCT)?

It is the acquisition of the Customs Union which is available through the removal of trade barriers including the reduction of internal border controls.

What is SCT Used for Then?

The whole objective of SCT is to facilitate a free flow of goods in the Customs Territory with an objective of creating a reduction on cost of doing business.

What are the Involved Single Customs Territory (SCT) Features?

The following are the characteristics of a single Customs Territory (SCT):

• Products at the first point of entry get cleared;
• Declarations by customs are completed immediately in the country where the goods are going;
• Taxes are paid at the end of the journey while goods are still in the first stage of entry;
• Goods are shipped under a single bond from the port to the shipment’s destination;
• An electronic freight tracking system is used to monitor the cargo;
• Integrated Customs Systems;
• Minimal internal control / audit

When is the Single Customs Territory (SCT) Process Expected to Launch?

The Single Customs Territory (SCT) went active as of January 1, 2014 as an experiment in the Northern Corridor. The Central Corridor trial began in April 2014 and the full East African Community (EAC) operation was scheduled to begin on July 1, 2014.

What are the Single Customs Territory (SCT) Benefits?

• Minimizes the business operations costs by removing processes that are redundant;
• Minimizes regulatory requirements and costs of administration;
• Promotes the free movement of goods, services, labor and capital as required under the Common Market;
• Promoting of domestic, foreign, and border investment;
• Increases trade in locally produced goods especially agricultural products from surplus areas to areas of need;
• Strengthens the relationship between the private and public sectors;
• Develops a mechanism to prevent smuggling at the regional level;
• Reduces risks associated with non-compliance in the transportation of goods;
• Creates a good revenue management system;

What Entities are Part of the Single Customs Territory (SCT)?

Is It True That all People Involved in the Process of Unloading Will Move to Mombasa and Dar es Salaam as the First entry Points for Each Area (Respectively)?

No! Not true. People involved in the evacuation process may choose to work through representatives or may move to Mombasa or Dar es Salaam as the first entry point. 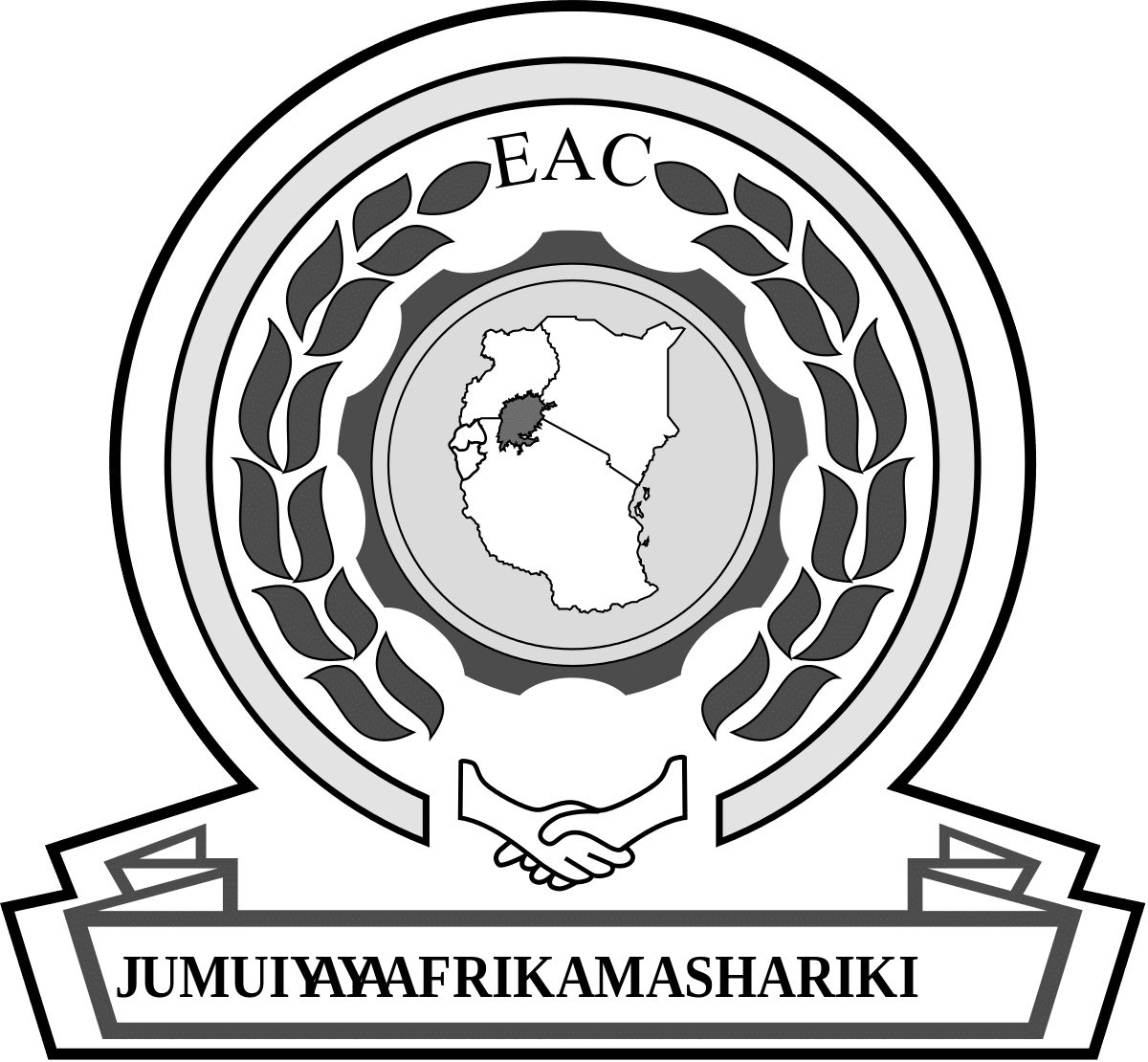 Are Mombasa and Dar es Salaam Just the First Places to Enter?

No! All Customs stations that receive goods from outside the East African Community (EAC) are considered as the first entry points as well as international airports.

How Will the Products be Removed?

Goods will be removed by placing an entry / payment from the country where the product goes to.

Can the Customs Agent in the Importing Country have Access to Services from the First Entry Point?

Yes. Customs systems are web-based and automatically facilitate access and interaction from anywhere.

Is it Possible to Make Transport Declaration within the East African Community (EAC) Under the Single Customs Territory (SCT)?

No! Declaration of transportation will only apply to goods imported from foreign countries and exported to countries outside the East African community (EAC).

Where will the Customs Duty be Paid?

All Customs duties will be paid in the respective places where the good will be going to / importing countries.

Will Clearing Agents have Permission to Operate in the Allied Countries Under a Single Customs Territory (SCT)?

Yes! A shipment agent licensed by a partner country shall be permitted to operate in another country with full recognition by all parties.

Is It Necessary to have a Guarantee of a Bond Under the Single Customs Territory (SCT)?

There will be no product guarantee where taxes been paid in the country concerned. Guarantee will apply to products intended for storage, temporary delivery, shipping and tax deductions / exemptions.

If the Load is Selected for Investigation at the Entry Points, Who is Responsible for Managing the Product on Behalf of the Importer?

Representatives in the first entry point will be responsible for overseeing product inspections.

Is It Possible to Throw / Sell Products in any Partner Country Except the Country Where the Product Goes To After Paying Taxes?

Yes! For loads cleared at the first entry point, there will be minimized controls at the internal border points.

How Will the Domestically Produced Goods be Treated Under the Single Customs Territory (SCT)?

Products produced in the region(s) are not taxed when they are shipped to another member if they meet the East African Community (EAC) standards of original criteria. But these products will be required to be paid in terms of a domestic tax that must be fulfilled before the goods can be removed from the country of origin to the last partner country.

Is the Electronic Freight Tracking System free; If not Who is Responsible to Cover the Cost?

It is not free. The cost will be borne by the shipper.

How will the Single Customs Territory (SCT) Address the Problem of the Number of Bridges for Weighing?

Allied countries are committed to reducing the number of bridges for weighing.

How will the TRA Tanzania Revenue Authority Ensure the Reliability of the Networks?

All required tests will be performed to ensure that the networks are in good condition; before the implementation is done.

What Happens if the Network Fails to Work?

An emergency plan will be in place to ensure continuity of the business.

Who will be Responsible if the Shipment that is Still Bonded Does not Arrive in the Country?

The courier, clearing agent, and the importer will be responsible for any changes in shipments.

Have You Put Under Considers That There Will be Job Losses?

TANCIS refers to the Tanzania Customs Integrated System. The system is built with advanced technology with the aim of increasing efficiency, transparency, effectiveness and reliability in Customs Management. Being a web system TANCIS develops paperless operations resulting in reduced business costs. TANCIS has replaced the previous customs management system – ASYCUDA ++ which has been in use in Tanzania since 2005.

What Customs Functions Systems is TANCIS Connected To?

What Other Tanzania Revenue Authority Systems is TANCIS Interfacing With?

TANCIS has connected with other Tanzania Revenue Authority systems such as the Driver’s Licenses, Central Vehicle Registration System (CMVRS), TIN and ITAX System as well as other key Stakeholder systems.

TANCIS is an important initiative to provide Tanzania Revenue Authority with technology to keep pace with and better address deal with growing international trade and rapid increase of traffic. In recent years, exports and imported goods for domestic market use have seen significant increases, while administrative resources remain unchanged. The favorable investment climate in Tanzania and the political situation in many neighboring countries have contributed to the increase in international trade in Tanzania.

Therefore, there is an ongoing demand from the business community for increased quality and efficiency of services and Customs. The existing Customs management system could no longer support efforts to meet the requirements of Customs and the businesses involved. Semi-automatic operations and non-integrated Customs systems have contributed significantly to the deterioration of experience in the whole freight supply chain. In addition, the Customs System had significantly reduced efficiency in helping Customs control some of the more complex operations. It clearly showed that the introduction of high-tech information and communication technology (ICT) will be essential to achieve the required balance between business facilitation and good governance. In addition, these developments are aimed at promoting more foreign investment, increasing the competitiveness of Tanzanian exporters, and making full use of new business opportunities.

Where Can I Find the Tanzania Revenue Authority Address?