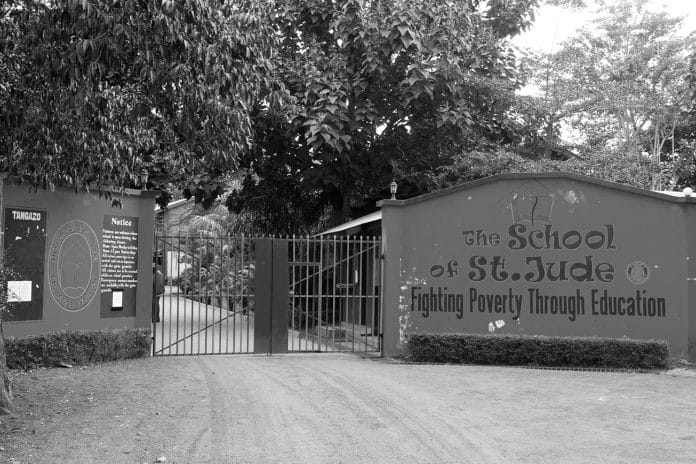 Tanzania’s northern Arusha Region is home to the philanthropic School of St Jude Arusha. There are three St Jude Arusha campuses in the region, which provide free primary and secondary education to children. In addition, it shelters over a thousand students and employs over two hundred and seventy staff.

Gemma Sisia founded the St Jude Arusha in 2002 on the belief that education is the best strategy to overcome poverty.

Australian Gemma Sisia founded St Jude Arusha in 2002 to reduce poverty in Africa. St. Jude is the saint of hopeless causes, so she honored him by naming her school after him. Over 1,800 children from the area’s poorest families attend the school for free. Neither Tanzania nor Australia provides any financial assistance to the organization, relying solely on charitable donations. Sponsorships and donations from Australian families account for 90% of the school’s revenue.

St Jude Arusha accepts approximately 150 new students who have academic promise and genuine financial needs every year. These children are then provided with a world-class education, a safe place to live, and three nutritious meals a day.

St Jude Arusha is made up of three campuses. This district is where the main campus, visitor center, and administrative offices are located. Students in Class 5 and beyond boarded in the Moivaro district, a 15-minute walk from the school’s campus. About a 20-minute drive from primary school, the secondary school campus contains its residential facilities and a 6-acre school farm.

There are 27 school buses at St. Jude’s School. Nearly 30,000 books, CDs, and DVDs are housed in two libraries. Students can use scientific laboratories, sporting fields, computer labs, and art studios. A hot lunch and a snack are provided to all kids each day. Boarding students are also provided with breakfast and dinner; approximately one million meals are served each year. St Jude Arusha is staffed with approximately 270 East Africans and around 15 international volunteers.

St Jude Arusha did not used any quota to fulfill the goal of having half of its students being female. Students are selected for the program based on their demonstrated academic proficiency and genuine financial need.

Upon the recommendation of her father, Sisia went to numerous Rotary clubs in the area. Members of various Rotary clubs in Australia were enlisted by Gemma’s family friend, David Steller, who enlisted the help of local schools. An event was held at a mall where volunteers sold $2 paper bricks to raise money for the construction projects they were working on; they could raise the necessary funds in only a few short months. That’s how it all began for Rotary and St Jude Arusha.

Increased donations resulted from Gemma’s appearances at Rotary Clubs across Australia. Thirteen volunteers from the Armidale Central Rotary Club traveled to Tanzania in 2000 and helped build the first block of classrooms for primary school. The first of many Rotarian volunteer teams to develop a close relationship with the school was particularly significant. Rotarians around Australia helped gather and transport computer parts, teaching aids, school books, sewing machines, sporting goods, and apparel. St Jude Arusha receives a considerable number of visits from Rotarians each year.

Donations to Humanitarian Standing in the United States

The Helen C. and Gordon V. Smith Foundation garrison in Washington D.C. inspires the secondary campus’ name. During a 2004 safari in Tanzania, the tour guide led them to a local public school, where they first became acquainted with St Jude Arusha. As a charitable family, the Smiths have a long history of supporting educational causes. A charity project in Tanzania that provides educational opportunities for underprivileged children inspired them to donate their time and resources. After a few months, the family returned to Arusha toured several schools before settling on St Jude’s. St Jude’s was able to add a secondary school due to their generous donation and personal commitment.

The American Friends of the School of St Jude Arusha, Tanzania, Inc. announced the launch of a new website in September 2016. As a 501(c)(3) public charity, St. Jude’s fundraising operations have been granted tax-exempt status under EIN 47-3077055.

As part of its fundraising and marketing activities, St Jude Arusha welcomes hundreds of globetrotters each year for daily campus tours. It is encouraged, but not required, for students’ sponsors to make a home visit with their sponsored child(ren). Hotel-style rooms may hold up to 60 guests.

As an additional service, St Jude Arusha offers customized itineraries lasting two or three weeks, including safaris to the Ngorongoro Crater national park and Serengeti and stops at tribal communities and Zanzibar.

Exactly forty years ago today, on November 3rd, 1971, Gemma Sisia (née Rice) was born in Guyra, New South Wales, Australia, and grew up on a wool sheep farm. As the only daughter of Sue and Basil Rice’s eight children, Gemma learned to keep up with her brothers by herding sheep and riding horses. Sue Rice and several of her brothers still live on the family farm near Guyra. In 2004, Basil, Gemma’s father, passed on. After accomplishing her secondary education at St Vincent’s College in Sydney, Gemma decided to attend university and pursue a Bachelor of Science degree. She earned a First Class degree in Genetics and Biochemistry from Melbourne University and the Northern Territory.

After completing her college education there, she earned a Diploma of Study from the University of New England in Armidale. At the age of 22, Gemma decided to devote her time to helping the poor in Africa. She worked as a volunteer teacher in Uganda, East Africa, for three years. This event prompted her passion in ensuring that all students had equal access to high-quality educational opportunities. She returned to Australia and launched a campaign to raise money for kids in Uganda who could not afford their education. Having accumulated enough money, she set up an official fund to invest in the education of the poorest children in East Africa. Learning that the funds were not being used properly, she flew back to East Africa to take personal responsibility for them.

Gemma took a break from her duties in Uganda and visited the neighboring country of Tanzania. After a safari, she met Richard Sisia, her vehicle driver, and the duo became inseparable. To start a school for the underprivileged in his hometown of Arusha, Gemma was presented with a small plot of land in 1998 by her husband’s father, Daniel Sisia, Her father-in-law. To offer education to the world’s poorest children in mind, Gemma established The School of St Jude Arusha on this property. Since its inception in 2002, the school has grown gradually from its initial enrollment of three sponsored students.

She was made a Paul Harris Fellow by Rotary International in 2000. Pan Macmillan Australia released Gemma’s autobiography, St Jude Arusha, in 2007, and it spent over two months on the bestseller list. In 2007, the Order of Australia bestowed a new honor upon Gemma’s illustrious career. It aired in the ABC documentary series Australian Story twice, first in 2005 and subsequently in 2009. The Australian Financial Review and Westpac’s 2012 100 Women of Influence recognized Gemma in the Global category. Additionally, she was a contender for the New South Wales Australian of the Year Award.

Things You Need to Know: Freddie Mercury Museum in Zanzibar

A Quick Snapshot of the Nungwi Natural Aquarium