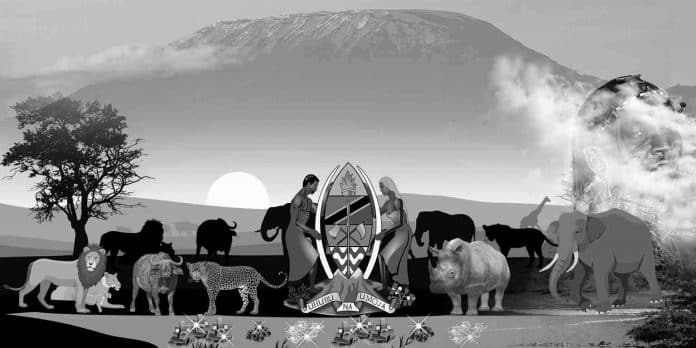 The United Republic of Tanzania Profile in Short

What Country is Tanzania?

The country Tanzania, officially known as the Tanzania United Republic is located in Africa’s eastern side within the Great Lakes region of Africa. Countries surrounding Tanzania are Uganda which is in the north border side; northeastern side is Kenya; eastern side is Islands of Comoros and the Indian Ocean; in the south is Mozambique and Malawi; southernwest is a border with Zambia; and Rwanda, while in the western side is Democratic Republic of Congo together with Burundi. Mount Kilimanjaro, the highest Africa mountain, is also located in the northeast.

The Ancient Country of Tanzania

A discovery of remains of many ancient creatures has happened in Tanzania throughout history, for example the people who lived 6 million years ago called “Pliosene” (Pliocene). Also the so-called “Australopithekasi” (Australopithecus) who lived between the past 40 thousands to 20 thousands centuries ago; and the remains of other Homo species were also discovered and located close to Lake Olduvai. After the introduction of the Homo erectus (Homo erectus) approximately 18,000 centuries past today, humanhood scattered throughout the ancient World, and afterward Australia and the World that was considered new as a society known as Homo Sapiens. Homo Sapiens also filled the whole of Africa that led to the making of other human societies reduced or completely extinct. One of the oldest known tribes still exists, the Hadza tribe (Hadzabe), seems to have originated in Tanzania, and their oral history shows that their ancient ancestors were tall and the first to use fire, medicine, and lived in caves, like Homo eisengus or Homo Heidelibergensiswho lived in this part of Tanzania before them.

Following the Stone Age, the first migration to Tanzania consisted of Cushite speakers who migrated south from modern-day Ethiopia; The Cushites of the East migrated to Tanzania’s Lake Turkana northern side about 20 and 40 centuries in the past; and others called the Nilotes from the south as well as Datoog, who migrated from what is known as South Sudan today to Ethiopia between 29 and 24 centuries ago. The migration happened at a time when people of East African descent in West Africa migrated to Tanganyika and Victoria Lakes. These migrants later spread throughout Tanzania between past 23 to 17 centuries ago.

German colonialism Tanzania’s mainland started in the end of 19th century at the time which Germany established a colony called East Germany in Africa. The British rule was the next colonial power that took over following World War I. This area was ruled officially in what was known to be Tanganyika, together with the island of Zanzibar that remained under different colonial powers. After the independence of Tanganyika in years 1961 and 1963, Zanzibar and Tanganyika regions joined in year 1964 to create what is now known as the Tanzania’s United Republic. In year 1961, these countries formed the British Commonwealth and to this day Tanzania continues to be the Commonwealth’s member as and a Republican entity.

2018 United Nations estimations show that the Tanzania’s population were around 56.31 million, a number that is bit small compared to the population of South Africa. This number has made Tanzania the number 2 in terms of populated countries in equator’s southern side. The number of people is made up of  approximately ethinical groups reaching 120, languages, and religions. Tanzania as an independent state is a republic now that follows the constitution of having a “President” and from year 1996 Dodoma has been official city where the National Assembly, the president’s office, and several ministries of the government are found. Dar es salaam city, which was the old capital, still hosts many offices of the government plus it’s the largest city in the country, the main port, and the main commercial center. The country has a one-party government and the ruling party of the Chama cha Mapinduzi (CCM) in power.

The country Tanzania is a mountainous and forested country in the northeast, location which Mount Kilimanjaro is found. Africa’s three major lakes are also part of Tanzania. Meanwhile, the country’s northern and western side are Lake Victoria, the largest lake in Africa, together with Lake Tanganyika, which is the deepest lake in the continent, famous for its fish species that are rare. On the southern side is Lake Malawi (Lake Nyasa). The east coast has a warm and humid climate, connected to the Zanzibar Islands with Menai Bay Conservation Area (the largest national marine reserve). The falls called Kalambo are part of the Kalambo River bordering Zambia, which ranks second as longest uncharted stream in Africa.

Countries bordering Tanzania are namely; Malawi, Mozambique and Zambia in the southern side, northern side is Uganda and Kenya, western side is Democratic Republic of the Congo, Rwanda and Burundi.

Is Tanzania a Christian Country? No, in terms of size when it comes to religion in Tanzania, Christians are known to be the highest in numbers, on the other end Muslims have the majority share and the remaining portion is people of ancient faiths. At least 100 languages are available in Tanzania, a reality that makes the country one of the most diversified country in the eastern of Africa linguistically. The country has no official language, even though Swahili language is the official language of the nation. Various proceedings in the country are conducted in Swahili and this includes but not limited to parliamentary debates, in low level courts, also utilized as a means of teaching in primary schools. Meanwhile, in business with foreign countries, diplomatically, in high courts, plus in the teaching activities of high schools and universities, English is the means of communication even though the Government of Tanzania plans to decommissioned English as the main language for instructing but will be offered as a voluntary course. Approximately 10% of citizens of Tanzania uses Swahili as their language, and about 90% use it as secondary language.

Other Information About Tanzania Country

Tanzania country code is both TZ is the abbreviation of the country representation with two letters, and/or the code that uses a version of three letters is TZA. Domains internally (hosted in) to the country ends with .tz, example of this is www.test.tz. When it comes to phone code, the following is a quick and important snapshot:

There is so much about the country Tanzania, but this summary is enough to educate anyone about all the aspects they need to know about this country. But you can explore more facts about the country by visiting our other article “Important and Historical Tanzania Facts to Know“.

If you want to know more about the history of the United Republic of Tanzania, visit the full category by clicking here!