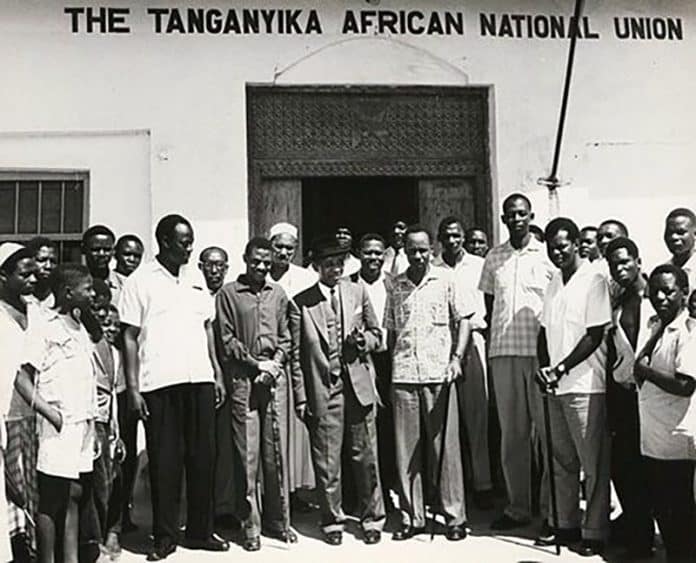 The Arusha Declaration – PART 4 and 5 – TANU Membership and Resolution

Since its inception the party has placed great emphasis on gaining boosting up TANU membership quantity to as many as possible. This was the right policy when fighting for independence. But now the National Leadership team believes the time has reached for us to place more emphasis on our Party’s philosophy and socialist policies.

The section of the TANU Constitution relating to the registration of a member should be followed, and if it is found that a person does not agree with the ideology, goals, and rules and regulations of the Party, then he should not be accepted as a member. In particular, it should not be forgotten that TANU is a union of farmers and workers.

Therefore, the National Executive Committee, having a conference at the Arusha Community Centre beginning 26.1.67 to 29.1.67 decides:

Members of the TANU National Executive Committee; Ministers; Parliament members; senior officials of TANU-related organizations; senior law enforcement officials; all those nominated or elected under any provision of the TANU Constitution; councilors; and civil servants in the upper and middle cadres. (In this perspective “leader” refers to a male or male and his partner; a female, or a female and her partner.)

(b) The Government and other Institutions

Those who hold TANU membership should receive full instructions on the Party’s ideology so that they can understand it, and they should be constantly reminded of the importance of following its principles.