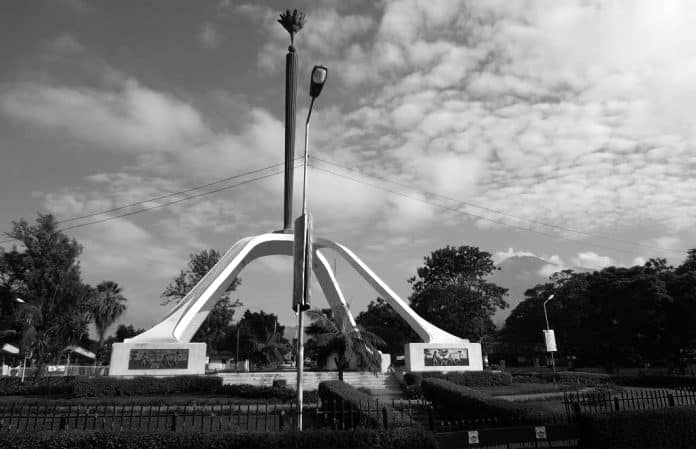 The Arusha Declaration Summary, A Must Know Political Statement

Purposes of the Arusha Declaration

The first part of the Arusha Declaration, the “Ideology” of TANU, outlines the principles of socialism and the role of government.

1. That all people are equal;

2. That everyone has the right to dignity;

3. That every citizen is important in the nation and has an equal right to participate in governmental activities at the local, regional, and national levels;

4. That every citizen has the right to freedom of expression, to freedom of religion, movement, and association in accordance with the law;

5. That everyone and his or her property has the right to be protected by the community in accordance with the law;

6. That every citizen has the right to benefit from the work he does.

7. That all citizens collectively own all natural resources of the country on behalf of their descendants.

8. That in order to ensure economic justice there is a need for the country to uphold the principles of production; and

9. That it is the duty of the state to regulate the economy of the country to ensure the security of citizens and to control the exploitation of individuals or groups by group, and to prevent the accumulation of wealth to a degree inconsistent with a stratified society.

1. Protecting human dignity in response to the Universal Declaration of Human Rights in Tanzania;

2. To strengthen and maintain the independence of the country and the freedom of the people.

3. Ensuring the country is governed by a people’s government with a system of socialist democracy.

4. Collaborate with other African parties fighting for independence.

5. Ensuring the government uses the country’s resources to eradicate poverty, ignorance, and disease;

6. To ensure that the government actively supports the formation and strengthening of cooperatives;

7. To ensure that the government participates directly in the economic development of the country.

8. Ensuring that the government provides equal opportunities for men and women regardless of race, religion or status;

9. Ensuring the government eliminates all forms of exploitation, intimidation, discrimination, bribery and corruption;

10. To ensure that the government manages the principles of asset production and formulates policies that enable the joint ownership of the country’s resources;

11. Ensuring that the government works with other African countries to build the African Union;

12. To ensure that the government works tirelessly to protect the world and bring peace through the United Nations.

The second part of the Arusha Declaration focuses on socialism and some of the key elements of socialism, including the policy to ensure everyone benefits fairly from their hardwork and the importance of leadership and management of resources, services and government, to be under control of workers

. In “a socialist country no one exploits another, but everyone who can work…..earns his income from the work he does”. The “main means of production”, identified by TANU as resources and services and which are largely dependent on people and industry, are “under the control and ownership” of the working class. It is followed by the fact that a democratically elected people’s government is an important part of socialism. Socialist policy, according to TANU, “can be implemented by people who believe in its principles and are prepared to implement it” as well as “people who live by the principles of socialism in their daily lives”.

“We have chosen the wrong weapon for our struggle, because we have chosen money as our weapon. We try to solve our economic challenges by using strong economic weapons – weapons we do not own. In our thoughts, words and deeds show that we have reached the conclusion that without money we cannot bring about the revolution we are aiming for. It is as if we have already said, “Money is the foundation of development. Without money, we cannot be developed ”.

The fourth part of the Arusha Declaration, Membership of TANU, emphasizes the importance of leadership adhering to TANU’s principles and goals and that “above all, TANU is a Farmers and Workers Association”. This good governance policy is in line with section five of the Arusha Declaration which states that the government’s role in this ideology is to take action to “implement the socialist and a self-reliant policy”.