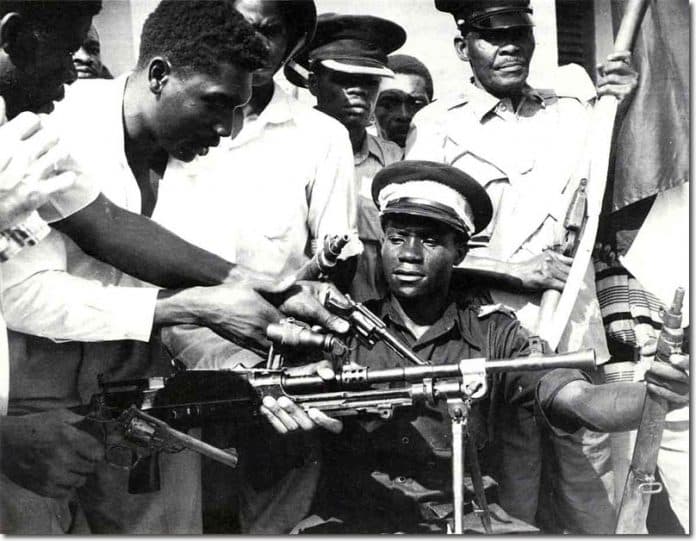 The night of January 11-12, 1964 marked the beginning of dark age years in Zanzibar, about 300 armed men stormed Ziwani police headquarters and Mtoni Zanzibar police station in the city to seize firearms. A second group of people were involved in raiding a Zanzibar radio station with the aim of cutting off communication between the islands and other parts of the world. This is how the rebellion (called acoup d‘etat byits opponents and a revolution by its organizers and supporters) began. Within hours it overthrew the Zanzibar sultanate and its only independent government just one month after Zanzibar gained independence from British rule on December 10, 1963.

Sultan Seyyid Jamshed Abdulla succeed to gather his family and fled. But all civil servants were arrested, including the prime minister, Mohammed Shamte, and his foreign minister, Ali Muhsin al-Barwani. On January 12, 1964, the famous Republic of Zanzibar was established under the leadership of Abeid Amani Karume. In the weeks that followed, firearms were distributed and violence erupted. Leaders of the coup d’état (Zanzibar Revolution) failed to control the situation. The overthrow of the government and the arrest of its members and other political opponents marked the beginning of a period of bloodshed and brutality. People of Arab descent and other foreign groups (Asians and Comoros) were targeted. Shops were looted, houses were set on fire, women were raped, and men were beaten and abused, in the city of Zanzibar and more also in villages outside the city of Unguja and Pemba. Thousands of people lost their lives, fled or were forced to move within the following months. Civil order was restored only after neighboring Tanganyika sent troops.

On April 22,1964, one hundred days after the overthrow of the island’s first independent government, the President of the Republic of Tanganyika, Julius Kambarage Nyerere, and the President of the Republic of Zanzibar, Abeid Amani Karume, signed a coalition agreement that created the United Republic of Tanzania. The islands remained with their government, led by a revolutionary council. The Afro-Shirazi Party (ASP) was officially launched as the one and only legal party. Most of the unrest ended, but the authoritarian government led by President Karume and the 14-member committee did not sympathize with their opponents or those who did not want to get with the program. Former members of the island’s first government were arrested, executed, or sentenced to exile. A small group of Marxist comrades of the Umma Party were released. However, showing loyalty to the ASP did not guarantee security to any individual. Karume always feared the founders and heroes of the ASP, as well as elite officials who had strong political beliefs and who were able to comment on political issues, mobilize large numbers of people and oppose his personal grip on power. As Issa Shivji emphasizes, -Karume had a strong hatred and suspicion for the elite and educated people whom he recognized as his political opponents. Arbitrary rule prevailed in a government that tried to use its monopoly not only to suppress Zanzibar’s intellectuals but also to control the political competition of the people. In this fear mongering regime, public freedom was limited and parties were banned, the media was sensed, and public rallies were not allowed except for youth rallies and demonstrations to promote peace, citizenship, and discipline. The ways of dissemination of old stories, and their use in the field of political competition were aggressively banned.

The story title is calling these events as part of “dark age years” in Zanzibar because they continued for a long period. For example, allegations of conspiracies against Karume in 1969 were used as an excuse to plan mass arrests and to deter and expel potential or alleged dissidents. Three years later, Karume’s assassination on April 7, 1972 sparked a second wave of arrests of former members of the Umma Party who organized or supported the conspiracy. Most of the people detained during the period from 1964 to 1975, have not been found to date.