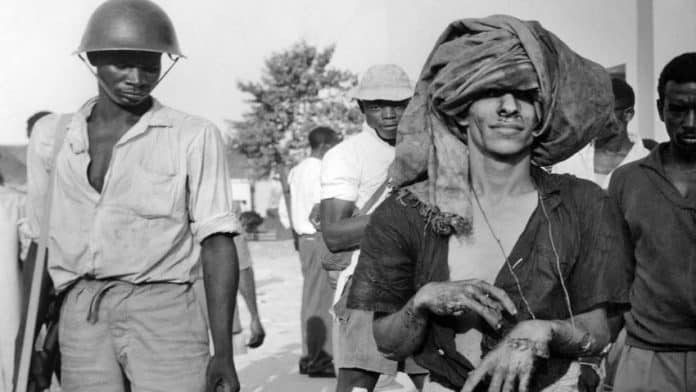 The Entry of Identity Politics on the People of Zanzibar

Recent records of the fall of the first independent government of Zanzibar in 1964 to the end of the authoritarian regime in the mid-1970s, which, based on experience of direct involvement in the events that took place, are directly linked to interpretation of the bloody rebellion of the Revolution. If heated debates on the identity politics of the perpetrators of these riots are commonplace, these questions are unimportant in recognizing the origins of political ideology that were the ideological basis of the Revolution, and these debates were repeated in the dark-dominated post-revolutionary years to this day. As Garth Myers puts it, ―How the [Revolutionary] story is told has been as exciting and informative as the narrative of what happened.

The complex history of the construction of identity in Zanzibar including the ethnic and racial identity politics during the intense political race that preceded independence between 1957 and 1963 is well known, and will be briefly presented here. On the eve of the Zanzibar

Revolution, the mixed culture of Zanzibaris – built on the cultural symbols of Islam, the Arab culture of the Arabian Peninsula, the Kiswahili language, and the area of ​​the island with its distinctive borders – began to divide into ethnic and racial criteria. Two conflicting theories on national identity, citizenship, and central government, built on the concept of racism, were promoted by scholars and propagandists whose words were propagated through newspapers. These propagandists were the leaders of the most influential social parties, which later became political parties. Arab intellectuals developed indigenous nationalism rooted in the common and Islamic culture of Zanzibar, but they did not want to recognize the citizenship and political rights of Africans from the Mainland. On the part of the political activists who declared themselves to be “Africans,” they promoted the nationality of black Africans in support of spread the idea that the islands were invaded by foreign Arabs and should be returned to their native owners, black Africans.

After 1964, an explanation was placed on the table for discussion by the new incumbent government that the January military coup that led to the overthrow of the Arab minority dictatorship, represented by the sultan of Oman and his government in the islands, where caused by the population whom the vast majority are of indigenous Africans that had been deprived of their natural right to freedom for centuries by that regime. That uprising was seen as ―the first African revolution in East Africa. Investigations into this incident has put in the spotlight the quest to explore how Zanzibar ended up with a single-party [Meaning it was not clear. Are we saying that Zanzibar started with one party only and that it was further disintegrated into two or more parties?] and the revolutionary government since 1964. Sustainable control of public and academic environment has contributed to the spread of liberation ideas and nationalism as a means of revenge. In a controversial book, Zanzibar: The 1964 Revolution by Omar Mapuri, a high-ranking politician, the Revolution is described as a logical

consequence of centuries of oppression and humiliation in Africa. History formalized or challenged by the government as well as Swahili literature has also contributed to the refinement of this belief of the past. History shows the extent to which the Swahili novels used in the secondary school curricula reflect the social and economic inequalities that are deeply rooted in the Arab and African divisions. These textbooks about the Revolution are government propaganda tools.

Today, the Zanzibar government still calls itself a revolutionary. The children of the leaders of the period 1964-1975 are among the top political leaders in power today. Every January 12, the government organizes celebrations commemorating the Revolution and in celebration of the father of the nation, Abeid Amani Karume. It therefore creates and propagates the image of its power with the intention of silencing alternative representations. However, alternative thinkers of Islam in Zanzibar and other nationalities in the world continued
share their own notions within the immediate social groups (family, friends, and exile groups) that the government cannot easily control. Similarly, apart from the official history of the government, the new perspective on the revolution is defined and defended by highly respected Tanzanian scholars. The existence and distribution of these contradictory texts, which have a unique perspective, indicate that there is no single version of history in today’s records. The ideas of identity politics, citizenship, and supremacy associated with the nationalistic narratives on which the representation of the Zanzibaris community was built, still divides people forty-five years after the Revolution (such division of people can be explained better in our other article “Opposition Leaders Treason Charges and Death Sentences (2000)“).