The Battle of Zanzibar is a battle between the Royal Navy of the British Empire and Germany’s Kaiserliche Marine during World War I. A German warship, SMS Konigsberg, while taking coal on the Rufiji delta in German East Africa, learnt that a British ship, HMS Pegasus, which was part of the Royal Navy’s Cape Fleet, sent out to ward off Konigsberg, had berthed in Zanzibar for maintenance and repair. The commanding officer of SMS Konigsberg, Commander Max Loof, decided to launch an assault on Pegasus while in port.

On September 20, 1914, Konigsberg moved past HMS Helmuth, the picket boat stationed at the entry point to Zanzibar harbor. Helmuth could not inform Pegasus of the impending assault. When Konigsberg eventually fired, Pegasus was entirely taken by surprise. Therefore, Pegasus suffered extreme devastation before she could fire back.

The guns on Konigsberg had greater range than the ones on Pegasus. Consequently, Pegasus was unable to inflict any damage on her adversary. The uneven contest ended in victory for the Germans. Pegasus later sank that day after losing 38 crew members.

Background of the Battle of Zanzibar

The Battle of Zanzibar started soon after the start of World War I, on September 19, 1914, Commander M. Loof of the light armored warship SMS Konigsberg was packing coal in the Rufiji delta when coast watchers informed him that a British battleship had sailed into Zanzibar harbor. Loof presumed the ship at Zanzibar was either HMS Pegasus or HMS Astraea and immediately ordered an assault. Since Konigsberg was recently supplied, she was battle-ready. Konigsberg set sail on the afternoon tide for the trip to Zanzibar.

Under Captain John Ingles’ command, Pegasus had just parted ways with HMS Hyacinth and Astraea for repairs to her engines and boilers at Zanzibar. The British had also armed HMS Helmuth, the captured tug belonging to Germany, with a three-pounder gun and stationed her as a picket ship at the harbor’s entrance. 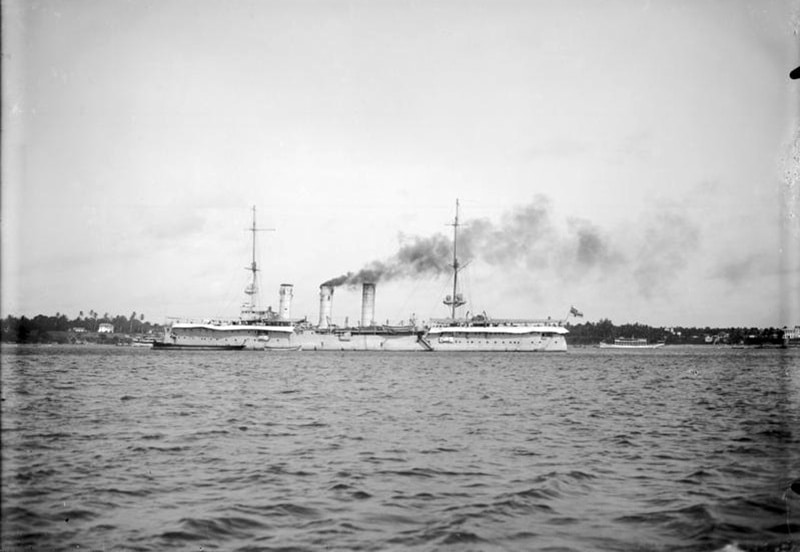 Konigsberg was constructed in 1905. It was equipped with ten 5.2cm anti-torpedo-boat pieces, ten 10.5cm quick-firing guns, and two 460 mm (18-in)torpedo tubes. Pegasus was a Pelorus-class protected cruiser constructed in 1897. It was equipped with eight three-pounders, two 18-inch torpedo tubes, and eight QF 4-inch guns. Her complement comprised 234 men and officers.

The Events and How the Actual Battle of Zanzibar Happened

At daybreak on September 20, Konigsberg made her way to the southern edge of the Zanzibar harbor and moved past the picket ship Helmuth, firing a couple of warning shots as she passed. Helmuth could neither warn Pegasus of the impending arrival of the cruiser nor stop the Konigsberg from entering the harbor.

As soon as Konigsberg came within 8,200 m (9,000 yds) of Pegasus, she started firing salvos. Pegasus was at anchor at the harbor, preparing steam, and was helpless at that point. Pegasus remained motionless for close to 20 minutes while Konigsberg fired. Pegasus raised the White Emblem and started firing. However, her shells splashed into the water and didn’t reach Konigsberg. The light cruiser moved forward slowly and kept firing until the range had reduced to 6,400 meters (7,000 yds). One of the first British sailors injured was Lt. Richard Turn (a gunnery officer), whose two legs were mutilated by shrapnel. In spite of his injuries, he encouraged his men and told them, “Keep it up, boys, we are outmatched and defenseless; but pay no heed to them and keep up the tempo!”

The British persisted with their fruitless fight for approximately 20 more minutes, taking more hits from the German ship, the majority landing on the deck of Pegasus. During the battle, her emblem was shot off. Due to the fact that the German ship was at least 1,800 meters (2,000 yds) beyond the range of Pegasus’s guns, Konigsberg was untouched.

Pegasus got trapped close to the waterline and started taking in water. With all hopes of overcoming the Germans gone, Captain Ingles lowered the flag and ordered everyone to abandon the ship. Pegasus eventually went under.

After Konigsberg was done with Pegasus, she fired a couple of shots at Helmuth, whose crew had managed to leave the ship before one of the salvos fired by Konigsberg hit the ship. Konigsberg turned and sailed back to the Rufiji delta after the resounding victory.

Aftermath of the Battle of Zanzibar

The British Royal Navy’s losses were Helmuth damaged and Pegasus sunk. A total of 38 British sailors on Pegasus had died. Another 55 were injured, most of whom were topside when the attack occurred. Staff Surgeon Alfred Hewitt was on the deck of Pegasus from the start to the end of the Battle of Zanzibar, helping wounded marines and sailors. Captain Ingles recognized Hewitt’s brave behaviour in a report of the incident. Although Helmuth was hit by Konigsberg, the damage to the tug was not devastating, and the crew managed to board again after Konigsberg had sailed away. Only one person on board Helmuth died – a non-enlisted native working in the engine room. 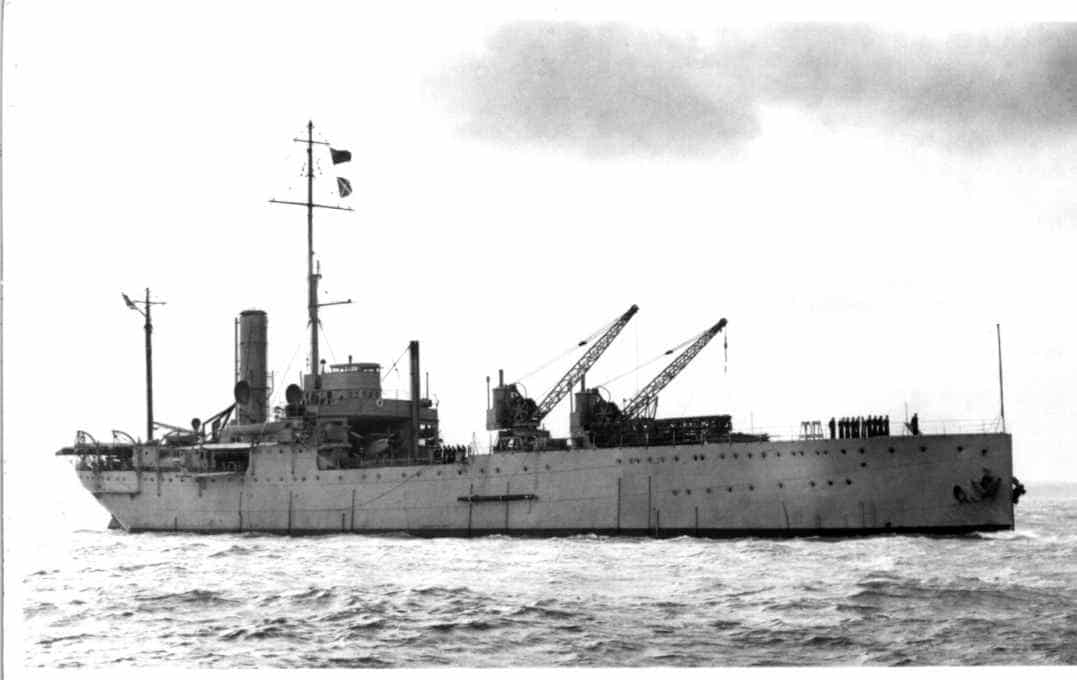 The Scottish merchant ship SS Clan Macrae and the hospital ship Gascon saved the survivors of Pegasus. 24 of the dead British sailors were interred in a mass grave in the naval cemetery located on Grave Island in Zanzibar. Fourteen others were buried at the town’s cemetery before they were later moved to the Dar es salaam war cemetery in 1971. The British were able to salvage six of Pegasus’s ammunitions from the wreckage. The guns were later used in the Battle of Zanzibar to control the land campaign in East Africa.

Although Konigsberg suffered no casualties or hits during the Battle of Zanzibar, Loof’s plans to persist with the assault were cut short because one of the ship’s principal engines failed. Since the British forces were monitoring the Dar es Salaam port, she had to head back to the delta of River Rufiji to wait for the overland shipment of spare parts. Soon, the British found out the location of the Konigsberg and laid siege upon her. They damaged her completely in the Battle of Rufiji Delta after they had brought up HMS Severn and Mersey that July.