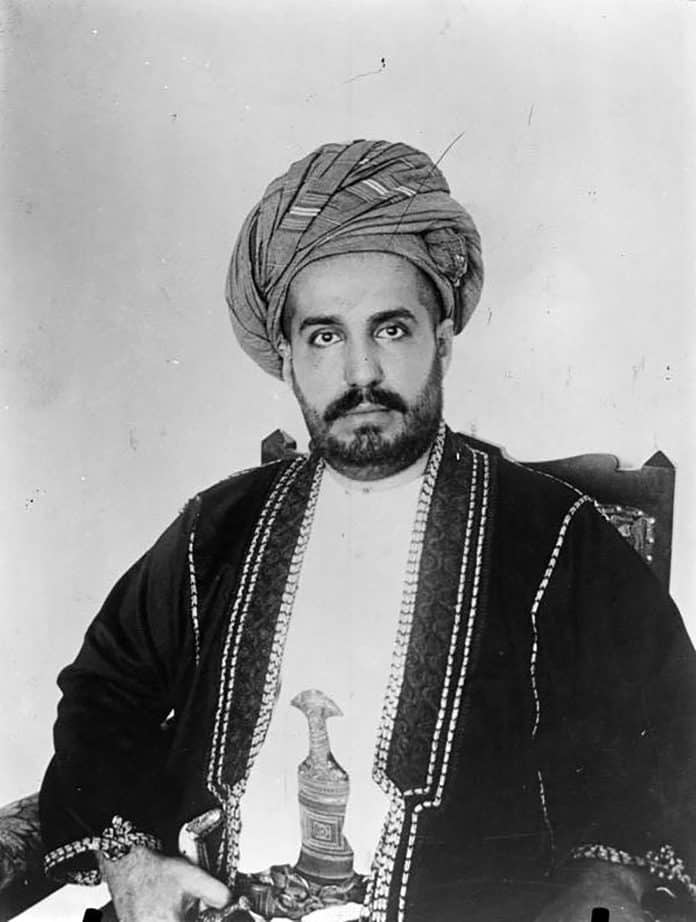 Sayyid Khalid bin Barghash was aged sixteen when the ruling Sultan Sayyid Khalifa bin Said Al-Busa’id, Bargash bin Said’s successor, died on February 13 1890 after a brief rule of two years. Sayyid Ali bin Said Al-Busa’id succeeded him. Soon afterward, the UK and Germany signed Heligoland Zanzibar Treaty in July 1890, in which the Germans agreed to “acknowledge Britain’s protectorate over… Pemba and Zanzibar islands”, the Sultan was compelled to submit to them. During his rule, a political list was set up lowering his earnings, and then Consul Portal Gerald established several ministries, inclusive of the police force, each headed by a European.

Rennell Rodd came to Zanzibar on the first of 1893, when Sayyid Khalid bin Barghash was nineteen years old, as a replacement for Gerald Portal. The sick Sultan’s succession was immediately considered, and three possibilities arose. “One of them was Khaled, Barghash’s son, a rather belligerent eighteen-year-old; the other was forty-year-old Hamed Bin Thwain, son to Barghash’s dead brother, a person of renown good character, and an Arabic literature student; and lastly was Mahmoud, the ruling sultan’s elder cousin.”  However, Khalid was considered undesirable by Rennell Rodds due to other reasons in spite of his strong claim to the sultanate.

When Rennel Rodd last visited the Sultan, in March 1893, during the time which he brought Cecil Rhodes to his court, it was apparent that the sick Sultan would not live long. As a result, he made arrangements for nightly and daily signals be swapped with HMS Blanche and HMS Philomel, where marines with machine guns were set to be on standby. As expected, Sayyid Ali bin Said Al-Busa’id passed away on 5 March 1893. Khalid was admitted to the palace by the aunt, Bi. Zemzem Binti Sa’id bin Sultan, the late sultan’s sister, adored him. Rennell Rodd, on the other hand, quickly ordered the arrival of two hundred machine-gun wielding marines, while Lieutenant Hatch’s police force was positioned around the town and palace. On Refusal of permission to access the palace, Khalid was given an ultimatum with the warning that if the entrance was denied, the palace’s doors would be blasted open within five minutes. Khalid was reprimanded and placed under house arrest after forcibly entering the palace, and Hamad bin Thuwaini was appointed as Sultan after accepting the terms that Rennell Rodd had “well-considered and arranged in advance”.

In some ways, the events seen in 1893 were replicated in 1896, amplified on a far bigger scale. Khalid temporarily governed Zanzibar (25 August- August 27, 1896), gaining control following Hamad bin Thuwaini’s untimely death, which many think was caused by Khalid’s poisoning.  The UK refused to acknowledge his claim as the next sultan, citing an 1866 contract that stipulated that another Sultan could succeed to the throne only with British consent, precipitating the Anglo Zanzibar War, which was the world’s shortest war. Throughout the “battle,” Royal Navy ships bombarded the palace for thirty-eight minutes before receiving a capitulation.  This time, 500 or more members of Sayyid Khalid bin Barghash of Zanzibar’s retinue were killed, martial law was declared, and numerous Omani sheiks suspected of involvement were arrested and sent to Machakos. Khalid took sanctuary at the German embassy after fleeing his castle through a rear entrance.

In September, British Consul Basil Cave, who had served as Vice-Consul during the time Rodd deposed Khalid 3 years earlier, notified Marquess Salisbury, the Foreign Secretary, that Khalid remains indoors with all entrances guarded on its inside by 10 armed marines or sailors from a man-of-war habour of the Germans.  The Consulate being regularly monitored and guarded by personnel working for Sir Lloyd Mathews “.

Albrecht von Rechenberg, the Consul residing in Zanzibar, communicated to Cave in October 1896, stating, “Mr. le Gerant, I have the honor of informing you of my nation’s directive to send Khalid bin Bargash to the city of Dar es Salaam. The transfer will take place without Chalid coming into contact with the Zanzibar soil “.

The events unfolded as Rechenberg predicted, Sayyid Khalid bin Barghash of Zanzibar was safely transported to Dar es Salaam on the SMS Seeadler, a ship moored outside the Imperial Consulate. He was granted political refuge in East Africa colonized by the Germans. In the years that followed in Dar es Salaam, Khalid enjoyed the prestige and advantages accorded to royal individuals in exile, he was also present at several significant government events, such as Bernard Dernberg’s official visit as the new Colonial Secretary of the Germans.

As per one source. In Dar-es-Salaam, Sayyid Khalid was established in a beautiful mansion and was authorized to fly the Sultanate’s crimson flag.

Sayyid Khalid bin Barghash of Zanzibar was seized in 1917 by British forces during the First World War, likely at Dar es Salaam, but maybe elsewhere, and banished to Saint Helena, the same island to which Napoleon had previously been exiled, and then to Seychelles. Winston Churchill, Secretary to the Colonies, sent a letter to Seychelles’ administrator (March 22, 1922) saying: “It was agreed that Khaled bin Bargash, as well as his dependents, would be permitted to remain in Mombasa in the future.”  Khalid died five years after his return to Mombasa on 15 Ramadhan 1345 March 19, 1927.

During his exile to Seychelles, Khalid was prevented from accessing his substantial real estate holdings in and around Mombasa, as well as the profits generated by them.

The Legacy of Sayyid Khalid bin Barghash of Zanzibar

Sayyid Khalid bin Barghash of Zanzibar was the father of a minimum of five boys and a girl. They were finally allowed permission to go back to Zanzibar, however, their sole remaining property was found in Dar es Salaam. Majid was listed among the sons who assisted Frederick Johnson in compiling his Standard English- Swahili Dictionary.