When going through Tanzania history summary, the calendar of various events described in this article takes a spotlight in telling us where Tanzania comes from (history of Tanzania), is and going. These events include change of laws, change of borders, and political events within Tanzania as well as the countries that are its actors.

Year and date: 3000BC
Event: Proof of indigenous ceramics and agricultural activities going as far back as this millennium existed in the coast of Tanzania and surrounding islands.

6th Century BC History About Tanzania

Year and date: 600BC
Event: Evidence of internationally traded merchandise such as Graeco-Roman earthenware, Syrian glass vessels, Sassanian stoneware from Persia and glass beads within the 6th century are discovered at the delta of Rufiji River.

Year and date: 100BC – 300AD
Event: The first settlements in the Swahili coast show up on the records of archaeology in Kwale in Kenya, Misasa in Tanzania and Ras Hafun in Somalia.

Year and date: ~1AD – 50AD
Event: The Periplus of the Erythrean Sea, a graeco-roman original copy is documented. It portrays the East African coast (Azania) and a set up of the route used in the Indian Ocean Trade activities

Year and date: 100AD – 600AD
Event: Hundreds of years ahead of the metallurgists from Europe, the Haya tribe located in the western shores of Lake Victoria make carbon steel.

Event: Development of Azanian and Zanj settlements along the Swahili coast. Nearby industry and international exchange prospered.

Year and date: 630AD – 890AD
Event: Archeological proof shows that crucible steel is produced at Galu, the southern side of Mombasa. Metallurgical examination of iron artefacts shows that the strategies utilized by the residents of the Swahili coast mixed methods utilized in other African locales just as those in West and South Asian destinations.

Year and date: 1000AD – 1200AD
Event: The most aged text in Swahili in existence date to this period. They are written in old Swahili content (Swahili-Arabic letter set) borrowing from Arabic letters.

Year and date: 1498, 25 February
Event: Portuguese traveler Vasco da Gama turns out to be number one white man to arrive at the East African Coast, up to Kilimane, where he stopped for 32 days.

Year and date: 1505, August
Event: Chief John Homere, of the Francisco de Almeida, catches the islands of Zanzibar, turned them into one of the regions under the Portuguese Empire.

Event: Zanzibar was placed under the rule of the Sultan of Oman.

Event: More than 100,000 slaves are trafficked to Zanzibar as part of the Arab slave trade.

Year and date: 1822
Event: United Kingdom signs a treaty with Sultan Seyyid Said to begin the abolition of Zanzibar slavery.

Year and date: 1856
Event: Sultan Seyyid Said death happened at sea and is sultanate ended up being inherited by his male children Thuwaini bin Said, in Muscat and Oman and Majid bin Said, in Zanzibar.

Year and date: 1857, 26 June
Event: English adventurers Richard Burton and John Speke went for an expedition from Zanzibar to the coast of Easter Africa and began their investigation of the East African region.

Year and date: 1858, 13 February
Event: Burton and Speke reach Lake Tanganyika, the first known Europeans to do so.

Year and date: 1873
Event: Sultan Barghash bin Said of Zanzibar stops the export of slaves over the sea.

Year and date: 1885, 3 March
Event: The German government announces its intention to establish a protectorate in East Africa.

Year and date: 1886, 1 November
Event: A treaty is set up by both Britain and Germany to assign a 10-mile (16 km) wide portion of land along the coast to be under control of Sultan bin Said, alongside Zanzibar, Pemba, and Mafia. The territory that is later known as Tanganyika was given to Germany while the region to become recognized as Kenya got placed under Britain.

Year and date: 1888, April
Event: The German East Africa Company rents the seaside strip next to Zanzibar from Sultan Khalifah bin Said for a period of half a century.

August 1
Event: The Sultan of Zanzibar signs an anti-slavery decree.

Year and date: 1896, 27 August
Event: The Anglo Zanzibar War is fought between Zanzibar and the United Kingdom. It took roughly 38 minutes and is the briefest battle ever.

Year and date: 1898, 19 July
Event: Following long periods of defending his territory, Chief Mkwawa of the Hehe is surrounded by German warriors and decides to end his own life to avoid capture.

Year and date: 1905, July
Event: The Maji maji War begins as a violent protest against colonial rule in Tanzania.

Year and date: 3 November
Event: The Battle of Tanga, with the first major military participation in the First World War, begins. (until 5 November)

Year and date: 1916, 4 September.
Event: Dar es Salaam is full of troops from the UK and South Africa.

Year and date: 1919, 28 June
Event: After World War I, the Treaty of Versailles divides Germany of East Africa, with Britain taking over much of the territory and calling it the Tanganyika territory.

Year and date: 1946, December 13th
Event: The British Authority over Tanganyika is transformed into a United Nations Sponsorship

Year and date: 1959, June 9
Event: Germany returns the skull of Chief Mkwawa of the Hehe (died 1898) to Tanzania and is on display near Iringa.

Year and date: 1961, October
Event: The University of Dar es Salaam is being established as one of the three universities that make up the University of East Africa, with 14 law students.

December 14th
Event: Tanganyika joins as one of member states of the United Nations.

Year and date: 1963, 16 December
Event: Zanzibar becomes a member of the United Nations

December 19th
Event: Zanzibar gains independence from the British, and becomes a country with a constitutional monarchy.

Year and date: 1964, January 12
Event: The Zanzibar Revolution is being carried out by indigenous Africans and they are overthrowing the Sultan of Zanzibar and his Arab government. Sheikh Abeid Karume is made the President of Zanzibar, the first one in the history of Zanzibar.

Event: Nyerere is sworn in for a second term.

Year and date: 1969, September 24
Event: Arusha Agreement is signed between the European Union and the East African countries of Kenya, Tanzania and Uganda.

Year and date: 1973, February
Event: The Tanzanian Parliament is relocated to Dodoma from Dar es Salaam.

Year and date: 1976
Event: Archaeologist Mary Leakey and her team discover the footprints of an ancient man in Laetoli, south of Olduvai Gorge.

April 18
Event: The border between Tanzania and Kenya is closed.

April 25th
Event: The Constitution of Tanzania is passed.

Year and date: 1979, April 11
Event: Tanzanian forces capture the Ugandan capital, Kampala and announce the end of the Uganda-Tanzania war and the end of Amin’s rule.

Year and date: 1983
Event: AIDS is being discovered for the first time in Tanzania in Bukoba district, Kagera region.

Year and date: 1984, January 31
Event: Ali Hassani Mwinyi is sworn in as the third President of Zanzibar and Vice President of Tanzania. 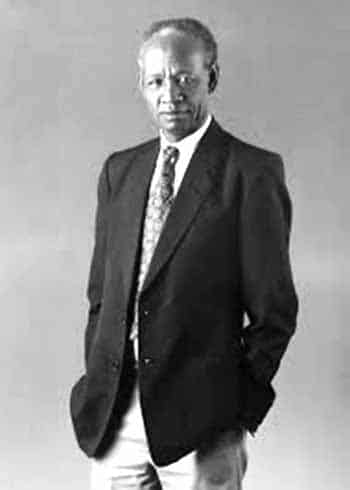 Year and date: 1990, October
Event: Ali Hassan Mwinyi wins the one-party election with 95.5% of the vote, and is sworn in for a second term.

November 23
Event: Benjamin Mkapa is sworn in as the third President of Tanzania.

November 30th
Event: The East African Community Treaty is being signed in Arusha between Kenya, Tanzania, and Uganda.

21st Century and a New History of Tanzania

December
Event: In a controversial situation the government decides to buy a radar for as much as 28 million pounds.

July
Event: Mkapa government is missing out on buying a presidential plane for £ 15 million shortly before reaching an agreement with Britain over £ 270 million in aid.

Year and date: 2003, December
Event: Kipunji, a new species of monkey, is found in Tanzania – and has become the first and newest species of African monkey since 1974. It was also discovered in July 2004.

Year and date: 2005, 14 December
Event: General elections are held. Anna Senkoro of the Progressive Party of Tanzania – Development becomes the first woman to run for the presidency of Tanzania

Year and date: 2006, 11 May
Event: Scientists report that the Kipunji monkey found in 2003 comes from the African monkey genus – and is the first species to be discovered since 1923.

Year and date: 2008, 6 February
Event: A parliamentary committee reports on corruption within the cabinet.