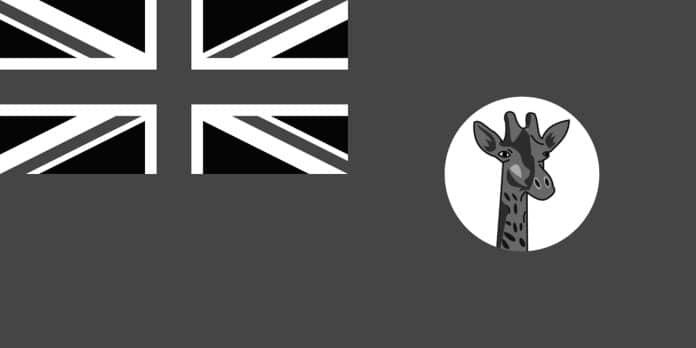 Tanganyika territory was an East African colonial region ruled by the UK under several names from 1916 until 1961. Initially, it was governed by a military occupation authority. It was formally established as a LofN [League of Nations] mission under British control on the 20th of July 1922. The United Kingdom managed it as a UN trust territory at the beginning of 1946.

Tanganyika territory was a German colony in GEA [German East Africa] prior to WW1. During the East African Campaign, it was progressively captured by soldiers from the British Government and the Belgian Congo, though German resistance persisted until 1918. Following this, the LofN formalized the United Kingdom’s control of the region, renaming it “Tanganyika.” Tanganyika was a LofN mandate held by the United Kingdom until WW2 ended, after which it became a UN trust territory. Tanganyika territory achieved its liberation from the United Kingdom in 1961. One year later, it transformed into a Republic. Tanganyika is now a part of Tanzania, which is a modern-day independent sovereign state.

Etymology of the Tanganyika Territory

The Tanganyika territory’s name is derived from a massive lake to the west. When Henry Morton Stanley visited Ujiji in 1876, he discovered the phrase “Tanganika.” Locals were unsure about its precise meaning and speculated that the name meant “the huge lake extending out as a plain” or “the lake that seems like a plain.” according to him.

The British picked the name “Tanganyika territory” as part of the Versailles Treaty, and it became effective when Britain acquired complete command of Tanganyika in early 1920. To substitute “Deutsch Ostafrika” or “German EA,” Britain required a new name. Several names were proposed, notably “Smutsland” in honor of General Jan Smuts (which was rejected because it was “unattractive”), “Windsorland” and “New Maryland,” in honor of Britain’s Royal Family‘s new surname, and “Victoria” in honor of both the Queen and the lake. “A local name prominently identified with the country be selected,” the Colonial Assistant stressed. The names “Kilimanjaro,”[highest Mountain], which is similar to “Kenya,” and “Tabora,” which is named after a city and trading center near the country’s geographical center, were considered and but turned down. Then, after a “junior administrator suggested that the ‘Country’ was very much following the LofN mandate,” the second in Command to the Colonial Assistant suggested “Tanganyika Protectorate” after the Lake Tanganyika; That was approved.

History of the Tanganyika Territory

The area that constituted Tanganyika territory was frequently visited by Arab traders looking to purchase ivory and slaves. When Seyyid Said took power in 1806 and declared Zanzibar a member of the Kingdom of Oman, Omani stakes in Tanzania started to increase. Oman started developing in the area more intensively in the early nineteenth century, with British help, in order to hinder French expansion in the Indian Sea and to increase Oman’s riches and importance. Trade caravans started to migrate deeper into the globe, bridging the interior and the coastal gap. Like the Yao located in the southern part of the country, Indigenous peoples have adopted Islam; this is the case too in some other locations. Islam has remained a dominant religion in the region, with Islam being practiced by 36 percent of Tanzanians.

European colonialists and explorers traveled the African hinterland from Zanzibar in the 2nd part of the nineteenth century. Under the supervision of Carl Peters, Germany stated its intention to create a protectorate throughout the region in 1885, called the GEA [German East Africa]. German battleships threatened to destroy the Sultan of Zanzibar’s palace if he objected. The Sultan was compelled to acknowledge Germany and Britain’s agreement to partition the mainland into areas of influence. The Germans brutally suppressed the Maji Maji Revolt of 1905. For Local Africans, the German administration established an academic program that included primary, secondary, and professional institutions.

The German colonial governing bodies used several methods to develop the territory. Cotton, cocoa, and sisal, among other successful cash crops, were crucial to the territory’s development since German customers and industry utilized these resources. Sisal was particularly significant in the rope industry, and it was one of GEA’S [German East Africa] most significant exports. In 1893, the country had just one sisal plantation; by 1913, the number of plantations increased to 54. The Nation exported more than 20,000 tonnes of sisal by the tail-end of 1913, accounting for 30% of overall exports. Multiple railway lines were set up to make sure that these materials could be transported easily. The Mittellandbahn or Central Line was the most significant of these lines, connecting much of the Nation to the coastal city of Dar es salaam. This railway line is still operational today, and it has been linked to other prominent railways across the Nation.

Following Germany’s loss in WW1, the Versailles treaty partitioned the GEA among the winning states. The region was assigned to British control, with the exception of Ruanda-Urundi [entrusted to Belgium] and the tiny Kionga Triangle [charged to Portuguese Mozambique]. The British named their area of the former GEA “Tanganyika.”

Tanganyika territory joined the EA Protectorate’s Customs Union and the Uganda Protectorate’s Customs Union, which later became the independent nations of Uganda and Kenya, as well as the EA Postal Union, which later became the EA Posts and Telecommunications Administration, in 1927. The EA High Commission [1948 to 1961], EA Common Services Organization [1961 to 1967], and the forebearers of the EA Community, expanded collaboration with those overseas territories and, later, nations in a variety of ways. In the years 1958 and 1959, the country had its first election campaigns. The following year, internal self-government was granted, and freshly conducted elections were held. The TANU [Tanganyika African National Union], which was instrumental in the country’s Independence in December 1961, won both elections. The next year, TANU’s leading candidate Julius Nyerere won the presidential election. Tanganyika was the world’s largest beeswax producer in the mid-twentieth century.

As per the result of the Versailles treaty, the UK govt gained control of the Tanganyika colony. When Britain seized control of the province, they declared it a “Black man’s land.” The British wanted this territory to be identical to Nigeria in terms of political organization. Tanganyika’s governance changed when the colonial rule in Nigeria was replaced by indirect rule. The British administration also adopted an anti-German strategy, which was overseen by Sir Horace Bryatt, the Tanganyika territory’s top official. Bryatt was not a popular political figure, and his tactics of the expulsion of Germans resulted in Tanganyika’s population being cut in half. Many of the former German estates were sold-out to European firms, while mixed estates were transferred to new British landlords. Tanganyika’s GDP was heavily reliant on cash crops, particularly coffee.

The Asian population in Tanganyika territory benefited from British control since they were guarded by the British and were no longer assaulted as they had been during the conflict. Thousands of Asians were recruited from the Indian Government to work under the Tanganyikan Government. As a result, Tanganyika’s Asian population grew from 8,698 to 25,144 in 1912 and 1931, respectively.

TANU, created in 1954 and led by Julius Nyerere, was a significant force behind Tanganyika territory’s decolonization. TANU, which had previously exclusively been open only to Africans, opened up to all other elements of Tanganyika society in 1963.

The triumph of TANU may be observed in the colonial election of 1958 when TANU candidates or candidates supported by TANU won every seat. The bulk of Tanganyika territory’s voters were African, accounting for almost two-thirds of the country’s 28,500 eligible voters. They came from all over the country.

The UTP [United Tanganyikan Party], founded by Brian Willis-1956, met with some opposition from British settlers. The party, however, became irrelevant when it became evident that TANU and Nyerere would win the fight for Tanganyika territory’s Independence. Due to a lack of funds, Willis’s £4,000 yearly income hampered UTP’s effectiveness, which restricted the party’s ability to campaign successfully.

Tanganyika territory was granted Independence on the 9th of December 1961, when Nyerere met with a British government delegate to discuss the following stages in the independence process.

Tanganyika territory, a British colony, gained its Independence on the 9th of December 1961. Its prominent leader Julius Nyerere ascended to the position of president after serving as PM under the British Government from 1960 to 1962. Julius Nyerere, who led the TANU party, a socially diverse set with a shared desire for freedom from the British, was undoubtedly the movement’s most prominent leader. The majority of TANU’s political support came from issues that affected the entire country. For example, TANU raised concerns that the present colonial authorities had tried to give disproportionate control to Tanganyika’s Asian and European minorities. Tanganyika’s Independence would have been jeopardized as a result of this. TANU instilled in the African communities a deep-seated fear that the colonialists would continue to rule or exert influence long after Independence had been achieved.

Tanganyika territory gained Independence peacefully, but it faced the same problems as several other post-colonial countries in Africa: insufficient funds and poor infrastructural development. Tanganyika’s quest for Independence was hampered by two major factors: its geographical location and its nearby neighbors. Because of the destabilizing disputes that surrounded Tanganyika, refugees from Burundi, Rwanda, and the Congo frequently flooded into the country. So soon after gaining its Independence, the influx of immigrants became a significant issue for Tanganyika. These challenges exacerbated Tanganyika and its people‘s insecurities. Furthermore, intruding agriculturalists destroyed countless of rural farm owners’ livelihoods as a result of Nyerere’s increased focus on modernization as well as his profound African socialist ideals known as Ujamaa. Tanganyika and Zanzibar merged in 1964 immediately after the Revolution in Zanzibar, which saw the removal of Arab rule in Zanzibar, to form the URT [United Republic of Tanganyika], which became Tanzania on the 26th of April 1964.