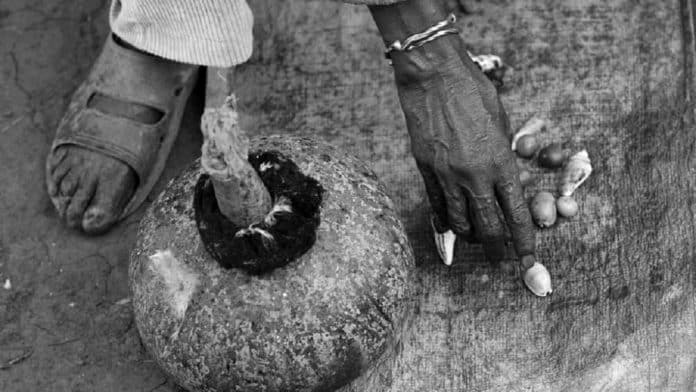 It is an undisputed fact for all modern physicians and traditional doctors that Tanzania traditional healers’ sect is isolated from the modern medical world. This situation is proven to be true because it goes back all the way during colonialism era as explained by our other article “‘Uganga’ During the Colonial Period“.

That said, conventional doctors have always assumed that the best belief of traditional healers in Tanzania is superstition that often causes people to suffer from ‘psychological harm’, and in the worst case, traditional healers have propagated this belief because it is good for business, situation that frequently leads to bad deaths when superstition targets the people accused of witchcraft eventually get brutally murdered by ‘rebels’ or by witch hunters. It is clear that these perceptions about traditional healers from modern medicine practitioners have some truth and is important because fatal deaths do occur, but they do not represent the full picture of the relationship that exists between physicians and witches, superstitious and in the treatment of diseases. In the case I am

bringing here, traditional healers in Tanzania in one way or another in retrospect engage in relationships that exist between them and the traditions as professional therapists believe, but, because of their knowledge and division of labor, they are prepared to explain their perspectives in more detail.

Conversation with a Traditional Healer

In Kyela (one of the regions of Mbeya region, Tanzania), as is the case in various parts of Tanzania, 25 people said there is a possibility of magic being behind professionally defined diseases such as malaria (this is a conversation between researcher Beckie and Mganga, backing up these opinions):

Beckie: Why would a person get malaria and go to the hospital, where they were given anti-malarial drugs, but not recover? or, he has symptoms of malaria, but if his blood is tested, they do not find any parasites?

Traditional healer: They can’t see it.

Traditional healer: Like I said, they can’t see these parasites because of the witchcraft, which hide them from being seen in the body. Witchcraft prepare the body for that. So those drugs will not work. But a traditional healer may provide his medication and the patient may recover. It’s not their knowledge there (at the hospital), you have to use caution and cunning ……… So diseases caused by witchcraft cannot be seen. They may not be visible, but if you know magic, then you can work it out. However, it makes it difficult for them (in hospitals)… ..He (professional therapist) should not enter – not his door. We know about witchcraft. He can’t get in there.

In Kyela, the Nyakyusa have made clear the connection between witches and traditions. Traditions in the discussion above have been used to illustrate the evils of magic. However, tradition and magic are intertwined in a more complex way, because they create an environment in which specific spells are approved. If a person does not perform a traditional role, for example, bringing food (amapijilo) to his or her in-laws, then they will be judged on the basis of “imbepo sya bandu” – which can be better understood as human words. It is these words that are uttered by all members of the community (not just one person) in anger against a person who may bewitch someone, or his or her relatives. It is this collection of these dissatisfied words that have supernatural powers, and which distinguish the source of this kind of demonic disease from the work of an individual magician. The presence of imbepo sya bandu can not be understood as direct magic; understandably depends on the vision of the individual himself/herself. From the point of view of the clan and the wronged neighbors, imbepo sya bandu is an act of moral judgment. It is a way to get rid of someone who has caused a lot of turmoil and someone who does not have good relationships with their social partners. Those who neglect to fulfill their customary duties suffer, and if they do not recognize and apologize publicly for their wrongdoing, they die. In the words of an old man who knows these things ‘I am a very old man, and I know everything. If someone does something wrong then so be it. He will go. He will leave. ‘This is in contrast to magic, divination, which refers to the evil act of a person who craves human flesh.

How Many Traditional Healers in Tanzania Have Been Joining the Vision?

The healers, however, joined the vision, same as conventional doctors, that imbepo sya bandu had gone too far, and if this kind of magic needed to be stopped, then traditions should be stopped as that is its source. In fact, the by-laws that passed against `Misconceptions’ targeted traditions that were closely related to imbepo sya bandu, and traditional healers in Tanzania fully supported these new bylaws. For example, one healer, who turned out to be of Nyakyusa tribed, insisted that these traditions should be stopped:

Speaking frankly, I agree with what the government thinks about this. I’m very happy – but the Nyakyusa do not follow the bylaws. I believe this is what contributes to the disease that I have to treat… because so far these false traditions are like some kind of magic. For example, if you are my sister, and you are married… then, when you give birth to a child, I must come to you with a gift — they all come and bring money. Sir, when she gives birth there, that’s right – you’re sent by tradition – this is a debt. This tradition incorporates magic. If they don’t go with a gift to say ‘thank you for the baby’ and ‘sorry for the inconvenience’ – they give you their ‘needle’. You go to the hospital, you think this is malaria, but… The disease is not caused by malaria, it is witchcraft. They intend to kill you.

Without exception, every member of the CHAWATIATA (Association of Traditional Healers in Tanzania) with whom I spoke with protested against the custom of street laws, as they all believed it contributed to the phenomenon of superstitious invasion, although their views differed slightly from modern physicians, they supported this movement and the power that goes against the feeling of a large part of society. There were many people in Kyela (but not all) who thought that the new by-laws (to stop traditional customs) would weaken the cohesion in the clan, because on one side, these traditional customs were good as they were strengthening relations among community members. Prior to this discussion, I was wrong to assume that traditional healers, because they are known as ‘traditional’ and because they benefit from this business, would have taken this focus of thought, but instead they were also very anxious and sad about the high number of deaths caused by witchcraft and poor traditions. In this case the opinion of the ‘traditional’ healers was to end ‘poor traditions’.

These findings contradict the recent work of Maia Green (Professor of Social Anthropology, University of Manchester) on finding ways to curb witchcraft in Tanzania. He explains that conventional doctors will benefit from the `eradication ‘of magical beliefs – from sales of witchcraft that was done to create immunizations, and from cleansing the vast majority of people accused of witchcraft. Members of CHAWATIATA in Kyela, were not willing to tolerate the large number of illnesses that were thought to be associated with the presence of imbepo sya bandu – although this was not their wish as entrepreneurs. The by-laws are for the benefit of traditional healers in Tanzania who are generally the richest people in the community, and who are expected to be important contributors in events related to the birth and death of relatives and neighbors in the society. On the other hand, in support of Green and Mesaki’s there are findings that anti-magic practitioners have a connection to modernity, because they are ‘developmentalists’, we can see this in Kyela’s practitioners who have been aspiring to help ordinary people accumulate wealth without fear of the consequences of envy from their neighbors, and modernize their work in line with technology.