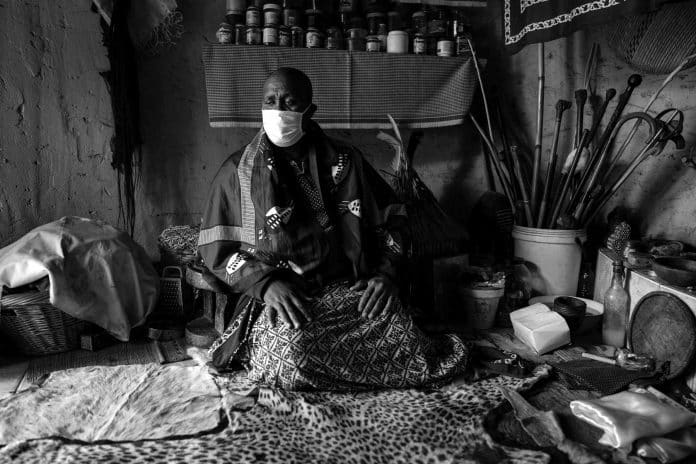 Registration of Traditional Healers in Zanzibar, City of Unguja

The city of Unguja, Zanzibar – Traditional healers of Unguja with their medicine bags, scriptures and massage therapies are registered with the authorities with the intention of coordinating practitioners treating everything from stress to hernia.

About 340 traditional healers have been registered in Unguja, which is part of the East African country, Tanzania, passed the Traditional Alternative Medicine Act in 2009.

It is estimated that there are more than 2,000 traditional healers, who hope to register, said Hassan Combo, the State Registrar in the recording council.

Traditional healer Ms. Mwanahija Mzee has registered. She treats patients at her overcrowded clinic, where mothers queue up early in the morning as they hug their sick children.

One family is looking for a cure for their baby who is suffering from umbilical hernia, fearing that if they take the baby to the hospital to be amputated, he will die. A pregnant woman who has been having frequent miscarriages goes to get reassurance, that herbs and prayers will save her baby.

“People come here because I really help them. I have met many patients who first went to hospitals and did not get help or were given medication but it did not work ”said Mwanahija Said 56.

“This is my job six days a week for over twenty years so I do it very well, I know more of them. The patients who come to me do not die ” (Explore article “Advances in Traditional Medicine in Tanzania (Ngetwa)” which provides more insight on the whole evolution of tradition medicine in Mainland Tanzania and Zanzibar in general).

The parents of Mwanahija Mzee were also traditional healers in Unguja, an island in the Indian Ocean.

To be registered, a physician must be at least 18 years of age, three years of experience and with a letter of recommendation from a trained traditional healer. An 11-member council consisting of obstetricians, reputable physicians, village elders and lawyers approves the application each month.

While the government is not trying to force traditional healers to work a certain way, instead it is trying to work with them in a quality control perspective, said the Government Registrar Combo, for example to ensure that the herbs used are of the same standard.

A group facilitated by the registrar’s office brings together conventional doctors and traditional healers to provide medical education for specific diseases such as high blood pressure, diabetes and pregnancy. Doctors engage traditional healers by providing them with statistical information and patient needs, he said.

The Power of Spirits

Some healers use herbs. Others use the holy scriptures of Islam, the Qur’an. Many use both. Belief in spirits like genies is widely used.

Some physicians, such as Haji Mrisho, offer special blessings to pregnant women to protect their unborn babies from being exposed to genies. Others like sheikhs at the Shifaa Herbal Clinic read the Qur’an to remove genies that are associated with various diseases.

Mwanahija Mzee uses a combination of massage, medicines from roots, herbs and branches, and verses of the Qur’an, which can be written on a plate using red food coloring. The dish is then rinsed with drinking water as part of the spray.

Patients like Fatma Hamad say they trust traditional healers rather than health services like the overcrowded, privately funded government hospitals, where many feel their illnesses are not being treated properly.

Fatawi Haji Hafidh, manager at Makunduchi Hospital, the second largest state-run hospital on the main island of Unguja, says doctors and nurses may not have time to see patients or diagnostic equipment.

Patients may also be unable to afford the prices of prescription drugs, or they may stop using them before they have completed their period, a situation that leads to more blames to government-run hospitals, he said.

Many believe that genies are the only problem.

Fatma Hamad took her two-year-old daughter to hospital after one of the baby’s legs paralyzed with a high fever. When they failed to detect the problem through X-rays, the hospital recommended that he seek out a traditional healer.

Mwanahija Mzee hugged the child and after seeing him several times, his ability to move his leg gradually improved. His mother has taken this as proof that the disease was caused by being possessed by genies, “it must be a genie as Ms. Mwanahija said” said Hamad.