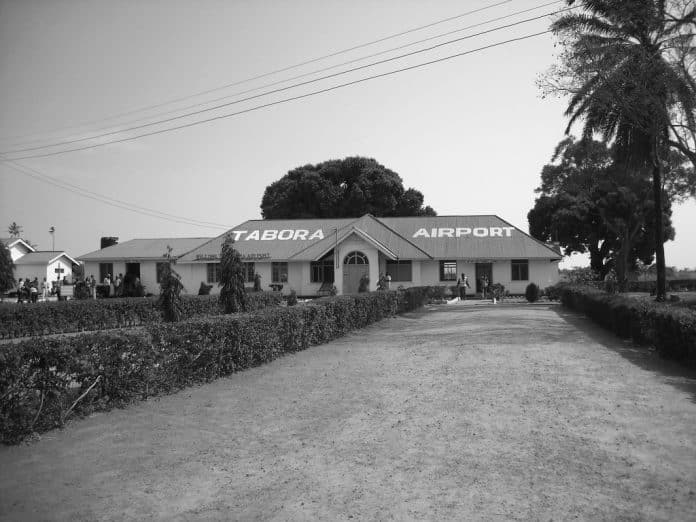 JNIA is the main exit door and the main transport link in the country. It serves the capital of Dar es Salaam and is estimated to be 10 km from the center of the city. In 2011 the airport recorded to have served 1.8 billion passengers, which represented 72% of the total number of passengers at TAA airports and 60% of the total number of air passengers. The airport has undergone major renovations for the past five years, including:

> Improvement of the highway,

> Renovation of the airport parking area for an international airport,

> Building of the second terminal for general air transport

> And the construction of the floor of all heights directly on the runway, which in short has put the airport infrastructure in a very good condition overall.

sufficient to serve the expected level of transportation for many years to come. JNIA has two airports one with 3000 meters suitable for all types of aircraft and another with 1000 meters for the entire aviation needs.

That said, the airport has two passenger terminals: the first old airport which is used for unplanned flights and small flights with local flights, while the second airport is the base for international and domestic flights. Research has shown that almost all transportation takes place at the second station.

The service delivery capacity of the second station is 1.2 million passengers per year and this has been increased by the current rate jump. The congestion at the station is expected to increase significantly as transport estimates indicate that there was an increase in the number of passengers to 3.2 million passengers in 2016. Given the deadline to design and construct the facility, it appears that the new building will not be completed before 2016. The existing building cannot be serviced to a high standard and is unsuitable for advertising and attracting tourists to the country. So it needs improvements and repairs as soon as possible. In contrast, a new state-of-the-art facility needs to be built.

TAA has prepared an effective plan for the development of the third channel. The study of the preparation of this program for the sub-department of airports is funded by the World Bank under the department of transportation projects. Through the recommendations of this study, resources have been put in place to verify this TAA initiative by proposing a new passenger terminal. New large centers are often more conducive to the development of private sector loans. It is recommended that this type of funding for new air transport infrastructure be used. The project will also provide advice on evaluating the best types of funding options.

Kilimanjaro International Airport (KIA) is located at the foot of Mount Kilimanjaro and is estimated to be 450 kilometers from Dar es Salaam. The airport is located between Arusha and Mosh, approximately 50 kilometers from each city. And it is the second largest international airport in terms of size in the country. Strategically it sits close to the major tourist attractions of Mount Kilimanjaro and Tanzania’s Serengeti National Parks, Ngorongoro Crater and Lake Manyara. Most tourists enter the country via (KIA) which is the shortest route from Nairobi as well as the region’s regional air transport hub.

This airport is 3,607 meters and can serve aircrafts and their equipment 24 hours a day, and 7 days a week. That said, the main facility building is small and often crowded.

The airport was the first as a joint venture between private and public institutions in the African air transport industry when it was opened to a group of investors in 1998 for 25 years. This group of investors operated until 2009 when the government bought shares of the major investor, Mott Mcdonald, and now the operating company known as (Kilimanjaro Development Company) continues to run the airport. The equipment at the airport are in good condition and has been undergoing renovations since 2000, but also regular maintenance will be required in the near future. Estimates shows that the quality level of the air transport infrastructure required will cost approximately $ 15.6 Million. TAA has also indicated that, its infrastructure and equipment in general reached its maximum handling capacity in 2006 and therefore a large facility was needed urgently. It is possible the second terminal would be a good attraction for the private sector and this approach should be considered as a source of revenue.

With the remaining airports, Mwanza is the largest and has the most local passengers located in the lake region. Mwanza airport serves a region that is rich in natural resources especially in terms of fishing from Lake Victoria and minerals from the surrounding town and villages.

Arusha Airport is close to the city and has a lot of passengers passing through, however it is most serving small airlines that provides a total of all air transport services and contract services. Large airlines like Precision Air have stopped providing services through this airport due to the poor quality of its runways transferred its services to KIA. Repairs on airport’s runway and parking area have not been given proper priority, and many times postponed due to its proximity to KIA which has all kinds of facilities and services. As a result, the airport has not been improvements have not happened yet, although it is the third largest airport (in terms number of local passengers) operated by TAA, where in 2011 more than 112,000 passengers used the airport.

Kigoma airport serves the Kigoma region, the important town of Lake Tanganyika and the main port of the Lake. The airport currently serves approximately 20,000 passengers a year which is estimated to increase to 29,000 passengers by 2016. The airport also serves as a key gateway for major UN cargo planes to enter DR Congo. The airport has large equipment and two unpaved airstrips, the longest being 1,767 meters that is only paved with tarmac at the aircraft parking area at each end of the route. The part that is gravel with poor pavement has been raising safety concerns for air transport operations. This gravel portion of the runway has deteriorates during the wet season and causes water holes, erosion and damage to the whole runway. Recently an Air Tanzania plane crashed while landing and this was due to poor runway conditions. That said, the main runway is in the process of being paved to proper tarmac standards, an expense that will be covered by the World Bank.

Tabora Airport is used for light work and has about 9,000 passengers per year which is expected to increase to 14,000 passengers per year by 2016. The airport also has two unpaved roads that overlap with each other. One is 1,786 meters long and 45 meters wide, and the other is 1,555 meters long and 30 meters wide. The gravel roads are in poor condition and are dangerous for safety during wet weather. World Bank is also helping this airport by providing funds to be used for major road improvements, as it is one of the air travel infrastructure in this field that needs to be repaired very quickly.

Bukoba Airport is located in the west of Lake Victoria, the largest city in the Kagera region. The use of this airport has been growing rapidly for many years and in 2011 the number of passengers passing through reached 29,000. Transport estimates indicate that this number will increase to 37,000 passengers over the next five years. However the airport does not seem to be safe for the local but main airline that stopped the landing of its LET 410 aircraft. It has a 1,280-meter-long gravel road and is between 18 and 30 meters wide. The infrastructure design of the airport is of very low quality, there is a small parking lot area that is very close to the airplane runway, situation that makes it very challenging for planes to fly to and from, small building that has terminal for small planes only, no guide tower, no protective fence. With the help of the World Bank, the runway will be upgraded to asphalt level, as well as roads for carrying passengers, parking area, guiding tower and security guard fence will also be installed.

Check out our other article “Institutions in Tanzania Airport Sector and Key Issues” for to get detailed a summary insight on the whole air transport industry in Tanzania. Additionally, you can explore more articles related to infrastructure by clicking here!