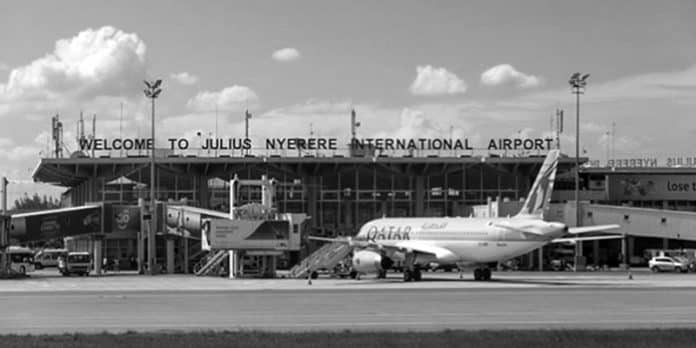 The Tanzania Airports Authority (TAA) was established under the Government Agencies Act No. 30 of 1997 which was officially launched in November 1999. It is an independent agency under the Ministry of Transport (MOT) and reports to the minister. It also has the leadership of an advisory board which has 10 directors whose responsibility is to provide corporate advice to the ministry and the secretary general. The Board does not have full authority as the independent agency and the director general of the Tanzania Airports Authority (TAA) report to the secretary general.

The Tanzania Airports Authority (TAA) is working with the Ministry of Transport (MOT) to be an autonomous authority where this will allow it to be a commercial company with full responsibilities of its own in all aspects of airport management and operations. This will support airport management in line with commercial principles and will reduce the political influence that currently undermines the decision-making process. It will also facilitate the operation of small airports that cannot afford operating costs to continue the role of providing public services. Currently the extra revenue is used to pay for operations that are weak, situation that removes resources from the sub-sector and does not allow major airports to increase their commercial potential.

The main responsibilities of the Tanzania Airports Authority (TAA) are:

> to operate, manage, improve and develop airports in mainland Tanzania effectively and efficiently.

> Provide quality and safe services in serving passengers and cargo at airports to create a positive image of the country to other nations in the world.

> Provide technical advice to the government on issues related to airport development.

> to advise the government on national and international issues related to airport management.

The Tanzania Airports Authority (TAA) is a revenue-generating authority. Although it generates revenue that meets its daily maintenance needs, unfortunately it still does not generate sufficient revenue to maintain regular maintenance or capital costs required to develop its sub-sectors. As a result the state of vital infrastructure of many airports is still dire. Although many airports have low usage, there is a need to upgrade the paved roads and ensure that navigation equipment is adequate to ensure maximum security is achieved. With the exception of two Tanzania international airports and eight major regional airports that have paved roads, some are in poor condition with gravel and grass roads. As a result safety and

good service at these airports is available only during the summer. In addition, only four airports have lighting systems that allow airport operations to continue for 24 hours. These airports are JNIA, KIA, Mwanza and Dodoma.

In the 2011 financial year, total revenue generated reached Tshs 32.9 billion which grew slightly below the budget estimate and 2% + less than the total for the previous year. Revenue comes from aviation and other business sources. Most of the revenue comes from air transportation activities, primarily from passenger service. landing and parking fees which together account for approximately 73% of total revenue. Revenue from commercial sources such as rental fees and approvals, advertising and parking of airport cars is equivalent to 27% of total revenue. In addition most of the revenue (86%) comes from JNIA activities while other airports contribute only 8% of revenue and the remaining 6% is from head office. In general, only JNIA and Mwanza airport generate profit. All other airports operate at a loss.

The operating costs of the Tanzania Civil Aviation Authority (TAA) amount to Tsh 30.1 billion, with the head office reaching 38%, JNIA 36% (largest airport in Tanzania) and other airports 26% of the cost. However, these expenditures represent only 20% of total expenditure per annum and the remaining 80% of capital expenditure will depend on government support as well as support from development agencies. It is expected that the government support will continue to be important until the sub-sectors reach their full potential and when large domestic airports reach a point where they will generate enough revenue. It is envisaged that JNIA will continue to be a major revenue generator in the airport sector of the country and further efforts should be directed to the new facility to effectively implement the public-private partnership strategy for its development.

Overall this airport sector relies heavily on capital investment from the government to make airport improvements. Such contributions are not part of the TAA balance sheet and when the airport repair debts come up, the government is then one responsible to service them.

The Tanzania Civil Aviation Authority (TCAA) was established in November 2003 as an organization in accordance with the Air Transport Authority Act. The law directs the authorities to regulate the safety and economic aspect of the aerospace sub-sectors. There are three types of controlled services: air transport, aviation services and air navigation. Currently TCAA continues to provide air navigation services

but the International Civil Aviation Organization (ICAO) recommended that such services should be provided by a separate organization and regulatory authority. A major feasibility study has also suggested that this proposal should be considered.

Tanzania generally supports Yamoussoukro’s November 1999 decision to liberate air travel in Africa. This is being implemented regionally under sponsorship of the East African Community. Until the agreement is finalized, Tanzania continues to maintain air safety for both parties. In terms of justice delivery, the government has already agreed to free up markets and is currently discussing the possibility of granting a fifth right to freedom to all African cargo planes unconditionally. The government has relaxed the distance barriers including the types of aircraft to be used and the size of traffic considering how big the market being used is. These liberal policies are designed to increase trade and increase the number of passengers to stimulate growth.

According to the aviation industry audit, there are some key issues that need to be addressed in order to improve the operation of this sector especially in relation to infrastructure needs.

A major obstacle in the knowledge gap to move forward is the lack of plans to identify key industry needs. While various requirements have been identified by the TAA, they need to be included in a general plan that will provide a framework for future development for the industry. At present policymakers or investors do not believe that the development of this sector is being done or planned equally. Therefore, there is an urgent need to prepare a master plan for air transport in which resources will be deployed. It is recommended that the master plan team be hired as soon as possible (Tip: explore article “Air Transport Infrastructure Challenges in Tanzania” for detailed insight Tanzanian airport sector obstacles).

Although a large number of development agencies have provided support in this sector, the airport sector is still lacking investment. The distance between the city and  tourist areas is huge and several markets can be reached only by air transport. Although congestion has decreased on many roads, there is a strategic approach to setting up more airports to meet economic, social and other development needs. For these airports, it is necessary to have a minimum level of safety and also to consider the need to make them work for all seasons that focuses on paved aircraft roads or sections. The master plan is to identify these airports and justify the proposed investment.

The airport sector has a great opportunity to engage private sector investors in assisting specifically with land needs. The master plan should highlight and identify areas where private sector participation will be most beneficial. In addition a consultant procurement expert should be hired to provide advice on such infrastructure items and strategize on how the investment can be mobilized and highlight the significant benefits available to attract such investment.

Security is critical in the aviation industry and attention needs to be paid to enhancing safety at all airports. That said, tourism is an important factor in the economy and is one of the ways to promote economic growth. The sector is more vulnerable to security issues even if the problems are only imagined, trade can deteriorate rapidly. Therefore, there is a need for airport development plans to pay close attention to maintaining a high level of security.

The most important development in this sector is the new JNIA (airport code for Tanzania Julius Nyerere International Airport – IATA: DAR, ICAO: HTDA) passenger terminal, Tanzania’s main gateway. This facility is urgently needed because the existing facility operates beyond its capacity and its past services do not provide the best quality for visitors to the country. The new facility will grow to be a major investment needed in the sub-sector and should attract private sector investors. Resources have already been allocated to review the JNIA master plan and make corrections where necessary. In addition, resources have also been allocated for the procurement consultant to prepare a sound financial system for the airport facility that will be used to advertise the proposed facility for private sector investors. Given the time required to prepare and build a new facility, it is recommended that activities to complete the JNIA master plan and seek investment opportunities be completed as soon as possible as the overall process can take 3 to 4 years to complete.