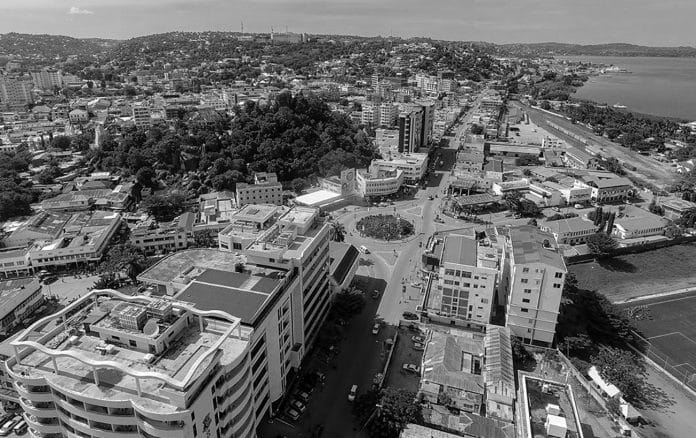 Things You Need to Know About the Mwanza City

Mwanza City, referred to as Rock City, by the residents, is a port city on Lake Victoria’s southern shore in north-western Tanzania. Its urban population by 2021 was 1,182,000, making it the second-largest city in Tanzania, after Dar es Salaam. Mwanza is also Lake Victoria Basin’s second-largest city after Kampala in Uganda, dwarfing Kisumu in Kenya for having the least population size.

Mwanza is the 5th largest city in the East African Community after Dar es Salam, Nairobi, Mombasa, and Kampala. Mwanza has a slightly bigger population per city limit than Kigali, Bujumbura, and Kisumu. However, when it comes to infrastructure, the cities of Kisumu and Kigali are better than Mwanza. This city also doubles as the capital of Mwanza Region, with its administration split into two municipal districts in the region – Nyamagana and Ilemela.

The Sukuma are more than 90 percent of Mwanza Region’s population. More ethnic groups in the region, in smaller proportions, such as the Haya, Zinza, Nyamwezi, Sumbwa, Kurya, Luo, Jita, Kerewe, and Shashi. They live primarily in the area of Mwanza city. National policy, however, attaches limited significance to ethnic societies, and reliable data is hard to find.

Furahisha Bridge in Mwanza symbolizes safety and transportation f its people. it’s a remarkable symbol of the city, and it created a safe space for citizens

By 2011,  the City Council revealed intentions to create a colossal commercial development in  Ilemela District. Construction on Rock City Mall ended at the beginning of 2016. Apart from being among the country’s biggest malls, it’s the biggest in Mwanza.

Fishing is the leading occupation for the people along Lake Victoria shores in the Mwanza region, with 5 fish processing factories. There was the introduction of Nile perch to the lake, with the exportation of large quantities.

The effects of the Nile perch industry led to the document Darwin’s Nightmare (2004) by Hubert Sauper that got nominated for an Academy Award.

Coverage of water supply stands at 75 percent, with sewerage at 23.7 percent. Projects to boost range include the UN-Habitat Lake Victoria Water and Sanitation (LVWATSAN-Mwanza) project.

Saanane National Park is situated on a rocky island found in Lake Victoria, 500m away from Capri Point in the middle of Mwanza.

Rubondo Island National Park is accessible by road, boat, or direct flight from Mwanza. The park is about 110km west of the town of Mwanza.

Sukuma Museum is situated in Bujora, in the east of Mwanza, adjacent Kisesa. It offers an overview of the background, culture, sukuma language and architecture of the Sukuma tribe,  with the majority of the local population.

Mwanza’s main university is St Augustine University of Tanzania (SAUT). The University covers more than  600 acres (243 ha) in the Nyegezi-Malimbe region 1 km south of Mwanza Town. It’s 4km from the primary Mwanza-Shinyanga road along Lake Victoria’s southeastern shores. The University is a 30 -minutes drive from Mwanza by bus or car.

Mwanza has a tropical savanna climate according to the Köppen classification. Temperatures are fairly consistent throughout the year, determined by the altitude of the city. Thus, the environment isn’t quite as hot as expected because of the city’s proximity to the equator. Mwanza’s average temperature is roughly 23.5 °C (74.3 °F) all over the year. Mwanza has a lengthy wet season running from October to May, with a short dry season covering the rest of the four months. The city receives roughly 1,050mm (41in) average annual precipitation.

Mwanza Airport serves the city, designated as the region’s airport.

Air Tanzania has flights to Dar es Salaam. Precision Air offers regular flights to Mwanza, such as from Nairobi (through Kilimanjaro), while Air Tanzania flies to the city as well.

By December 2014, the daily ferry service between Kampala, Mwanza, and Bukoba was stopped as the ferry boat, MV Victoria, was undergoing major maintenance.

Mwanza’s Mbao FC was promoted to the Tanzanian Premier League towards the end of the 2015/2016 season.