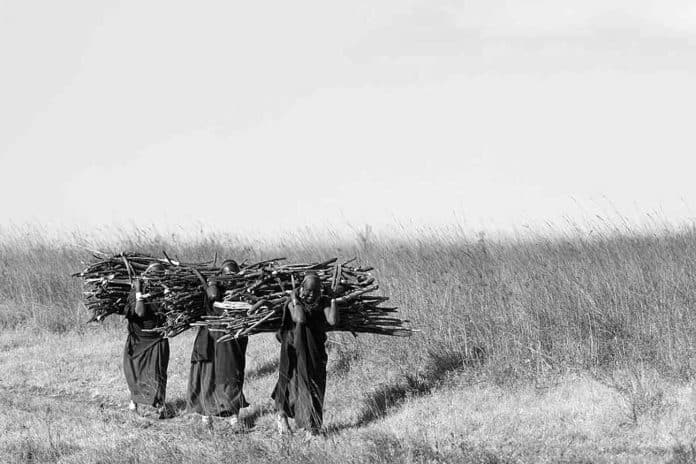 Water shortage is becoming more of a concern, another alarming factor of climate change in Tanzania, and several important water bodies, such as Lake Victoria, Lake Rukwa, Lake Jipe and Lake Tanganyika, have seen drastic declines in water levels. Tanzania’s agricultural industry, which employs over half of the country’s workforce, is particularly susceptible since farmers rely heavily on rainfed agriculture. Increased heavy rainfall events, on the other hand, have led to floods in the region, causing damage to livelihoods and infrastructure. A large portion of Tanzania’s population lives along the coastline and is reliant on fishing and aquaculture. Changes in water quality and sea level rise are likely to have an influence on these industries, making them a continuous concern in the country.

In 2007, Tanzania completed its National Adaptation Programmes of Action (NAPAs), as required by the UN Framework Convention on Climate Change. The most susceptible sectors to climate change in Tanzania, according to the NAPA, are agriculture, health, water, and energy. Tanzania developed a National Climate Change Strategy in 2012 to address the rising concerns about the harmful effect of climate change in Tanzania and variability on the nation’s social, physical and economic environments. Tanzania’s Intended Nationally Determined Contributions (INDC) were filed in 2015.

Impacts of Climate Change in Tanzania on the Natural Environment

From 1981 to 2016, sections of northeast Tanzania and most of southern Tanzania experienced significant dryness. This was an early sign of one of the first impact of climate change in Tanzania. In contrast, there were mild wetting patterns in central Tanzania and higher wetting trends in the country’s northwest. The yearly temperature has a noticeable rising trend. Warming is expected to be in the range of 1.6 degrees to 5.0 degrees Celsius by the 2090s, and it will be uniformly spread over the country. There is broad consensus on the decreasing the mean number of rainy days and increasing the quantity of rainfall on each rainy day (‘rainfall intensity’) when it comes to rainfall. These changes, taken collectively, point to more variable rainfall, with an increased risk of both dry spells (like droughts) and strong rainfall events (linked to flooding). The effects of climate change in Tanzania on floods, crop failures, severe droughts, animal mortality and disease outbreaks (such as malaria and cholera) are expected to be observed on a regular basis.

Impacts on People Caused by Climate Change in Tanzania

Economic Ramifications Due to Climate Change in Tanzania

Agriculture (livestock included) is Tanzania’s most important economic sector, providing sustenance, revenue, and employment. It has also been named the most susceptible industry to climate change in Tanzania. The distribution of the country’s 7 agro-ecological zones is anticipated to change if the temperature rises by 2 °C to 4 °C. Annual crops might be grown in areas that were previously utilized for perennial crops. Plant growth would be accelerated and growing seasons would be shorter as a result of climate change. Reduced crop output of various crops, aggravated by climatic unpredictability and variability of seasonality, environmental degradation and  loss of natural resource base are anticipated to be among the agricultural sector’s vulnerabilities.

Crop yields are harmed by both temperature and increasing unpredictability, according to a 2011 research. In Tanzania, a 2°C increase in temperature during the growing season, as expected by 2050, will likely diminish rice, maize and sorghum yields by 7.6%, 13% and 8.8% respectively. They are also expected to be reduced by 7.6%, 4.2% and  7.2% respectively by 2050, incase of a 20% increase in precipitation variability across seasons.  A major drought experienced in Dodoma, for example, resulted in an 80% reduction in crop.

Effects on Health Caused by Climate Change in Tanzania

In Tanzania, a variety of climate-sensitive illnesses may become more widespread as a result of flooding and drought. Climate change in Tanzania may lead to water-borne illnesses such as malaria and cholera which may become more prevalent in the country.

Cholera outbreaks have been related to increasing rainfall in regions of Tanzania. High rains caused cholera epidemics in Tanzania’s South East, North East, coastal districts and Lake Victoria region. According to studies, the initial risk of cholera rose by 15 percent to 19 percent for every 1 degree celcius increase in  temperature. According to the projections, overall cholera costs attributed to variability of climate change in Tanzania will range from 0.32 percent to 1.4 percent of national GDP in 2030.

Malaria is known to be more prevalent during periods of high temperatures and heavy rainfall, when mosquito breeding places (such as pools, ponds, bores or wells, rivers, streams, and canals) become available. For example, a research in Tanzania’s Lushoto area found that malaria cases were more prevalent during heavy rainfall seasons, with a relationship to rising temperatures.

In 2007, Tanzania completed its National Adaptation Programmes of Action (NAPAs), as required by the UN Framework Convention on Climate Change. Tanzania’s NAPA has a broad aim of identifying immediate and urgent climate change adaptation strategies that are strong enough to achieve long-term sustainable development in a dynamic environment. The most susceptible sectors to climate change in Tanzania, basing on NAPA statistics, are agriculture, heath, water and energy.

Tanzania’s NAPA, as well as different national sector policies and research outputs, have specified important adaption actions. The NAPA has had success in inspiring climate change mainstreaming into the policies of various sectors in the country; however, institutional challenges like budget constraints, power imbalances and an ingrained sectoral approach have limited cross-sectoral collaboration, which is critical for implementing strategies for adaptation. The majority of Tanzania’s initiatives are focused on water and agricultural resource management (irrigation, rainwater collection, and water conservation), although tourism and energy are also significant.

The country developed a National Climate Change Strategy in 2012 in response to rising concerns about the harmful effects of climate change in Tanzania and variability on the country’s overall physical, social and economic environments. Tanzania’s INDC were filed in 2015.