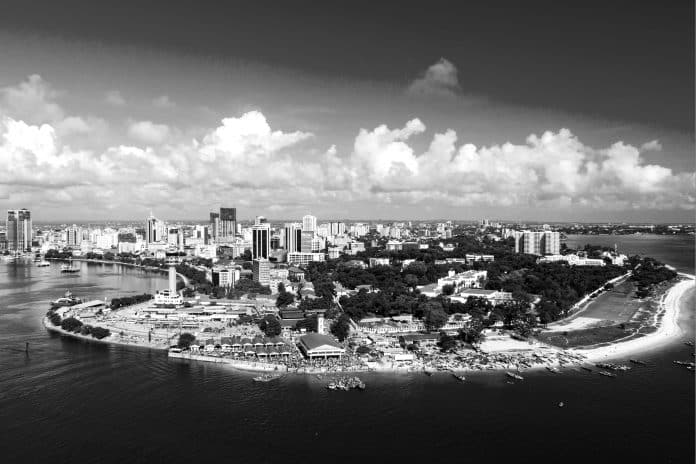 Tanzania’s outlook will be significantly different by the middle of the 21st century. Tanzania aims to achieve middle-income status by 2025, as well as to include a modern agricultural sector that will lift smallholder farmers out of poverty, increase electricity supply, and GDP boost through electricity generation using natural gas and coal resources. The population will almost triple from 45 million in 2010 to 130 million in 2050 – and for the first time, more Tanzanians will live in urban areas than in rural areas (Tip: an example of this forecasted challenge is illustrated on our other article “Problems of Population Growth and Climate Change Dar-es-Salaam“).

By 2050, Tanzania’s climate will also change. Temperatures have already risen and rainfall is unpredictable at present. Temperatures can rise by at least 1 ° C, perhaps 3 ° C in several places. Expectations of declining rainfall in the country could lead to water scarcity, a situation that will cause Tanzania to need to feed more people when there is less rain in key agricultural areas. On the coast, an important part of the industry, the population has already grown especially in informal settlements in urban areas that cannot sustain new migrants – heavy rains are likely to affect these settlements, infrastructure, and human movement to earn their living. Key economic sectors are already at risk also due to climate change; by 2050, the costs of mitigating the effects of climate change could reach approximately US $ 1 billion per year (GCAP 2011).

Building resilience against climate change and long-term climate change is a matter of rapid development for Tanzania, and in the coming decades it will be very important for this movement boe part of the country’s economic plans. Tanzania’s diverse landscapes and natural resources are already affected by climate change as well as the current development challenges posed by rapid population growth, overuse of resources, and environmental degradation. Climate economic risks associated with climate change could weaken the entire economy of Tanzania: for example, the 2005/06 drought affected millions of people and did cost about 1 percent and more of GDP. By 2030 climate change can be calculated at real economic costs that will reach 2-3 percent of GDP per annum (GCAP 2011), a situation that will threaten the goal of achieving a middle income status. These expected costs represent the challenges that surround Tanzania’s priorities in its basic growth and poverty reduction, from the agricultural sector to the energy sector and from rural to urban development.

Given the perceived dangers now, ignoring climate change in today’s development decisions will be costly in the near future. The message calls on Tanzania to take steps to more effectively integrate climate change into development and finance planning. By learning from the international cases associated with other countries that have begun this process, interviews with key government stakeholders, development partners and the private sector, consultative meetings have set two main objectives:

ANALYSIS INVESTMENT OF THE CURRENT CLIMATE

The cost of adapting to climate change is increasing, so early action is important to reduce future costs. Coping with current climate risks is estimated at approximately $ 500 million a year, and an additional US $ 100-150 million annually is needed to build resilience to future changes. As climate change, the resources required for reform will increase rapidly as well, with the potential to reach US $ 1 billion a year by 2030 if no action is taken against existing climate impacts (GCAP 2011). Recognizing this need to prepare now based on future costs if no action is taken, in 2013, Tanzania adopted the National Climate Change Strategy (NCCS) and the Zanzibar Climate Change Strategy (ZCCS) to guide the response. to address climate risks and mobilize other resources needed to take action. National economic growth strategies also recognize climate risks (United Republic of Tanzania [URT] Planning Commission Office of the President 2011). These initial measures in this climate strategy are in line with the latest findings which show that economic growth is in line with climate change mitigation activities, regardless of the country’s income level, and that today’s decisions are very important to facilitate countries go to a better and more resilient economy against climate change. (International Commission on Climate and Economy 2014).

Tanzania has encouraged climate fundraising, but the results have been limited. Between 2003 and 2014, Tanzania received more than US $ 200 million in international climate agreements, with an additional US $ 400 million expected to be achieved. Although funding is huge, there are significant shortcomings due to the resources needed to tackle climate change. More than 80% of the available resources / resources are from local development partners, who have very little to do with the United Nations Framework Convention on Climate Change – UNFCCC. Despite the approval of NCCS and ZCCS, 100 per cent financial cooperation has not yet been achieved from local or international sources to approve the implementation of these institutions. The approach to climate change has been proven, fragmented, and funded by donors and the results have been difficult to measure.

Current climate funding (a) is insufficient for what needs to be changed, (b) is not targeted at the existing and correct risk, and (c) supports small projects rather than major changes. Despite the urgent need to build resilience, access to climate resilience funding has been a challenge, and current funding levels are inadequate as today’s estimates indicate that at least $ 600 million is needed annually for repairs alone. Surprisingly, although climate change mitigation is a stated priority of NCCS and ZCCS, more than 65% of climate change is directed at mitigation activities. Given the fact that international funding for climate change is limited and public funding available for this activity is unlikely to meet the required standards, it is important to ensure that climate funding is used strategically as much as possible. However, existing strategic climate change plans do not reflect sectoral or geographical priorities to address the issue of vulnerable environments, a situation that makes achieving goals more challenging. In parallel, climate change mitigation and reduction has been further driven towards the levels of projects that work alone to prevent, but strategically and systematically the expected efficiency level has not yet been achieved.

For Tanzania to increase access to climate financing, this policy note proposes four key pillars to create the right conditions for success:

»Effective leadership in developing climate targets, advocating for key reforms in institutional policy and framework, and defining executives and responsibilities
»Plan for climate change that is long-term, goal-oriented, and consistent with understandable priorities
»Strategic framework for accessing various sources of climate funding
»Implementation that includes clear monitoring of performance in invested areas and expenditure

In addition to the NCCS and ZCCS, which have made it a priority to combat climate change, Tanzania must put in place processes and financial systems that will meet the major challenges of funding and implementation. Strategic decisions must be made to plan and use limited resources to turn plans into action initiatives, to learn from past challenges and to achieve greater resilience that will protect lives, the economy, and the environment.

Suggestions for this message are the following:

1. Use the National Climate Fund (NCF) for achievable expectations. Although Tanzania Mainland and Zanzibar are in the process of raising permanent climate change funding, expectations should be achievable, taking into account the costs of establishing and managing such finances as well as the potential for expected funding sources. Experience shows that the time and resources needed to complete the fundraising process are high, and the cost of performance management can also be significant. If Tanzania chooses to establish a climate fund (or funding), goals and aspirations should be set more carefully and transparently. In order to attract more funding for climate change, all will depend on the quality of the programs developed to support this climate change mitigation process.

2. Build resilience in climate change planning in each sector. Instead of relying on a single funding mechanism, incorporating climate change into existing sector plans is considered to be the most likely way to achieve larger, sustainable goals. Many key sectors and critical risks are already targeted at high-level investments. Taking advantage of such opportunities – through climate change, for example, water and agricultural fundraising systems as well as some specific urban infrastructure activities – could improve climate sustainability targets to the tune of US $ 2 billion in investment through the bank alone. Climate funds can be strategically used to incorporate sustainable activities into

3. Facilitate action to be taken at local levels. Tanzania can ensure that technical assistance and funding reach local governments more effectively. Local governments do not have a budget to spend on climate-related risks and need to be empowered to plan and address this challenge. Relevant institutions, such as climate change funds at the district level, are showing optimistic results because local governments are now able to respond more quickly to climate change as well as to prioritizing funding processes that may vary from central government plans. Although these processes have been carried out to a lesser extent so far especially in rural districts, it is possible to have similar opportunities in urban areas.

4. Add different sources of funding and validate results. Although climate change experts are expected to continue to support their priorities, Tanzania may and should realize that funding will not be enough to fully address climate change and will require additional resources, including non-governmental organizations (NGOs) and the rest of the private sector. Corporate social responsibility funding, for example, can support climate goals, and perhaps significantly increase natural gas investment to contribute to climate change priorities at national, sector, or lower levels of society. It is clear that Tanzania’s ability to attract and collect climate funds will largely depend on how the country shows the results of the work done. To achieve that goal, a consistent monitoring system will be necessary to ensure that funds invested in climate and its performance meet expectations. The monitoring system will enable the evaluation of the results of strategic plans and financial standards and (if successful) can further open up financial opportunities, all of which will depend on the potential shown by Tanzania in completing its priorities.