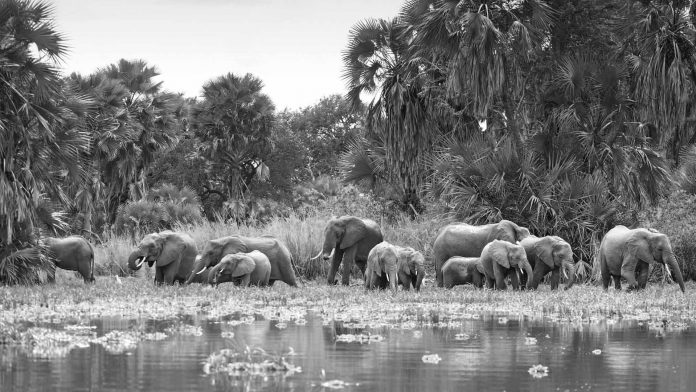 The Tanzania National Adaptation Program of Action (NAPA) has been an opportunity at the right time to look at the complexities associated with climate change in various sectors that are important to the country’s economy. NAPA Tanzania overall plan is driven by the aspirations of the National Development Vision 2025 for high and inclusive growth, quality of life, peace, stability and unity, good governance, quality education and global competition. Since Tanzania’s economy is heavily dependent on agriculture, it is believed that sustainable development can be achieved while strategic, both long-term and short-term measures are aimed at addressing the impact of climate change on agriculture (climate change adaptation) and other key sectors of the economy. The NAPA preparation process involves looking at the effects of climate change as a threat to farmers who still depend on agriculture for their livelihood. Past incidents of drought and floods; and the recent poor harvests in 2005 that led to famine in many parts of the country and the disappearance of ice on Mount Kilimanjaro are now more and more playing a big role as evidence of climate change caused by global warming. The recurrence of adverse weather conditions such as the El Nino floods in 1997/98 and the recent drought are just a small but important reminders of the devastating effects of climate change on Tanzania. In this context, NAPA Tanzania identifies priority areas in various sectors, and increases priority in project activities in those sectors. These activities require immediate and urgent action for the country to adapt to the effects of climate change in the short term as well as to put in place mechanisms to address long-term mitigation plans.

NAPA Tanzania is organized as part of developmental plans, policies, and programs at the national level. This process not only followed the guidelines announced and agreed upon at the stakeholder meeting in 2001 and clarified by a group of LDC experts, but was also carried out in a transparent and participatory manner. The process began with the formation of a team of experts who formed the NAPA Team. The next step is for this team to assess the resilience of climate change in key sectors divided into seven working groups (Agriculture, Energy, Forestry and Water Resources, Health, Human Settlements, Coastal and Marine and Clean Water Resources) . A total of 20 team members were involved in conducting the consultations at various stages. After identifying weaknesses in each sector, key strategies and strategies to address these weaknesses were developed. The consultations were conducted at the national, regional and district levels. The improvements facilitated the exchange of information on the risks of climate change and created opportunities for the NAPA Team to learn and gain an understanding of the existing risks and specific strategies for each sector that came to be used in project proposals. In addition, key consultation of partners at the grassroots level helped to prioritize fourteen reform activities that could address the country’s immediate needs from all sectors.

Previously, 72 project activities were proposed of which 11 were in the agricultural sector; while the water, energy, forestry, health and wildlife sectors had 7 projects. The industrial, coastal and marine resources sectors had 6 project activities; The settlement was 9 and finally, tourism was 5. Using a list of accepted criteria that are appropriate for the situation in Tanzania and its environment, these projects were reduced to 14 priority. The following are some of the best ways to cope with and benefit from the effects of climate change. The activities of these projects were further listed according to their importance on the effects of poverty reduction and health, control, repetitive capacity and sustainability. In the final analysis, the 14 activities of the selected projects were as follows:

1) Effective use of water in irrigated agriculture to increase production and conservation of water for all in the respective areas.

3) Develop alternative water conservation programs and technologies for the community

5) Exploration and investment in alternative sources of clean energy such as solar, diesel from biodiversity (Bio-diesel), wind energy and so on to compensate for the potential of the lost hydroelectric dams.

The proposed project activities have formed the basis of financial and technical assistance from the national level and the international community. Given the current subsistence agriculture and natural resources on which a large community depends on its daily livelihood, delays in the implementation of these projects will adversely affect progress in health and nutrition care, life expectancy, primary education, agricultural improvement and pastoralism , roads and communication infrastructure, which are the top agendas of the fourth phase of the Tanzanian government.

In order to implement these projects, key sectors in collaboration with the Office of the Vice President have become the main manager of NAPA Tanzania while project activities are being implemented by relevant sectors of society. However, this NAPA initiative is not recognized as a last resort but a life guide that will need to be constantly updated to address the changing environmental conditions of the countries.

The United Republic of Tanzania is the largest country in East Africa. It is located between 1 degree South and 12 degrees South latitude and 30 degrees East and 40 degrees east. Created by Tanzania Mainland and Tanzania Zanzibar. It is a large country with a total area of ​​945,087 square kilometers which includes an area of ​​land with an area of ​​883,749 square kilometers (881,289sq.km mainland and 2,460sq.km Zanzibar), as well as 59,050 km of water bodies. It connects borders with eight countries. Its neighbors include Kenya and Uganda in the North, Rwanda, Burundi and the Democratic Republic of West Congo, Zambia and Malawi in Southwest and South Mozambique. Mainland Tanzania is bordered by major water bodies in Africa. To the east is the Indian Ocean, to the north is Lake Victoria, to the west is Lake Tanganyika and to the southwest is Lake Nyasa (Lake Malawi).

Mainland Tanzania also has the highest rate in Africa. Snow covering the summit of Mount Kilimanjaro is 5,950 meters high.

Agriculture (along with livestock) is the largest sector in the Tanzanian economy, providing livelihoods, income and employment for more than 80% of the population and represents 56 percent of GDP and about 60% of foreign exchange earnings in the last three years and contributing. greater in GDP compared to all other sectors. It is a major source of employment and livelihood for more than two-thirds of Tanzanians. It is an important economic sector in terms of food production, job creation, industrial raw materials production and the promotion of foreign exchange. GDP grew by 6.8 percent in 2005, compared to 6.7 percent in 2004, but this was lower than the target growth rate of 6.9 percent and the decline was due to a severe drought that affected many parts of the country at the end of last quarter. food, food shortages and hunger.

NAPA identifies weaknesses related to climate change in key sectors of the economy, which are fundamental to the livelihoods of rural communities and the backbone of national development and prosperity. Therefore the information in NAPA must be accurate, a step that is implemented with priority in all core activities.

The main objectives of NAPA are:

i. Identify and promote NAPA’s urgent and emergency activities to address climate change and diversity;

ii. Protecting human life and habitat, infrastructure, life of other species and the environment;

iv. Increase public awareness of the effects of climate change and how to deal with it in communities, civil society and government officials;

v. To help communities improve and maintain human and technological capacity in an environment conducive to the use of natural resources in a more sustainable way as the climate continues to change;

vi. Complete national and community development activities that deteriorate due to the negative effects of climate change; and

vii. Creating sustainable living conditions and development activities at the community and national level hand in hand with the changing climate.

The NAPA process was based on consultation with industry and literature reviews. However, several consultations were held at the community level, especially farmers in several parts of the country, to ensure and validate such advice from the industry. In this context, NAPA team members were able to obtain public feedback on the negative effects of climate change on sustainable rural settlements and a number of remedial measures that have emerged through the application of indigenous knowledge and modern science and technology programs. In the final analysis, through this consultation process a large number of people participated in the development of this NAPA policy and are aware of what the project aims to do and achieve for vulnerable rural communities.

Aware of the devastating effects of natural disasters and catastrophes such as floods, droughts, earthquakes and emerging pests in the Tanzanian economy, the government created a Disaster Management Department to address these issues. This highlights the importance of the Government in taking action to address climate-related disasters among the most vulnerable rural communities. Thus, the NAPA report addresses the priority needs of all Tanzanians, especially in the rural community, and complements existing government programs.

In line with the revised NAPA preparation guidelines (LEG, 2002), the NAPA Tanzania preparation process is guided by the following principles:

In Tanzania as a large country, a participatory sectoral approach was used during the consultation exercises. The process began with the establishment of a team of various professionals and of different sectors of NAPA. This was important to ensure that all sectors participated in the process. Consultations were held where they involved the participation of various stakeholders from public and private organizations, such as ministries and government departments, academic and research institutions, non-governmental organizations and the media. The main purpose of the consultation process was to announce project activities, and to seek feedback and feedback from all stakeholders, as well as rural communities who would be involved in project implementation.

This was taken into account in forming the NAPA Tanzania team. The team consisted of experts from various government institutions (Ministries, Universities, Agents, etc.), private institutions and non-governmental organizations.

c) Participatory approach at all levels

Project activities that will enhance development were given more importance when preparing the NAPA Framework for Tanzania.

As Tanzania is a member of the Multilateral Environmental Agreements (MEA), the NAPA Framework is designed to address the needs of Tanzanians to combat the internal and global impacts of climate change.

The NAPA system is strategically designed to comply with the Environmental Management Act, 2004, which came into effect on July 1, 2005.

NAPA has considered the possibilities and costs of implementation, on the basis of past and ongoing projects, strategies and plans, and such as tree planting projects, mosquito nets programs, and so on.

The NAPA process is intended to create simple and sustainable activities that appeal to the community, which will be the recipients of the projects.

The NAPA framework allows for the implementation of its activities through the private sector as well as non-governmental organizations, civil society organizations, individuals and government institutions.

The following criteria were and are expected to be the basis for priorities:

– The extent or magnitude of the adverse effects of climate change;
– Reducing poverty to increase coping capacity;
– Cost efficiency;
– Improving the quality of life of rural communities;
– The most vulnerable classes in society, such as the rural poor;
– The cost of the project;
– Fulfillment of national vision and goals; and
– Criteria focusing on national issues.

The most important principle was the urgent need that was provided and / or advised by stakeholders.