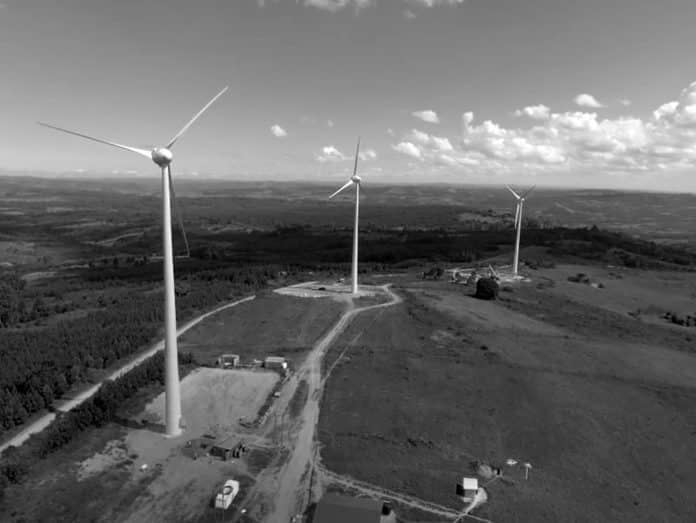 The first farm powered by wind energy in Tanzania is now fully operational. We spoke to the project’s stakeholders to learn how it came to be and how it can benefit local communities and the country.

The Mwenga initiative, the first farm driven by wind energy in Tanzania, was completed in May, with the completion of assembled parts and testing of the farm. The 2.4 Megawatt project will be connected to an already established power grid, bringing energy security to areas across the nation, thanks to a $1.2 million loan offered by the United Kingdom Government-funded Renewable Energy Performance Platform [REPP].

What is the Mwenga Project?

Even though planning for the Mwenga project began in April 2018, when the German producer Mr. Enercon was awarded a windmill supply agreement, the project didn’t get off the ground immediately until one year later.

As a result of a budget shortfall, REPP’s financial adviser, Camco Clean Energy (Camco), secured a $1.2 million subordinated mortgage from REPP, which REPP’s finance committee approved in June 2019. In addition to Camco and REPP, the UK government had a significant role in developing this farm of wind energy in Tanzania as the single donor to REPP.

The Mwenga wind farm, which has three turbines and is located in the Iringa area of southern Tanzania, will be connected to the existing rural network, which is currently supplied by a 4 MegaWatt hydropower plant owned by Rift Valley Energy Group [RVEG]. The hydropower facility has been producing electricity for 4,500 households and businesses since 2012. The wind farm developers expect the wind farm to connect 1,500 additional consumers shortly once it is online.

Camco chief executive officer Geoff Sinclair expressed satisfaction with the project, stating that it served as a “way to showcase wind’s potential, laying the groundwork for other wind developments projects in the country.” “It is also highly unique in that it integrates an existing hydro plant with corporate, grid, and local offtake to create a hybrid system – another first project for wind energy in Tanzania. “Once finished, the wind power station will bring stability and enable clients to get consistent power throughout the seasons,” Sinclair noted.

The wind power farm will also mitigate the hydropower plant’s occasional instability. In the words of Dr. Matthew Josephat Matimbwi, assistant director of the Tanzania Renewable Energy Association (TAREA), the wind farm is primarily intended to compensate for the dry season’s low water levels. “During the times of drought, the hydropower plant’s capacity to generate 4MW of energy is reduced due to the river’s low water levels. This is the motivation for the wind farm’s development, as well as an effort to combat climate change.”.

Vision 2025 Related to Wind Energy in Tanzania: The Wider Context

The Mwenga wind power farm is part of a larger initiative to help Tanzania thrive while shifting to greener sources of energy. The Tanzania Planning Commission produced Vision 2025 in 1999 as a comprehensive development plan with the goal of “graduating the country from a least advanced country to a middle-income country with the highest degree of human growth by 2025.” In 2012, as inscribed in the plans of Vision 2025, the committee launched the “Big Results Now” initiative, which aims to accelerate energy-related projects, enhance electricity availability, and generate 100 MegaWatt of wind energy. “The Mwenga project, a farm for wind energy in Tanzania, is ideally aligned with the Committee’s Vision 2025 project, as one of the committee’s goals is to provide electricity to the entire population utilizing all available technologies and sources of renewable energy in Tanzania,” Matimbwi added.

The government has also launched a national energy policy, known as The National Rural Electrification Program [TNREP], intending to increase electricity accessibility from 36 percent in 2014 to about 50 percent by the beginning of 2025, focusing on renewables.

The climatic conditions and weather are also ideal for wind energy in Tanzania. According to a 2017 study by the University students of Sydney’s Institute for Sustainable Futures, the country boasts substantial wind resources, particularly in the plains regions, the Rift Valley, and the Great Lakes region. Singida region in central Tanzania and Njombe in the western portion of the nation has an average wind speed of 9.9 m\s and 8.9 m\s, respectively, which is sufficient for wind-based energy generation.

Impact on Local Communities and the Future of Renewables in Tanzania

Stakeholders cite the Mwenga wind power farm’s good influence on local people as the key reason for their investment in the project. According to Camco chief executive officer Geoff Sinclair, this farm of wind energy in Tanzania would supply clients with an affordable source of energy. “The project will improve Mwenga’s local network, giving a wider variety of consumers accessibility to electricity at a cheaper cost than the national power grid and with greater reliability than other power sources.” This will result in faster economic growth and the creation of more jobs, and significant health advantages. “The initiative has provided about 50 temporary employment during the construction phase and will create another six long-term jobs throughout the operation,” Sinclair added.

The Mwenga plant, in words from Dr. Matimbwi, will significantly assist local people by providing them with the sustainable energy they need to fuel their activities. “The wind power farm will influence local people by providing them with the electricity they need to expand their economic activities, complementing the hydro plant’s functions.” “In this area, diesel engines powered milling machines, which was quite expensive. By using the Mwenga power plant, the costs of running the milling machines will be reduced, allowing for an increased profit margin,” Matimbwi noted.

Despite the country’s abundant energy resources and the government’s commitment to spend on renewable energy, global investors may be hesitant to invest in wind energy in Tanzania. One of the primary challenges in implementing sustainable energy projects across the country, according to stakeholders, is institutional and regulatory constraints. “Getting a bankable Power Purchase Agreement signed is extremely difficult, lack of creditable individuals to represent companies is still an issue, and tariffs rates are routinely and seemingly without notice decreased to levels that jeopardize commercial viability.” “Given the legislative and institutional impediments, I’m sure many investors are considering whether it’s worth investing.” Yes, from our perspective, but only if we are sure that the risks I highlighted have been adequately managed,” Sinclair added.

The TAREA Organization, which advocates for sustainable energy at the institutional level, could serve as a link between government and private companies. “Our role is to negotiate with Tanzanian authorities so that the private sector can develop renewable energy technologies.” “This is our primary responsibility,” Matimbwi remarked.