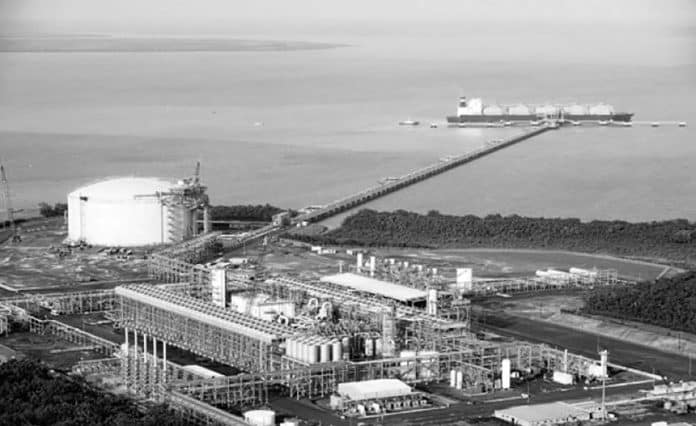 The country’s national oil company is TPDC [Tanzania Petroleum Development Corporation], which the government uses to carry out its petroleum exploration and development policies.

The TPDC employs roughly four hundred people including the TPDC management team and is divided into four units and six directorates, which are as follows: Directorate of Exploration Development and Production, Board of Oil and Gas Business, Board of designing and Investment, Board of Finance and Administration, Board of Legal Services, Board of Internal Audit, ICT and Statistics Unit, acquisition Management Unit, PR and Communication Unit, and Risk Management Unit. The Public Corporations Act, Number .17 of 1969,

was used to create TPDC, which was created by Government Notice No.140 dated May 30th, 1969. In 1973, the Corporation commenced its operations. The Treasurer Registrar holds all of the shares of TPDC, which is a totally owned government organization.

To become a premier integrated national gas and oil company that competes on a national, regional, and global level while maintaining environmental stewardship for the interest of all participating stakeholders.

To join and be involved in the production, exploration, distribution, and development of gas and oil, as well as related projects; facilitation of a competitive trading environment; protection of the country supply of energy products; and establishment of standards of safety to protect the citizens, assets, and the surroundings.

The following are the Corporation’s goals, as stated in the TPDC formation order:

According to the government’s declaration in July 2006, TPDC’s roles are as follows:

Tanzania has also been explored on and off for the past sixty years. Almost all global petroleum firms were interested in the region at one point or the other. Mnazi Bay, Songo Songo, and the southern deep-sea basin adjacent to Ruvuma have all seen the discovery of significant amounts of gas. Over fifty exploration and development wells were drilled, giving crucial geological knowledge about the underground and hydrocarbon potential. A total of 100,000 km of seismic coverage is available in the public domain, with 70,000 km offshore and 30,000 km onshore, including the inner rift basin. Over 15,000 square kilometers of 3D seismic statistics have been acquired inside the offshore areas.

After the licensing, all blocks received substantial seismic data, including 70,000 live kilometer of 2D seismic statistics and 15,000 km sq of 3D seismic statistics. The drilling of exploration wells by BG [Blocks1,2, and 3], Statoil (Block 2), and Petrobras (Block 5) resulted in significant gas findings in blocks one, two, three, & four. 2012 to 2013 were expected to see more exploration, particularly assessment drilling.

There have been no active contracts and little activity at the start of this phase, with the exception of multiple types of research and a determined commitment by the government to reach fiscal and technical arrangements for the development of the Songo Songo gas field. Songo Songo gas field development, transportation, and usage are now being operated on by Tanesco, TPDC, Canadian businesses, Trans-Canada Pipelines and Ocelot. A vast majority of international corporations began acquiring exploration licenses in the coastal basins in early 1995. In the Mandawa Basin, the Tanganyika Oil Corporation has developed two wells in 1996\1997. Canop and Antrim, both of Calgary, Canada, as well as Ndovu Resources from Australia, also entered exploration agreements. A Production Shearing Agreement over the Kimbiji/Ruvu territories is now being discussed with Pemba International based in Calgary, Canada. An Agreements for the development of the Mnazi Bay area gas discovery and the construction of a power plant is currently being discussed.

The enactment of the Petroleum [Production and Exploration] Act of 1980, as well as rising oil prices, prompted significant growth. During this time, most Tanzanian drilling took place, such as the development of the Songo Songo Natural Gas pipeline and AGIP’s gas discovery in Mnazi Bay in 1982. Songo Songo was developed with the help of TPDC, which drilled two wildcats at Kimbiji and engaged in various seismic projects. AMOCO drilled two wells in the Rukwa Rift basin due to excessive interest in the internal rifts, which was partially sparked by Project PROBE. In 1991, Shell drilled Dira-1 in the Mafia Channel and then gave up the license around the same year.

The TPDC [Tanzania Petroleum Development Corporation], a state-owned corporation, was founded in 1969, and the first PSA [Production Sharing Agreement] was signed with AGIP[General Italian Oil Company] on former BP/Shell concessions. Extensive regional, onshore and offshore seismic studies were carried out at this time. AGIP drilled two offshore and three onshore wells, such as the giant gas findings at Songo Songo in 1974, after being joined by Amoco in 1973. TPDC validated the results in 1975-79 with a three-well project, including SS-2, which was a blowout.

Negotiations along the coastline were handed to BP and Shell, including the enormous islands of Pemba, Mafia, and Zanzibar. The extensive geoscience effort involved digging more than 100 geological simplistic boreholes and aeromagnetic, gravity, reflections, and seismic dispersion data. Four Wildcats were drilled due to a thick sedimentary discovery, one on each Pemba, Mafia, and Zanzibar Islands, and one onshore in the Mandawa Salt Basin. However, no major hydrocarbon exhibits were found in the wells; they did authenticate the existence of seal, pond, and source rock pairings in the stratigraphic order.