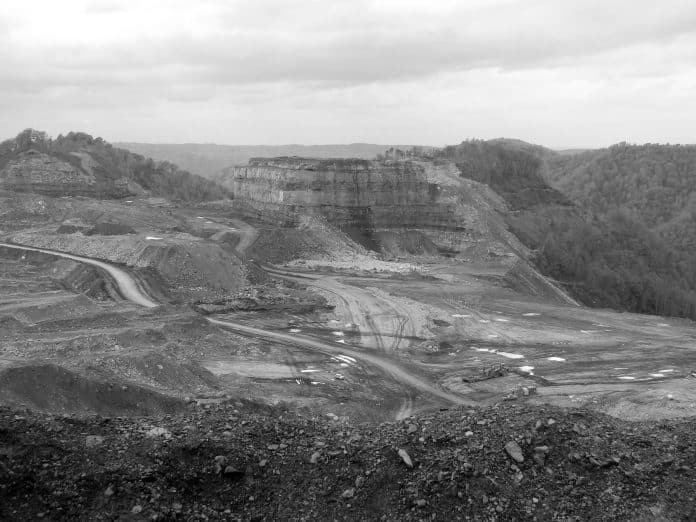 Mining of Uranium in Tanzania – Current Status, Challenges, and Opportunities

Mining of uranium in Tanzania is on the verge of a new era in large-scale volume. Numerous significant uranium resources have been discovered throughout the country. Over 25 businesses are exploring uranium in the country’s diverse geological environments. These investigative activities are being conducted in response to the findings of radiometric research undertaken in the 1970s, which indicated the presence of uranium enrichment in several locations. The Mkuju River Project is a significant uranium development project in southern Tanzania, approximately 470 kilometers south of Dar es Salaam. Uranium One Inc. of the Russian Federation is the project’s major operator. In 2016, the project is currently active due to the progress of research and preparation operations. The project’s mineral resource base now stands at roughly 58,500 tonnes U. The firm has obtained a prospective mining license given to them by the Tanzanian Ministry of Energy and Minerals. Mining is yet to begin due to the low uranium spot price.

Challenges of Mining Uranium in Tanzania

Several obstacles presented themselves throughout the exploration stage of mining uranium in Tanzania. Similar difficulties are predicted during the ore’s extraction and processing. A few of these difficulties are illustrated below.

Public worry exists because the found uranium in Tanzania-bearing resources are positioned on the grazing pastures of nearby villages. Concerns were raised by the people living in the Bahi and Manyoni reserves in the country’s central zone. There are wetland regions in this location that are primarily used for agricultural purposes and cattle farming. The majority of villagers have been rebelling against the Government’s policy of authorizing exploration ventures in these areas with the assistance of NGOs. The residents of the Bahi and Manyoni regions are adamantly opposed to uranium mining, fearful of losing their property to uranium businesses owners without receiving enough\adaquate compensation. Besides the threat of losing their farmlands, there is considerable worry in the Bahi and Manyoni regions about the environmental damage. Because most uranium exploration locations are located inside agricultural zones, contamination at both the health and ecological levels should be seriously considered. The significant majority of people in these areas rely on groundwater for drinkable water.

Global experience with previous uranium production areas regularly demonstrates that uncontrolled uranium mining operations have had a substantial negative influence on water and soil and put the population at risk, leading to a high cost of environmental cleanup. When it comes to mining uranium in Tanzania, the country’s primary legislation regulating practices involving bonding radiation is the Atomic Energy Act 2003 and its implementing regulations, namely its Mining [Radioactive Minerals] Regs of 2010 and the Atomic Energy [Radiation Security in the Mining\ Processing of Radioactive Ores] Regs of 2011. A substance is classified as radioactive under the Act if its total activity concentration is higher than 74 Bq/g. In this respect, economic uranium ores with concentrations anticipated to surpass this activity are classified as hazardous ores and are consequently subject to strict federal regulatory scrutiny. The dosage limits set out in these guidelines are those suggested by the International Commission on Radiological Protection [1977] for occupational and societal exposure to bonding radiation. The exposure limitations are as follows:

Additionally, the regulatory authority is responsible for implementing regulatory compliance with the applicable international and national standards.

Although the legislative framework and necessary infrastructure for occupational and public exposure management, waste management, and environmental protection are in place, problems exist for the efficient evaluation of businesses involved with mining uranium in Tanzania. A lack of resources and equipment in Tanzania imposes significant constraints on the regulatory authority’s capacity to carry out its essential functions. The regulatory body and the mining corporation must obtain reliable environmental data before project development. This is critical and cannot be overstated. In the absence of comparable data, proper control of changes following ecological criteria before, during, or after mining activities may be impossible. Environmental data collected after mining operations begin cannot be used to determine the impact of uranium mining on the environment or public exposure. Due to the large region that would require pre-mining data and the limited time available to decide on the impacts before actual uranium mining begins, the regulatory authorities will require a comprehensive resource inventory. A significant investment is needed to set up baseline data for the environment and develop technical capabilities. This puts pressure on the Government’s financial resources. Implicitly, insufficient money and technological competency could jeopardize country’s evaluation and proper regulation of mining uranium in Tanzania.

For the last 11 years, the spot rate of uranium in Tanzania has seriously been decreasing. Sources say the spot price fell by over 25% in 2016, with the average “UxC” Broker Price [BAP] falling to $48.03/kg U. This was the lowest spot price since May 2nd, 2005.

The drop in the market price of uranium in Tanzania has prompted Uranium 1[one], a Russian Federation’s Nuclear Energy Corporation, to propose stopping the Mkuju River Initiative. This presents a big challenge for the nation because it is the 1st uranium mine to be licensed by Tanzania’s Ministry of Minerals [initialy the Ministry of Energy and Minerals]. By March 2013, the project’s worth of measured and indicated resources stood at 48 000 tonnes of uranium + inferred resources totaling 10 600 tonnes of uranium at an average rating of 0.026 percent U.

Wildlife Conservation Issues in Conflict with Mining of Uranium in Tanzania

Since 1982, the Uranium One location site has been designated a UNESCO World Heritage Site. UNESCO agreed to modify the boundaries, allowing mining projects in this rare protection region. Selous, Africa’s largest wildlife reserve, is home to the world’s most significant concentrations of nearly extinct wild hunting dogs and elephants. UNESCO describes the game reserve as a vast sanctuary of 50 000 sq. km that is generally untouched by human activity and is home to enormous quantities of elephants, crocodiles, giraffes, and black rhinoceros. The reserve is covered in various flora forms, from impenetrable thickets to vast woodland grassland. The proposed mine will be located in an “elephant corridor” between Mozambique and Tanzania and will cover an area of approximately 200 sqm. Due to the nature of the deposits in the area, the mining methods used for this project were either open-pit mining or in situ leaching (ISL). Both approaches will influence the ecosystem both within the mining area and in areas surrounding the mining area. In the event of open-pit mining, the surroundings will be impacted by vast amounts of radioactive waste, which, if not managed effectively, might result in the contamination of large portions of the project both within and outside the mining region. Controlling water from the nearby runoff and subsurface aquifers is critical to the success of a pit operation. If not adequately handled, Contaminated runoff will pose a hazard to the game reserve’s species. In the case of ISL, the threat of the leachate spreading outside the uranium reserves might have a detrimental effect on groundwater quality for countless generations after the mine is closed down. Additionally, ISL can emit significant amounts of radiation and generate water fluids and wastewater even during the uranium recovery process.

While exploration and mining of uranium in Tanzania present significant hurdles, there are promising opportunities during the searching phase and anticipated rewards once mining begins. Two instances of these benefits are provided in the following sections.

Operations involving uranium in Tanzania have produced significant employment during the exploration phase. They are projected to do so again when the milling and mining of the ore begins. Around 1600 people are projected to gain employment during the construction phase, and approximately 750 people will be employed permanently after the mine starts operations. At the moment, 120 personnel are engaged in exploration efforts. In addition, to achieve maximum compliance with the requirements, regulatory agencies participating in the uranium control process will need to hire more trained personnel. As a result, more job openings will be available in the area.

Export Earnings from Uranium in Tanzania

Foreign Direct Investment (FDI) in the Mkuju Water Project is estimated to total approximately $1 billion. This will strengthen the country’s economy and contribute to the Government’s goal of raising the overall standard of living. Additionally, the Government receives taxes, fees, royalties, and infrastructure upgrades in the areas where mining operations of uranium in Tanzania occur.

Through both active and passive investment, the business has been shown to benefit countries’ economies where mining happens. The commodity is now trading at a discount. Nonetheless, the need for uranium for nuclear fuel is likely to increase in the coming years due to an overwhelming increase in the number of newly constructed atomic power stations in various countries. The anticipated increase in demand and the associated increase in the uranium market price will benefit mining businesses and the governments that hold uranium reserves. Nevertheless, despite anticipated gains, the disadvantages may outweigh the advantages in some countries.