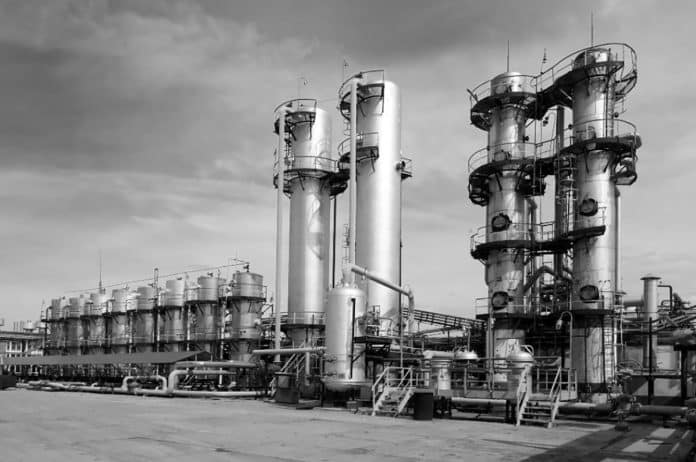 Overview of Songas Tanzania – History, How It Works, Infrastructure and More

Songas is a major Tanzanian gas-to-power firm with a capacity of 190 MW [megawatts] of power. Songas processes as well as transports oil and gas to other energy manufacturers and industrial users using the gas reserves found in the Songo Songo gas.

Songas has become a crucial partner with the Tanzanian government in supplying the country’s expanding energy needs since 2004. TANESCO buys 100% of the electricity Songas generates.

Through stock holdings held by TPDC, TANESCO, and TDFL, the Tanzanian government holds more than 40 percent of Songas’ shares as a registered United Republic of Tanzanian corporation. Globeleq holds 54 percent of Songas’ stock and runs the facility. Globeleq is a major independent energy producer based in Africa that operates as well as develops power plants. Globeleq is controlled by CDC [70 percent] of the United Kingdom and Norfund [30 percent] of Norway. The Norfund and CDC are development financing institutions that invest in developing nations.

How the Sector Operates

Electricity must be produced on demand because it cannot be effectively stored on a big scale. As a result, enough electrical producing capacity must be available to satisfy peak demand; else, power failures would occur. That’s why not all energy stations must create electricity all of the time and why the amount of energy produced by energy companies like Songas fluctuates with the amount of energy demanded.

TANESCO is the electricity grid operator of Tanzania and is in charge of the electrical grid infrastructure. It observes the system and switches generating machinery on and off as needed, a process known as dispatching. The company has discretion over whether, what time, and at what rate private generation businesses sell energy directly to Tanzanian commercial, industrial, and home consumers or whether an alternative type of agreement would be more desirable. TANESCO typically deploys generators with the lowest variable cost to fulfill baseload, with the more high-priced generators being utilized to meet peak demand.

The majority of Tanzanians get their electricity from TANESCO. Songas is a private generation company that sells all of its electrical output to TANESCO, which means Songas only has one customer. Lengthy contracts between TANESCO and Songas are thus required to ensure a consistent cash flow and to enable shareholders to make investment choices as well as fund operations. A different type of agreement would be more suited if private generating businesses could sell power directly to Tanzania’s thousands of commercial, industrial, and household consumers. However, this really isn’t the case, and the energy purchase contract between TANESCO and the private power firms is based on a tried-and-tested model that has worked well around the world.

Benefits of Songas as a Private Power Firm

Songas provides a different and cost-effective kind of energy by utilizing the country’s own natural gas reserves, establishing Songas as a significant regional energy provider. It boasts one of the most low-cost and competitive thermal power plants in Tanzania, with an all-in power cost of roughly $0.06 per kilowatt an hour on average [TZS 135 per kWh].

Natural gas is nearly completely methane, but it is combined with other things such as oil and water underneath. It must be ”spotless” or treated to remove all of the different fluids and hydrocarbons from the raw natural gas.

A 25-kilometer-long, twelve-inch-diameter undersea tube transports the gas from the workstation on SSI [Songo Songo Island] to the central station at Somanga. The gas is then transferred 200 kilometers to the Ubungo Energy plant and TANESCO’s production plants in Dar es Salaam via a sixteen-inch diameter tube.

The Songas gas pipeline is designed to deliver 105M cubic meters of gas per day. Tanzania Breweries, Twiga Cement, and other firms that utilize gas in their production process are served by smaller lateral tubes.

Songas uses a sophisticated and remote control center in Ubungo to monitor and control the quantity of gas arriving in its pipeline. Workers monitor gas movements from within the wellhead to the tube at the Songo Songo Island processing facility. Songas has funded community awareness programs and educated wayleave coordinators who frequently observe activity along the pipes to guarantee the security and safety of the populations along the pipeline path, as the pipeline path or wayleave passes through numerous villages and landowners’ private properties.

The Songas Ubungo plant generates 190 MW [megawatts] of energy using 6 [six] aero-derivative turbines, which account for approximately 21 percent of Tanzania’s electrical needs. TANESCO supplies this electricity to the national power grid and distributes it to end-users.

Songas has accomplished outstanding performance and availability since its debut. It was the country’s first power plant to use international high-quality standards to improve operations via world-class technical specifications. Songas has been recognized for its emphasis on occupational safety and health throughout the country, receiving accolades for plant reliability and best practice.