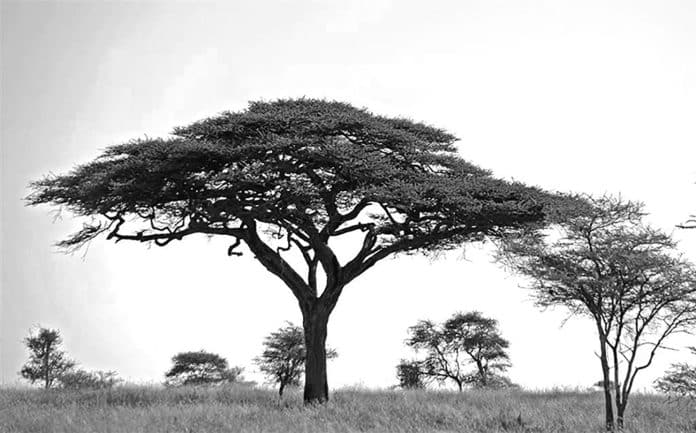 Tanzania Trees You May Frequently See While on Safari

On your safari in Tanzania, we’ll transport you to the African Savannah, where wildlife feeds on trees and grasses; there is no closed canopy in the forest since different types of trees in Tanzania are scattered all over. Here are some of those remarkable common trees in Tanzania you will encounter.

The African Baobab Tree in Tanzania, or Adansonia Digitata (Oldest Tree in the World Tanzania Can Offer)

The Oldest Tree on Earth Tanzania Has

The Baobab is considered Tanzania tree oldest in age as it has been around over 6,000 years.

On safari, the baobab tree Tanzania has represents one of the most common sights. Africans can find these trees in the Tanzanian Savannah, where it is native. Because of their appearance, some believe these Tanzania trees were planted upside down. It was said by some African tribes that baobabs had an exaggerated sense of self-importance. They infuriated the gods so much that they were uprooted and replanted upside-down.

As the Tanzania baobab tree gets full-grown, the tree’s height ranges from 16 feet to over 80 feet, and its trunk diameter ranges from 33 feet to more than 46 feet. These dimensions definitely makes the Baobab as biggest tree in Tanzania, easily! To help this oldest living tree in Tanzania endure in drylands, its roots spread well beyond its height. The average lifespan of the Baobab is more than a thousand years, making it the oldest tree Tanzania still has in existence. Due to a lot of challenges with climate changes and environmental pollution, at the moment we do not see any other tree that can be considered the oldest tree in Tanzania except the Baobab.

Acacia Drepanolobium, one of Tanzania trees, is renowned as a plant in the lineage Fabaceae. It improves nitrogen. Numerous little branches extend from the main stem of this photoautotrophic plant. Typically ranging from 1 to 5 meters in height, sometimes advancing to 8 meters.

The plant gets its common name from the whistling sound when the wind blows across bulbous spines with ant entry/exit pores. In reality, the tree’s flower-like structures known as “extra-floral nectaries” provide refuge and food for these ants.

The Sausage Tree, or Kigelia Africana

The elongate panicles of blood-red to maroon flowers of the Sub-Saharan African sausage tree are magnificent when they are in bloom. The Peter Dwarf Epauletted or Micropteropus Pusillus is the flower’s pollinator, despite the flower’s odor being unpleasant to humans.

These Tanzania trees have the potential to attain a peak of twenty meters. Tropical and moist Savannah territories of Sub-Saharan Africa have the trees. Kigelia Africana are trees found in Tanzania Serengeti in vast number. The fruit, which may grow to one meter, is long, succulent, and lethal. It falls from the tree and releases seeds when the pulp decays. One of the many uses of this tree fruit is to make skincare products and alcoholic beverages, among other things.

It is safe to say that Acacia trees Tanzania are Africa’s best-known trees. In the Savannah region of the continent, acacia trees can only live for 20 to 30 years on average. In areas where erosion is a problem, their vast roots help stabilize the ground. As a result, these Tanzania trees can tolerate prolonged periods of dryness thanks to their firm roots.

Tanzania trees regarded as thorn trees are Acacias. The thorns of some types are long and straight, while those of others are hook-shaped. For the most part, this is because it acts as a deterrent for browsers. According to scientists, this thorn tree Tanzania has, does not stop herbivores from feasting on trees, but it does reduce overgrazing.

A common hemiepiphyte is the strangler fig. To better describe the strangler fig tree, which originates as a seed in the canopy and grows comparable to that of host trees. Strangler figs become “columnar trees” with hollow centers after killing their hosts. These Tanzania trees can grow from 6 to 21 meters if adequately managed.

The tropical ecosystems depend heavily on the ecological role played by strangler figs. Bats, birds, and other animals find refuge and a place to reproduce in the hollow centers of strangler figs. It’s also important to note that many of these Tanzania trees are referred to as “keystone species” since they provide food for a wide variety of other resources that are in short supply.

These are native Tanzania trees, thriving among kopjes and near the Serengeti River. Indigenous people rely on the tree for cultural and medical purposes since it treats various ailments, such as sore throats and diarrhea, and wounds and nosebleeds, while also promoting breastfeeding.

A variety of habitats, most of which are seasonal soggy, support Phoenix reclinata’s growth, including locations with high rainfall, riverine woodland, and even the rain forests of the Amazon. Even though the Phoenix reclinata, which can grow up to 12 meters, is not uncommon, it is most often found between 3 and 6 meters. Sometimes it creates dense, bushy tufts of single-stemmed plants.

From 1 to 2.5 centimeters in length, the ovoid-shaped fruits of these Tanzania trees are reddish-brown or scarlet when fully ripe. Palm wine is made from the thick, syrupy sap of the fruit, which is edible but has an awful flavor.

The Toothbrush Tree, or Salvadora Persica

The traditional source of tooth or chewing stick is Salvadora Persica, known as Arak (in Arabic) and Peelu (in Urdu) (Miswak or Sewak). Much effort has been devoted to verifying its historical use in dental hygiene. These Tanzania trees are evergreen shrubs with smooth green leaves and a whitebark with a 4 to 6 meters in height short trunk.

Spirulina and rheumatism can be alleviated with the fresh leaves in traditional medicine and utilized as salads. Water-stressed areas like floodplains, rivers, and grasslands of North Africa and the Middle East host this plant natively.

This is one of the safari’s most common trees. From about three meters up, the Euphorbia candelabrum tree’s branches are almost upright and bifurcate to form a comprehensive, round crown. The average height of the tree is 12 meters, but specimens as large as 20 meters have been observed.

As spurge, it’s one of the most frustrating. The tree’s milky-white latex, which is bitter and acidic, is abundant. The latex contains diterpenes, irritants, and carcinogens, making these Tanzania trees extremely hazardous.

The Acacia Tortilis, Commonly Known as the Umbrella Acacia

The bark of these Tanzania trees is hard and dark in color, ranging from grey to black. A solitary straight thorn and a small hooked thorn are attached to the tree; in pairs, the thorns are long and thin. On rotting wood, flowers grow in clusters. White and milky, the flowers are shaped like spheres. Pale gold brown, the pods have a curled and twisted look. The umbrella has a delicate, fluffy appearance because of the umbrella’s thin leaves.

It may grow as a small, wiry bush in particularly arid areas. These Tanzania trees can reach a height of 21 meters (70 ft or 69 feet). There are four to ten pairs of pinnae on each leaf, each having fifteen pairs of leaflets on the tree. The flowers, which are tiny and white, are densely packed and unbelievably fragrant. Flat, coiled pods with a springy feel produce seeds.

The Umbrella Acacia is definitely among the trees that can be considered largest tree in Tanzania if considering the height factor.

Exactly why it’s known as yellow fever. One of the most common types with a low, medium, to a large sized tree that grows along or in waterways. The tree’s beauty is enhanced by the clusters of ten yellow ball blossoms. Older Tanzania trees lose their smooth, greenish to yellow bark, revealing a fascinating pattern of flaking pigments beneath the surface. Small to medium-sized leaflets range from 0.75 to 1.75 millimeters (0.25 to 6.5 mm). At the base of the upper pinnae pairs, petiolar glands are commonly seen. In pairs, the spines are white, straight, and sturdy.

The early settlers’ misinformation about the tree’s nature befuddled it to transmit malaria hence the tree’s moniker. In regions where malaria mosquitoes thrive, the tree has been linked to the disease.

Pictures of Trees in Tanzania

Pictures of Trees in Tanzania
1 of 7

For more articles related to Vegetation in Tanzania, click here!