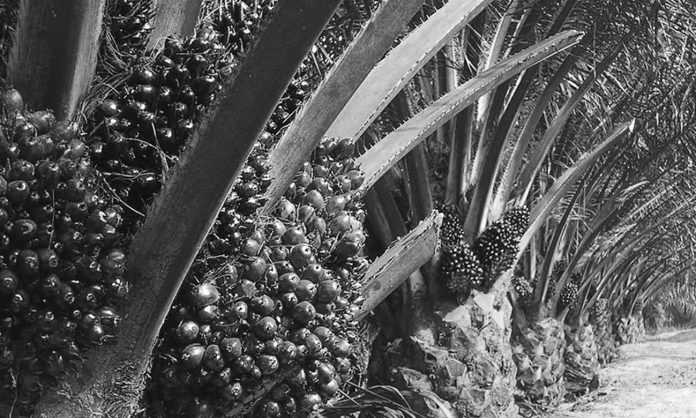 Palm oil in Tanzania has not yet been actualized. However, the Tanzanian government is building the groundwork for joining the agrofuel market, which will primarily involve sugarcane, oil palm, and jatropha.

The Tanzanian government established the National Biofuels Task Force in 2006 to promote the evolution of the industry palm oil production in Tanzania. The task force’s objectives include the following:

A year after the Task Force was established, the promotion manager of investment at Tanzania’s Investment Centre stated that about 160,000 hectares had been set aside for the production of jatropha.

According to an IIED estimate from 2009, approximately 4 million hectares have been sought for biofuel investment, mainly in jatropha, palm oil, and sugar cane, with 640,000 hectares already allocated. Some 100,000 acres have been issued with official rights of occupation.

Regions and Manufacturers of Palm Oil in Tanzania

Oil palm is only popular in west Tanzania, notably in the Kigoma district, where local farmers have been cultivating this palm for edible oil production since the 1920s. Recently, new uses for oil palm have emerged, like the production of local soap. Smallholding farmers living in the Kigoma area (Kigoma’s rural district), the Mbeya area (mostly Kyela district), and portions of the Tanga area are the primary producers of oil palm in Tanzania. In Kigoma’s case, the local cooperative harvests around 150,000 liters of oil palm every year and sells it to local soap manufacturers and refineries in Dar es Salaam. Women are responsible for milling and boiling palm oil at the local level as well as the sale of products made from palm oil (oil, soap).

The Palm oil in Tanzania strategy started changing in Kigoma, in 2005 when FELISA Limited planted the first seedlings of hybrid palm in the area. The firm was founded by 24 (mostly Belgian) owners 75 kilometers from Kigoma and began activities on a 100-hectare plantation. They later gained 150 kilometers from Kigoma with a plan of cultivating oil palm on another 4,258 ha of land. As part of a potential outgrower program, Felisa also intends to acquire fruits locally from small-scale growers. The corporation intends to plant 10,000 hectares of palm in the area. Half of this is projected to come from smallholder outgrowers, with the other half coming from its almost 5,000 hectares of land.

Recently, African Green Oil Ltd. filed with the Tanzanian Investment Center (TIC) for a land lease for over 10,000 ha of land in the river Rufiji delta in southeastern Tanzania for the plantation of palms. African Green Oil Ltd was given a lease for 250 ha as a trial venture, with the acreage expanding based on performance. The firm intends to manufacture palm oil for sale to a variety of clients, including biofuel companies. The company’s website states that its goal is to build “a 20,000-hectare plantation of oil palm by 2020.” AGO presently plants 800 hectares annually, with a goal of 2,500 hectares by 2013. By May 31, 2009, it had already bought 5,000 hectares and planted 435 hectares.

According to IIED’s report, Tanzania Biodiesel Plant Ltd bought 16,000ha in Bagamoyo, while InfEnergy Ltd, with 5,818 ha acquired in Kilombero, are two other oil palm projects. Furthermore, a 2008 report that Oxfam commissioned mentions the following projects: TM Plantations Limited, a Malaysian firm planning plantations at Kigoma; LLC (US), Sithe Global Power, planning to develop 50,000 ha of refineries and plantations; InfEnergy (UK) has commissioned a 10,000-ha site for an irrigated plantation; and an unidentified Malaysian “palm oil group” planning a 40,000-ha plantation in the Kigoma region.

According to a 2009 study delivered in Nairobi by the Ministry of Food Security, Agriculture, and Cooperatives, “Areas identified for production of biofuel crops” are oil palm between Ruvuma and Kigoma, close to the Mozambique border. However, the initiatives described above tend to indicate that Palm oil Tanzania production would be created in a wide range of areas around the country.

Investment promotion in the production of agrofuel (including jatropha, sugarcane, oil palm, and sunflower) can have major environmental and social consequences, including the following:

Despite the mentioned threats of Palm oil in Tanzania, the state is pushing ahead with agrofuel development with help from organizations like the Swedish SIDA (funded the National Biofuel Task Force to hold initial meetings) and German GTZ (commissioned the maiden comprehensive study on biofuel prospects for Tanzania’s transport sector). In such circumstances, local communities and civil society groups must become involved in the problem in order to positively impact both government policy and business practice.

“With Tanzania consistently relying on foreign food aid with the increased occurrence of drought, the strategy of generating fuel for export rather than food would increase food insecurity and poverty in the country in the coming years.”