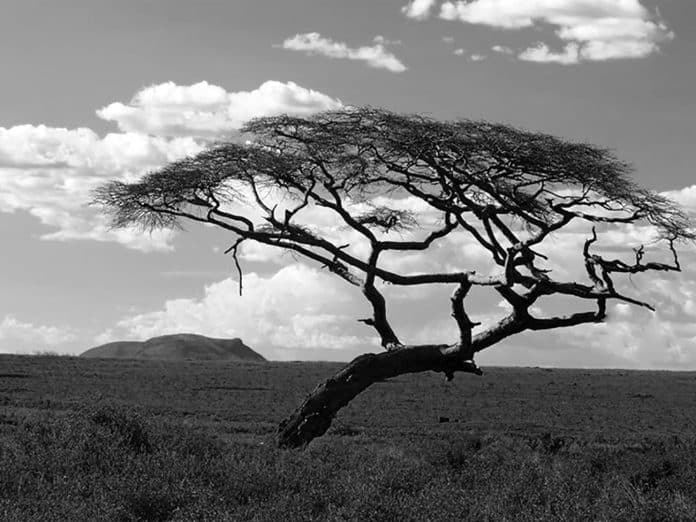 The Flora of the Serengeti

The Serengeti consists of many habitats, including huge woodlands, grasslands, and riverine forests.

It’s not uncommon not to see a wide variety of grasses and trees in serengeti. These are the most notable ones; therefore, bring a notebook on your safari to the Serengeti.

There are a Variety of Trees in the Serengeti:

Only a few of these enormous Serengeti trees are scattered throughout the Serengeti’s dry riverbeds; As the pulp rots, it releases highly long seeds (up to 50 cm), succulent and poisonous. The stalks can be observed for months after the fruit has fallen and are frequently misconstrued for a leopard’s tail.

The Fig trees, or Ficus SP

Fig trees of various types can be found throughout Serengeti National Park. The plane grey bark, enormous buttressing interwoven roots, and saucer-sized dark green leaves are easily identifiable. Always near wet riverbanks and in the rocky nooks of kopjes, figs are recurring trees.

They are monocotyledons, which means they have unbranched, parallel leaves veins. They are closely related to bananas, lilies, orchids, and grasses. Palm trees in the Serengeti are dominated by wild date palms that grow along rivers and wetlands. Their fruits are edible; however, it has an awful taste. The delicious sap of palm trees can be used to make wine. Resting lions appreciate the tree’s plentiful shade.

Vachellia and Commiphora have unlike characters; their papery blue or yellowish bark, peeling, and roundish leaves make it easy to tell the two apart. The Serengeti is home to a wide variety of these trees, but they are most widespread in the eastern portion of the park. Traditional medicine uses the roots, bark, and berries to treat a wide range of diseases, including rashes, stomach problems, and liver problems, amongst others. Africa’s most common myrrh species is Commiphora Africana.

Along rivers and in areas next to marshes and floodplains, yellow fever trees of the Serengeti can be found in profusion. They have large white thorns on the trunk and broad branches that reach outward. It’s impossible to miss. Because of the early settlers’ belief that malaria was more common in its vicinity and its standing always close to water environs, the yellow trees growing nearby were called the “Yellow Fever Tree.”

The Umbrella-Holding Tree or Vachellia Tortilis

These trees of the African Serengeti represent the continent, with their distinctive shape breaking up the plains’ monotonous expanse. Vachellia Tortilis stands out in the Serengeti National Park because of its large white thorns, dark bark, and unusual flat top. Elephants and giraffes favour this tree’s seeds. Only twice in the past 125 years have umbrella tree seedlings established themselves in large numbers due to their inability to endure bush fires. Most of the umbrella trees in the Serengeti are 125 or 45 years old.

These are unusual Serengeti trees Africa has to offer, they are naturally equipped with hard, hollow spheres at the base of its thorns loaded with biting ants. An added benefit of the tree’s protection is providing food and refuge to ants in its “extrafloral nectaries” or unique flower-like networks. Named whistling thorn for the whistling noises made by the ant’s void as they crawl within the hollow galls. When the earth is regularly saturated with water, these little trees thrive.

The Red-Oatgrass, or Themeda Triandra

Known in Australia as Kangaroo grass, or Rooigras in Afrikaans is one of the most common grasses in Serengeti National Park’s forests and long-grass plains. As it dries, it turns a vivid pinkish-red tint. Red-Oatgrass can grow so abundantly on the meadowland that it resembles a wheat field with flat fan-shaped seeds. Only after other grasses have been exhausted do wildebeest consume these Red-Oatgrass.

The Fingers Grass, or Digitaria Macroblephora

This grass is likely the most common in the Serengeti. It’s nearly impossible to find a grazer who hasn’t taken a bite out of its nourishing leaves. The seed heads resemble tiny fingers reaching skyward, as the name suggests.

The Dropseed Pan, or Sporobolus Ioclados

This Sporobolus species and the Finger grasses are the two dominant species on the short-grass plains. Dwarf forms of both species make it difficult to tell them apart. Differentiating Pan Dropseed from other grass species is its ornamental seed head, which looks like a miniature Christmas tree with the seeds dangling below the fronds.

Plants that are not native to the Serengeti, such as invasive species, are nuisances since they displace the local vegetation. They are a fast-growing weed that has made some regions unfit for farming and competes with crops and local vegetation. The Mexican Marigold was introduced to the area with a shipment of wheat seeds. The Prickly Pear is also known as Opuntia sp., the Custard Oil, or Rhoicissus sp., and other invasive species Species that are not native to the Serengeti National Park could significantly impact park vegetation and wildlife behaviour. You’ll find the Mexican marigolds, Custard oils, and Prickly Pears throughout the park, especially along the roadsides where seeds are easily dispersed by passing vehicles.

Photos of the Serengeti Tree Silhouette

For more articles related to Vegetation in Tanzania, click here!

Tanzania Trees You May Frequently See While on Safari