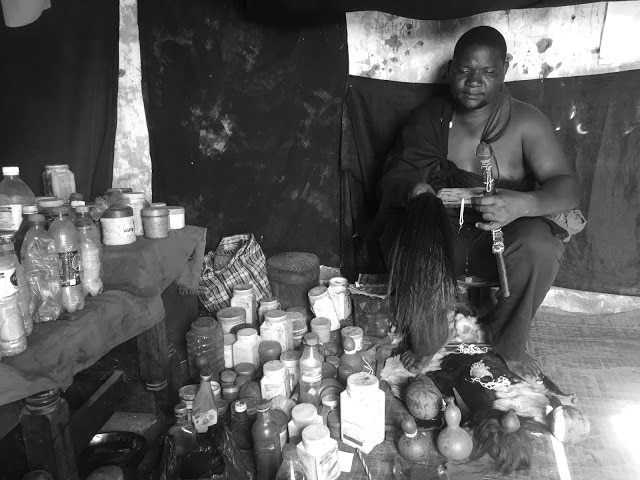 The recognition of Traditional Healers (TH) as health care providers in Tanzania began during the German colonial era. The colonists, on the other hand, always suspected traditional healers as a threat to their system of government and associated it with magic and civilization. However, some Christian missionaries accepted natural remedies from traditional healers in their medical services and expressed interest in studying them. Recognizing the importance of traditional medicine, in 1895, German military doctors were formally advised to collect specimens of plants and send them for scientific research in Germany. By 1907, traditional medicines were incorporated into the then-German “East African health care system”. Traditional healers in Tanganyika were given certificates showing their working areas and the diseases they treated.

An attempt by the Ministry of Health Tanzania to issue a new law for Medical Practitioners and Dentists of 1968 was done at the right time since it helped in changing the minds of Ordinary Health Practitioners to natural remedies. The law affirmed the existence of traditional healers and their right to work in Tanzania. The government’s position on promoting traditional medicine is clearly stated in the Tanzania Health Policy which was created in 1996 by the Traditional and Alternative Medicine Policy and the laws of 2000, and 2002 respectively, both of which recognize the role of traditional healers and traditional medicine in the health system in the country. Gradually, the government allowed scientific research aimed at integrating traditional medicine with conventional health systems, through the establishment of the Traditional Medicine Research Unit at the University of Dar es Salaam in 1974. The unit was upgraded to the Institute of Traditional Medicine in 1991. The University of Dar es Salaam (UDSM) departments of Plants, Chemistry, Marine Science and Microbiology are all involved in teaching but also conducting research on natural products. Within the Ministry of Health, traditional medicine unit has been in existence since 1989. The National Institute for Human Disease Research also joined in the movement and established a department of herbal medicine research in 2002 to strengthen existing research and developmental needs in traditional medicine. Recognizing the value of indigenous knowledge, the Institute and the Ministry of Health, have also worked together to finally come up with a tradtional medicine policy since 2000.

As health care partners, traditional healers from several countries, including Tanzania, have demonstrated their commitment to fighting HIV / AIDS. An ongoing participatory trial between traditional healers and scientists in Tanzania has been launched with the aim of evaluating the safety, efficacy and toxicity of natural remedies used by traditional healers in the treatment of HIV / AIDS patients. Careful analysis of traditional healers’ knowledge on HIV / AIDS recorded through organized seminar and questionnaires enabled the Institute to identify the real and highly knowledgeable traditional healers specialized in HIV / AIDS. Formal agreements were reached through academic workshops and with the participation of legal partners from both parties, a result in 2005 at least seven traditional healers in partnership signed a Memorandum of Understanding with Institute of Traditional Medicine. Issues pertaining to ethical conduct, confidentiality, dissemination of research findings and Copyright were all considered within the signed agreement. This approach helped the Institute of Traditional Medicine easily identify real doctors for diseases such as HIV / AIDS and provided training for mutual respect and trust from practitioners from all health care systems. Thus, a large number of drugs from several medicinal plants used by traditional healers in the treatment of HIV / AIDS have been recorded. Analysis of the results of the study further clarified that these drugs are safe, and effective against many HIV / AIDS-related second-line infections, including diarrhea, recurrent cough, fever, mouth sores and skin problems. Studies published through various publications have indicated a positive relationship between the medicinal plants used by the co-traditional healers, which show antibodies to the immune system and prevent viral infections and record research reports of herbal remedies of the same medicinal plants reported from other sources on earth. This trend encourages further research on medicinal plants in Tanzania for their potential in HIV / AIDS treatment.

Another important traditional medicine and HIV / AIDS project run in the context of mutual trust among conventional doctors is the Tanga AIDS Working Group (Kikundi Kazi cha Ukimwi Tanga – KKCUT). KKCUT reports indicated that 120 traditional healers were trained on HIV counseling and care, condom use and community change. Specific practical tasks, including home care, were part of the program. Educational sessions for conventional doctors and traditional healers were organized and most of all, patient referrals were addressed to and from both sides.

A Network of Medicinal Plants and Traditional Medicine

The network was launched in Arusha, Tanzania in November 2003. Collaborative partnerships include the Natural Medicine Research Laboratory (Uganda), the Institute of Traditional Medicine of the Muhimbili University of Health Sciences (Tanzania) and the National Museum of Kenya. The project aims to establish a participatory platform that provides an opportunity for all stakeholders to share information and experiences about their activities, harmonize their methods and techniques, and work together to promote projects that promote their sustainability and progression, plus efficient use of medicinal plants and herbal products, as well as the inclusion of traditional medicines in in public health services. In the end, the project focuses on:

1) evaluating research activities and policy frameworks to identify gaps and priorities at national and sub-regional levels;

3) promote the development of regional co-operative projects so that they can reach the right population in challenging research projects, and reduce duplication of work or efforts;

4) strengthening the capacity of traditional healers’ associations and their cooperation with other stakeholders (health workers, researchers, policy makers);

5) contribute to the development / reform of appropriate policies and systems; and

6) initiate processes to bridge the gap between researchers, communities and policymakers, and disseminate research results in traditional medicines and herbal remedies in East Africa.

A vision and strategic framework for the conservation, management and use of biodiversity in East Africa has been developed. The development of Regional Project proposals in the areas of human health, ecological change and health, wealth creation and capacity building is at an advanced stage of preparation. In the last 3 years, the Network conducted a number of activities to strengthen the capacity of the traditional healers, the traditional healers Associations and their partnerships with other stakeholders. The network organized a seminar for drafting regulations on the subject of pharmaceutical medicine (materia medica) for the implementation of the Traditional and Alternative Medicine Act of 2002. Traditional healers and their associations, which are the custodians / owners of indigenous herbal medicine knowledge, they were actively involved in the process of formulating principles that would govern their performance. Through this Network, the Tanzania Traditional and Alternative Medicine Council conducted several introductory workshops on the implementation of the Mainland Act of 2002 to ensure that traditional healers and their parties understand the Act.

International, regional and national perspectives on traditional medicines have identified recognition and the role that traditional healers play in the traditional health care system. Traditional healing therapies have been shown to be culturally acceptable and have the potential to solve people’s health problems from developing and developed countries even in this age of technological advances in the modern healthcare system. In addition, the trade in medicinal and aromatic plants has been rated as a sustainable way to reduce poverty and still has additional value in biodiversity and conservation goals. Traditional medicine global recognition has helped reduce the gaps that exist between conventional doctors and traditional healers. Existing regulatory bodies, including the World Health Organization (WHO) and the African Union (AU) urge existing legal systems to protect, promote and ensure the prudent use of traditional medicines through joint research and education for all practitioners of the two treatment systems. In addition, the policies and legal framework that should regulate cooperation between conventional doctors and the traditional healers, should take into account the equitable sharing of the benefits gained from the partnership efforts with copyrights. In Tanzania, the government has led the recognition of the traditional healers through the Ministry of Health and their role as stakeholders in Tanzania’s Health Policy. The legal framework has been put in place through the Traditional and Alternative Medicine Policy and the Act of 2000, and 2002, together, and several research infrastructures in herbal medicine have been established. Traditional healers are increasingly organizing themselves for parties and ongoing collaborative projects that have so far reduced the gap between the traditional healers and conventional doctors.

Suggestions and What Follows