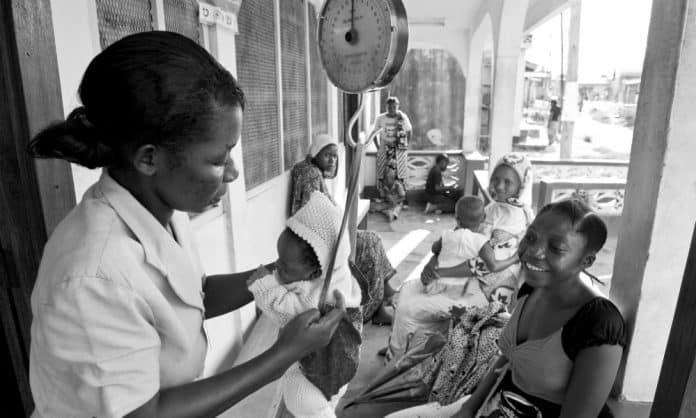 Healthcare in Tanzania is structured into levels that goes hand in hand with political-administrative leadership. At the very bottom there are clinics that are available in every village where village leaders are directly responsible for their operation. Health centers are located at the ward level and the dispensary leader is responsible for the ward leaders. In the district there are district hospitals and regionally there are regional referral hospitals. This is followed by zone hospitals and at the national level, there are national hospitals. There are specialized hospitals that do not enter these levels and make them have direct contact with the health ministry.

The government has important policies and programs that guide the provision of services and the development of the health system. The Health Sector Strategic Plan III (2009-15) is guided by the 2015 vision and provides guidance on health facilities. The “Big Results Now” (BRN) was taken from the Malaysian Development Framework and health was made an integral part of national and specific outcomes by setting priorities, specific plans and efficient use of resources. There are many other policies aimed at improving the overall healthcare in Tanzania and the provision of health services in Tanzania.

Leading causes of death in Tanzania include: 17% AIDS, lower respiratory tract infections 11%, malaria 7%, diarrhea 6%, tuberculosis 5%, cancer 5%, heart disease not getting good blood circulation 3%, 3% sexually transmitted diseases and sepsis 2% and this shows the double burden of diseases that the country is struggling with.

Financing of Healthcare in Tanzania

Financing of the Tanzania health system is one of the key issues in any functioning health system. Financing involves three components, fundraising, risk pooling, and procurement. In recent years, there has been an increase in the need for universal and affordable health care, so the government since 2013 has been determined to come up with a strategic framework for health financing. A leadership committee consisting of several ministries has been formed, comprising some key ministries and departments to ensure that the proposed reforms meet the needs of the public. Improving the prepaid payment system is the main agenda in developing this strategy, which is believed to be an enabling force in moving towards the Health for All (UHC) goal.

Reform of the Economic Empowerment System of Health Services in Tanzania

The Arusha Declaration of 1967 was introduced by President Julius Nyerere, providing guidance on the concept of Socialism (Nyerere’s vision of socio-economic policy) to develop the national economy. It introduced many reforms in the health sector with the aim of increasing access to health care in Tanzania and social services in general for all, the poor and those living in rural areas. It was followed by a ban on the private health care system in 1977 which aimed at profits, and therefore the government took the responsibility of providing free health services.

However, in the early 1990’s, the burden of providing free health care for all became apparent due to rising health care costs and a growing economic downturn. In the early 1990’s the government reformed the healthcare system from services for free to the policies of an integrated cost-sharing system. The cost-sharing system in the user fee was introduced and implemented in four phases: Phase I from July 1993 to June 1994 for referral hospitals and some services in regional hospitals; Phase II from July 1994 to December 1994 for regional hospitals; Phase III from January 1995 and continuous district hospitals and Phase IV was established for health centers and clinics after completing the establishment in all district hospitals. Exemptions and waiver fees were an integral part of the cost-sharing policy introduced in 1994.

Spending Trends of Healthcare in Tanzania

Current statistics show that there is an increase in the budget allocated to the health budget in each year in Tanzania: Total expenditure of healthcare in Tanzania increased from US $ 734 million in 2002/2003 to US $ 1.75 billion in 2009/2010 as shown in the report National Health Statistics 2010. However donors have been major contributors in health, despite shortcomings in their allocation of expenditure in the sector of health in Tanzania from 44% in 2005/2006 to 40 percent in 2009/2010. (Table 1). Overall, the government‘s allocation for health spending has remained the same at 7% since 2002/2003, below the target set by the Abuja resolution of 15% of total government expenditure. The increase in donor support has resulted in the launch of funding for HIV and HIV from the International Fund in 2001 and the introduction of economic investment in health through the Sector-wide Sector vision (SWAp) in the early 2000s.

The coverage of health insurance in Tanzania is still limited. By 2019, 32% of Tanzanians had access to health insurance, of which 8% were registered with NHIF, 23% were members of the Community Health Fund (CHIF) and 1% were registered in private insurance companies. NHIF beneficiaries include contributing members, their partners and up to four dependents. CHF beneficiaries include housekeepers, their partners and all children under the age of 18. Some pre-payment programs have registered less than 1% of the country’s population. CHF has emphasized rural registration while private insurance companies have focused on urban registration. Limited insurance benefits tend to rely more on direct payments when you want to use health care, which is one of the main problems preventing access to universal health care in many developing countries. Direct payments can lead to high levels of inequality, and often depriving the poor of access to much-needed health care.

The NHIF was established by Act No. 8 of 1999 and came into operation in June 2001. Initially, the scheme was aimed at serving public servants but recently there have been provisions that allow for private membership. Employees of the formal public sector pay compulsory 3% contribution from their monthly salaries and the government if their employer contributes the same. The program includes a major contributor, his / her partner and up to four legal dependents under the age of 18. There has been an increase in donation from 2% of the total population in 2001/2002 [24] to 8% in 2009.

Social Health Insurance Benefits (SHIB) is a National Social Security Benefit scheme established in 2007. All NSSF members can access medical care through SHIB after being registered to be treated at one health facility of your choice. This project registers private and public service providers. This benefit is part of their 20% contribution to NSSF.

The Community Health Fund is a program that has targeted large numbers of people in the informal sector in rural areas and registration is voluntary. TIKA is similar to CHF but targets individuals in the urban informal sector. CHF and TIKA are both regulated by the CHF Act of 2001 and operated at the district level. At district level, boards of health care council (CHSB) and administrative committees of health facilities (HFGC) are responsible for ensuring the development and promotion of CHF registration. In 2009 the National CHF management role was handed over to the NHIF.

Several private, international and national organizations offer private health insurance programs. This includes programs for companies and for individuals. Strategis [was one of the first private health insurance companies to be registered (2002) in Tanzania, however the scope has expanded to include companies such as AAR, Jubilee Insurance, Resolution Health and Metropolitan Insurance. On December 25, 2020, the Minister of Health, Dr Doroth Gwajima, said hospitals would inform patients about the cost of treatment before treatment as hospitals had no legal basis to hold the bodies of the dead as collateral, so that debts could be paid by their relatives.

There is a serious shortage of doctors providing healthcare in Tanzania, with a ratio of 1.4 per 100,000 doctors behind the World Health Organization (WHO) recommendations. Physicians trained in the country undergo five years of training programs at accredited universities and then one year of practical training clinics, where graduates work under supervision and then evaluated. These and those who are internationally trained, are licensed by the Tanganyika Medical Council. To meet the great need for providers, there is a three-year medical diploma course leading to a graduate being accepted to provide medical services as a Medical Officer.

For more articles related to health in Tanzania, click here!