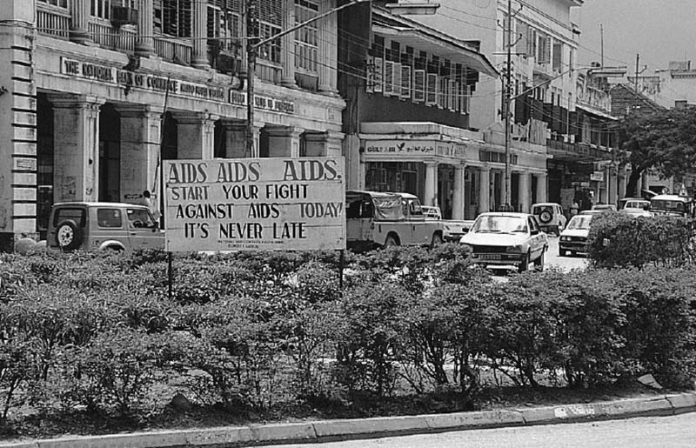 Tanzania is facing a major AIDS epidemic. Out of the entire population of Tanzania, a whopping estimate of 1.6 million had HIV / AIDS as of 2011. HIV statistics in Tanzania estimate that about 1.3 million children all between the age of 15 years or older have the disease, and about the same number of children have become orphans because of HIV/AIDS too.

The Triggers and Spread of HIV AIDS in Tanzania

History of HIV in Tanzania indicates that generally it is believed amid some health staff and Tanzanians that the one of the main causes of HIV AID in Tanzania was as a result of the 1979 war of Uganda-Tanzania. The year 1984 was when the appearance of AIDS in Tanzania was discovered.

TACAIDS, the Tanzania Commission for AIDS, and Zanzibar commission for AIDS gave the authority of conducting the 2011-12 pointers study on HIV / AIDS and Malaria to the National Bureau of Statistics of Tanzania. The study was done as a joint task with the Zanzibar Chief Statistician’s office with the needed funds provided by USAID, TACAIDS, and the Ministry of Social Welfare and Health in Tanzania. Technical aid was made available by ICF International during the study.

The study focused on Zanzibar and mainland Tanzania. The study aimed to gather data from men and women who were between ages 15 and 49 to know about their knowledge and behaviors about the disease and its transmission among them. The data collection process started on December 16 of 2011, and ended the following year on May 24.

Results of All Tested Participant

The study tested 7,989 men and 9,756 women for the infection of HIV in Tanzania. They were all between the age of 15 and 49 and from every administrative region of the country.

In general, the result of the study showed that 5.1% tested positive for HIV in Tanzania. There were no significant differences of HIV AIDS statistics in Tanzania between these findings and the results from a previous study in 2007 to 2008.

Gender-based distribution showed that HIV-positive women were 6.2%, whereas it was way lower for the men at a 3.8% rate. This result did not differ statistically from those obtained from the previous study that was conducted in 2007/2008.

The region of Njombe experienced the highest percentage of HIV-positive women. From a population of 240 people that were tested, they had 15.4%, while for men, from a tested populace of 200, they had 14.2%.

Just two of the entire thirty regions in Tanzania experienced a higher rate of men as against women. The proportion of women and men was the highest in the class of the richest people.

The study further showed that in every five-year age gap male, the rate of HIV in Tanzania amongst uncircumcised was greater than circumcised except for 15–19-year-old category. This was also true when the results of the study were obtained of cities versus rural areas rather than age groups. 4.6% were serodiscordant (one positive with the other negative) amid married or unmarried couples that were living in the same house. 16.2% came from the Njombe Region, which is the highest. Dar es Salaam was another region that had over 10%.

The study tested 3,852 women and 3,393 men at this age from each region of the Tanzanian administration for HIV infection. The study found that 2.7 percent of women had HIV in Tanzania, which was higher than the 1.2 percent rate for men. The region of Njombe had the highest rate of positive women, 8.6 percent (out of 75 tested), while the region of Kigoma had the highest rate for men, 3.6 percent (out of 153 tested). The male ratio was higher than that of women in only six of Tanzania’s 30 regions. The proportion of men and women was the highest for the people in the wealthy class.

For this age cluster, 4,209 men and 6,072 women were tested for HIV from every region of the Tanzanian administration. The study result showed that HIV prevalence in men was 5.2% which was lower compared to the 7.5% for women.

Groups at Risk of HIV in Tanzania

The number of people most at risk of contracting HIV in Tanzania includes officers of the police, inmates, sex workers, military officers, transport workers, and miners. The act of drug use through injection is on the rise and a situation that points out the necessity of having to increase efforts to prevent access to care and HIV treatment in Tanzania.

Challenges of HIV/AIDS in Tanzania Within the Health Sector

The health sector is faced with a big trial, which is the lack of human resources needed to provide quality health care to the population of Tanzania. Meanwhile, the reform and structural HIV AIDS policy in Tanzania of the 1990s have significantly lowered the workforce of the health sector. The second trial the health sector faces is poverty. This poses a challenge because healthcare and medicines are not cheap and hereby a major financial constraint. Tanzania, for the second time, prepared a “Strategy for Poverty Reduction” to strengthen its pledge to alleviate poverty. Another challenge Tanzania faces is the problem of corruption, and this also affects the health sector, herby ranking the second amidst corrupt sectors as ranked by the Institute for Social and Economic Research. For the reason of country size, the ideal quality expected of health services are not meet, and there exist variations in testing services and voluntary counseling.

In general, services might be accessible, but the necessary human and architectural infrastructure need to be improved to give room for improved patient care.

For more articles about health in Tanzania click here!