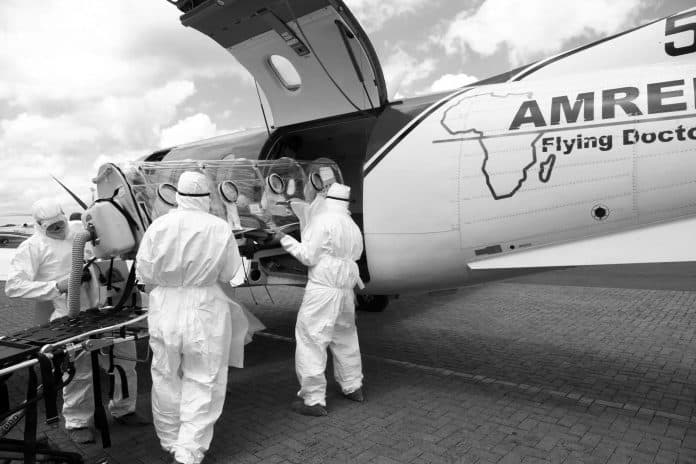 Several concerns have been raised on the effects of Female Genital Mutilation (FGM) has on the lives of young ladies in Tanzania. A lot of effort has been put towards eradicating the practice by many people. One notable person who deserves acknowledgement for her efforts in the fight against FGM is Dr Jane Sempeho.

According to DR Jane, FGM in the Maasai community is a traditional practice wherein girls undergo the cut which is viewed as a rite of passage in the transition from childhood to motherhood. This cultural practice is risky and the process brutal, with some girls succumbing to excessing bleeding and some surviving with serious injuries and having to endure the rest of their lives with serious complications.

The Maasai are renowned for their conservative nature, often adhering to their traditions and cultural beliefs and passing them down generations without wavering. They are also a patriarchal society in which men are the ultimate judges, decision-makers, and discipline enforcers. The elders are very influential and are seen as leaders. As brutal as the FGM process is, the Maasai regard it as a key aspect of their culture. This makes it difficult to convince families against putting their daughters through the process.

Paulina Bonface Dotto is a 53-year old Tanzanian woman born in Zagayu Village in Utilima District who works with the Uzazi Uzima, a Swahili phrase for ‘Safe Deliveries’, which is a project founded by Amref Tanzania. Paulina spends most of her time promoting the importance and the value of antenatal care services (ANC). She initially worked as a traditional midwife in her village before receiving training which made her an active Community Health Worker(CHW).

Paulina’s achievement in increasing the number of women attending the antenatal care clinic at the facility faced a number of hurdles in the process. One of the major problems faced was the misconceptions women in the community had towards antenatal care clinic visits. Paulina took it upon herself as a trained CHW to visit every expectant woman in her village, visiting all the 74 households that were assigned to her. She had a major contribution in raising community awareness and helping them understand how crucial the ANC visits were. She was also tasked with encouraging male involvement in the antenatal care visits.

Paulina is proud of her milestones and gladly shares her experiences. For instance, she typically refers to about 12 to 13 expectant women for ANC services in the health facility every month.

Dickson Justin Matoli is a headteacher at Bisarara primary school who has witnessed a considerable transformation since the beginning of USAFI KWA AFYA project that is being implemented in his school by Amref Tanzania.

Matoli narrates that Amref Tanzania has aided them by building a water storage tank with a capacity of 70,000 litres in 2019. The school uses the tank to harvest rainwater which has ensured a constant supply of water for drinking and cleaning of classes and toilets. Dickson expresses his gratitude to Amref Tanzania on behalf of the school for providing the water storage tank which enables them to obtain sufficient water. He recounts that in the period before Amref Tanzania’s intervention pupils would walk for over two kilometres in order to fetch water for drinking and cleaning. In addition to the water tank, Amref Tanzania also constructed toilets in the school for both girls and boys.

Dickson adds that initially, the school had only a single toilet which was shared by both genders. The toilet had four holes on either side which were inadequate, the holes were also almost full, with the walls having several cracks. The pathetic conditions of the toilet did not create a conducive learning environment for the pupils in the school. Despite the new toilets constructed by the project, the challenges are far from over with the school still facing a shortage of toilets considering the number of students in the school.

According to the school headmaster, Amref Tanzania has aided the school massively especially considering the ever-increasing school enrolments, he observes that the scenario would have been a lot worse without Amref’s intervention.

Maria Kisiri is a 44-year-old CHW operating in Serengeti District. This section captures her experiences while working under the FINNISH Mondial project. Maria has worked at Central Stand Ward in Serengeti District ever since she received her training in 2018 from Amref Tanzania. She works together with other CHWs moving door to door to raise awareness on hygiene and sanitation while highlighting the risks of contagious infections caused by poor sanitation and lack of handwashing practices. Additionally, the CHWs have also been equipped with the technical know-how of constructing toilets using the materials that are available locally.

Maria narrates that the training she received from Amref Tanzania gave her the confidence to educate the community on the importance of hygiene and also equipped her with the technical skills to construct toilets with the local material she has at her disposal. She adds that she also received training at Busia District in Kenya where she acquired the knowledge to build toilets with locally available materials, saying that Amref Tanzania gave them the ability to educate the society which has been receptive to them.

The fruits of Maria’s efforts are clear for all to see as she has managed to sensitize the community to construct toilets using the resources at their disposal. Maria proudly says that several people have constructed toilets and many households in her district now own toilets. They provided awareness, knowledge and training to the community and gave them instructions on how to build modern toilets.

At the start, Maria recalls the difficulty they faced in convincing people to abandon the traditional practice of open defecation which was deeply embedded in their culture. The major obstacles faced by Maria and her colleagues were the traditional myths about toilets.

Maria recounts that initially, the community harboured negative beliefs. For example, men from the Kurya tribe believed that they should not share toilets with their daughters-in-law (mkwa mwana). A situation that saw most men avoid building toilets hence making their family members defecate in bushes.

However, Maria and her colleagues have been able to gradually change the situation over the past two years courtesy of the FINNISH project by Amref Tanzania. The major driving factors for this behavioral change have been the creation of awareness and education by CHWs.

Since the commencement of the project, Maria has assisted the community to construct over 496 toilets, of which only a mere 17 were constructed by the technicians overseeing the project, after which the people began constructing the toilets all by themselves.

In an effort to entice people who could not afford the resources to participate in the project, a micro-credit program was rolled out in the project where some people were facilitated by banks to cover their financial needs. Maria narrates instances where 24 members have been given loans by Equity bank. Maria and her CHW colleagues file monthly reports so as to keep track of these records which are then sent to Amref Tanzania staff.

Maria further expresses her gratitude to Amref Tanzania for initiating the project saying the FINNISH project has reminded them of the importance of a toilet in a household and requested continued provision of knowledge and training to ensure each household constructs a toilet.

Maria’s status in the community has been hugely elevated courtesy of the project to the extent that most people don’t remember her real name, her constant efforts to ensure each home owns a toilet has earned her the nickname “mama choo” which is a Swahili phrase for “mother toilet”. She has become a famous figure in the entire ward. She admits she has accepted her new name adding that the members usually call her when they have finished digging the toilet holes so that she may assess their quality. She goes ahead to emphasize the importance of the project to the community urging Amref Tanzania to continue educating the community.

Financial Inclusion Improves Sanitation and Health for Tanzania (FINISH MONDIAL) is a public-private partnership (PPP) project initiated by the Government of Netherlands. The project is being implemented in Tanzania by Amref Tanzania and it aims to improve access of financially excluded rural communities to sustainable sanitation through micro-loan initiatives. This partnership is made up of six partners, both local and international. The partners include Amref Health Africa in Netherlands and Tanzania, Tanzanian Government/ Serengeti district Council, WASTE, Equity bank and Aqua for All.

The Situation has Changed for the Better- Teacher Regina Mwita

Regina Mwita is a 35-year teacher at Bisarara Secondary School. Regina expresses her gratitude for the Usafi Kwa Afya Project by Amref Tanzania for an incinerator for the disposal of waste. In the past, the school would collect its waste in a large bucket and then use Kerosene to burn them in a compost pit, a situation which has now changed for the better. In her opinion, the incinerator is the best possible way of waste disposal and taking care of the environment.  She says they no longer burn their waste using Kerosene as it is not beneficial to their health, they collect the waste and dispose of them in the incinerator.

Other than the Incinerator, the project has also provided a water tank for the school which has raised the level of cleanliness and hygiene. Regina narrates that they can now maintain cleanliness through hand washing after visiting the toilets. In the past, female students would shy away from going to throw waste as their male counterparts would make fun of them, a situation that led to improper disposal of waste. This gave them an insight into what the girls went through during their high school life.

For more articles related to health in Tanzania click here!