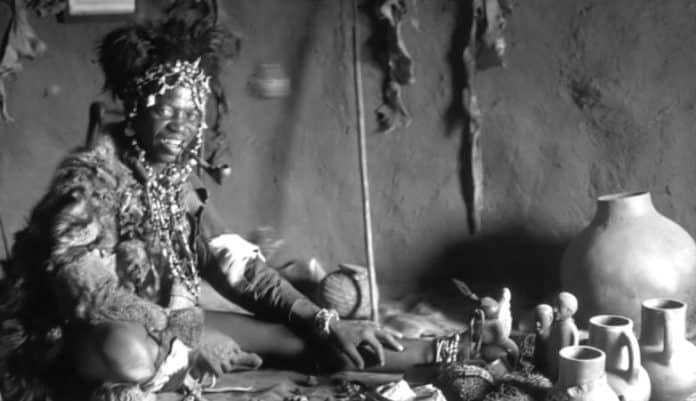 Kyela, Tanzania: Discrimination Against Traditional Healers by Doctors and Missionaries

In the summer of 2002, I had an in-depth discussion with members of CHAWATIATA (Association of Traditional Healers and Midwives of Traditional Medicine) Kyela. My goal was to get a picture of their concerns as traditional healers but also to explore more about their hopes and aspirations in the work they do. Their answers to the questions I asked began to inform us of something called “modern medicine”. Traditional healers are aware that modern doctors, Christians, and other “modern” people consider them to be “inferior” situation that contributes to their exclusion from government policies on health. These feelings were clearly expressed to me after much deliberation on how modern medical practitioners and modern physicians view traditional healers. There is a division of labor, between these two types of therapy, and this is challenged by traditional healers who would prefer modern physicians to provide them patients and training to use some of their own techniques, such as drips and injections. However, traditional healers agree that, on one hand, their expertise in magic-related illnesses is accurate. However, they want their exclusion from the divisions of nature-modernization to end and denounce all cultural factors that are associated with the rise of superstition in Kyela (part of Mbeya region in Tanzania). Finally, they rely on modern knowledge and techniques, such as mosquito nets for their own benefit.

Division of Work and Focus on Limitations

The traditional healers I interviewed expressed deep concern for the negative emotions imposed on them by modern doctors as well as missionary doctors. This was a source of frustration and anger. Traditional healers see this as a mockery of competition or business; they did not care that modern doctors thought they were ignorant, so much so that they discouraged patients from going to see them. They insisted that although they were willing to cooperate, for example, advising patients to go to a government hospital, but this act is not getting done by the other side. They would like to see modern doctors advise patients, those who have not been able to treat them properly, or who have been bewitched to see them. It is well known that there is no hope of treating a bewitched person in hospital. The following discussion shows how two traditional healers point out the lack of patients from the hospital to the traditional healer, a phenomenon that has a historical influence from missionaries medical activities during colonial times. I started by asking why people who say they can’t use traditional medicines because they are Christians, do so in secretly. The doctor replied:

They say these things because of what they have learned from the missionaries. The missionaries set us aside and had problems with us, they were very opposed to traditional medicine. They are missionaries. Religion. They told the patients’ never go to the doctors, and being treated there, is useless. It’s just a habit ‘. But what that meant was that everyone would start going secretly. ‘Where did you take him?’ (The missionary doctor would ask = the patient would answer) I took him to the witchdoctor ‘(he started laughing),’ yes sir, go there, we can’t treat you. Ha! You have sent him there – we cannot receive you; you have gone there (to the witchdoctor). ‘ This is how people started going to the hospital.

The hostility of missionary medicine over traditional medicine is well known. The reasons for this are complex. ‘Traditional healers are associated with superstitious practices, and of course the relationship can be confusing for both Christians and non-Christians. To know more about superstition in order to be able to recognize it, that means you are participating in such practices. This state of skepticism in this aspect in the work of the physician has never left a single witch doctor. As the healer told me ‘it is God who will judge me when the day comes’. In fact, for this old man, it was the God of the Christians who asked him to ‘let’ his medicine work. So, for some Christians, the practice of using “traditional medicine” directly is evil, but for a healer, the effectiveness of his treatment depends on God’s decision on his will. Modern medicine and Christianity have always been intertwined with the concept of modernity in Tanzania, and as I pointed out at the beginning, the moral meaning associated with ‘prosperity’ and ‘development’ is related to this. The connection between modern medicine, Christianity and modernity can be seen in the early stages of modern medicine in Tanzania, in missions as well as the construction of early hospitals. These factors illustrate how the arrangement of location and time in missions and hospital treatments were specifically designed to stimulate ‘modernization’ of consumers, and to encourage them to think wisely against superstition. Modern medicine may not be as influential for consumers in Tanzania as modern doctors used to expect, but there are features about its ‘modernization’ that make it very influential. Thus, in the following quote, we hear a traditional healer, trained in Islam and ‘traditional’ medicine, explaining how the rapid capacity of medical providers to which ‘modern hospitals’ benefit as a result of modern technology, is often associated with religion in Tanzania.

All those who say ‘I am a Christian’ or ‘I am a Muslim’, I cannot do those things because it is a sin they are committing serious sins … These remedies are brought by God..there is no passage in the Bible or the Koran that says so. These traditional remedies are in the pills they give to the hospital – they may say ‘I don’t want to be treated with traditional medicine’ but they will go to the hospital. But in the hospital they are the same traditional medicines, but they have used their expertise, they make pills so that they can give you immediate care, it is a shortcut. The difference is that we dig the roots, we boil – it takes a long time.

His observation that the pills given to patients in the hospital is nothing more than a simple type of traditional herb has some truth in it. Aspirin is derived from the bark of the willow tree, quinine from the bark of the cinchona tree, and more recently the anti-malarial drug, artemisinin is derived from the Chinese medicinal plant qinghao. This physician demonstrated the ‘nature’ of his therapies in the way he used his hands in his treatment, which he distinguished from the over-the-counter and hospitalized drugs that have no resemblance to his ‘natural’ source. In his arguments he avoided all matters pertaining to the remedies of the Qur’an, such as washing the verses of the Koran in water, or exorcising genes, things that are not found in modern medicine. He was emphasizing only those aspects in his treatment that were helpful in our conversation. In other words, his act of taking sides in this matter reveals more about the ongoing debate between ‘traditional and modern’ even more than describing his daily work as a healer. As we will see further, physicians claim to favor technology that was originally associated with modern medicine, and in this sense their claim is also based on modernity.

However, there is more to the hatred of Christians and Muslims directed at ‘traditional medicine’ than the existing doubts about good and evil, and the concern of the issue of ‘modernization’. As another physician put it, ‘we have’ entered into (the missionaries ‘) business.’ Early missionaries believed that health care was an important tool in their efforts to convert Africans to Christianity, and in recent past, the Tanzanian government has relied heavily on missions in the provision of medical services, especially at a time when government resources have been limited. and used beyond its capacity. Therefore, the relationship between Christianity, missionary medicine, and ‘natural’ medicine needs to be understood not only in the discussion of good and evil, but also in the competitive environment in the medical field. Modern medical projects receive little funding from the government, so to a large extent government depends on partnering with Christianity for reliability, but also for self-sufficiency. (Although most Tanzanians can differentiate between mission-funded and government-funded medical projects as two different things) this competition is seen especially when it comes to low-income and low-paid medical professionals:

Traditional healer: No good relationship. We shout a lot about this. Reputable doctors, such as (he mentions a famous doctor in one of the hospitals) know about herbal remedies. Only those with least importance, and of low standards – have the problem. They are jealous, they prefer the patient to go to them, but if the patient decides to come and see us, now ..

Beckie: All of the lower level practitioners, they probably don’t have the same ability or income as the upper level, which is probably why they feel jealous.

Physician: For example, very often the nurses, if I send my patient, I will say ‘sleep down’ and after a while I will bring my medicine – they will say ‘no – we will inform the police, why did you bring traditional herbs here!’ I tell them, ‘Send me away, they will arrest me for what?’ The police are for us too.

Traditional healers are perplexed by the limitations placed on them by modern medicine. Modern medical nurses have refused to advise patients to go to their homes, and they harass those who see them. Traditional healers themselves, sees this matter – as one of them said – ‘we have interfered in their business’. This idea is reinforced when they see that the low-level nurses, and low-paid (those whose status is vulnerable to competition) is a major obstacle. There is one aspect regarding reluctance in advising patients that traditional healers agree with; cause they are aware of the potential for inconsistencies between prescription and modern therapies. If the patient does not know what medication he has used in the past, then the doctor may wait for the medicine to ‘run out’ in the body, until he begins treatment. The solution to this problem in their eyes is to balance the communication between the hospital and the physician. This would also help to strengthen one side of the division of labor that they accept – that they are specialists in diseases caused by magic (Explore the article “Traditional Healers and Conventional Doctors: Bridging the Gap in Modern Health Research” to get better perspectives of Tanzania’s efforts removing the negative opinions against traditional healers as discussed in this article, and actually attempt to integrate these healers into the modern medical world)