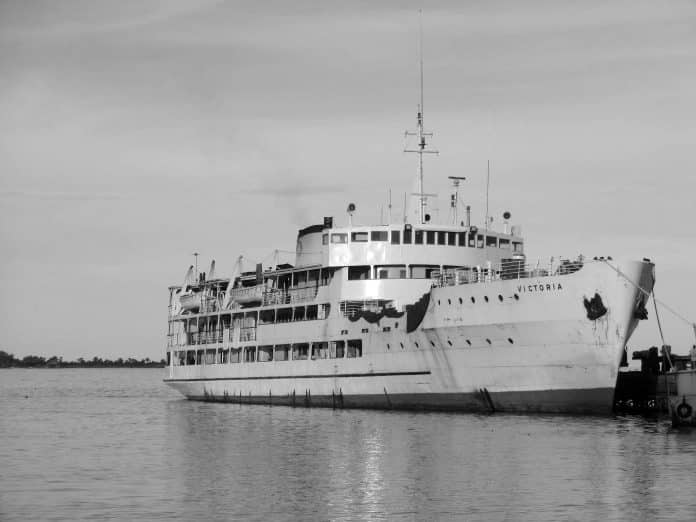 MV Victoria was the Royal Mail Ship RMS Victoria until Kenya gained independence from the UK in 1963.

MV Victoria functioned under the flag of Kenya till 1977; then, she was handed over to Tanzania.

MV Victoria was designed as a “tear down” ship.

MV Victoria was built by Yarrow Shipbuilders Limited in Scotstoun, Glasgow, and demolished in June 1959.

MV Victoria was subsequently shipped to Kisumu on Lake Victoria in 1,500 cartons through Mombasa, where reassembly began in December 1959 and she was inaugurated on September 5, 1960.

On June 26, 1961, she was delivered to EAR&H (the East African Railways and Harbours Corporation) and commissioned on July 22.

During MV Victoria commissioning, the ship was granted the designation of Royal Mail Ship (RMS) by Elizabeth II, making MV Victoria the only EAR&H ship with this reputation.

MV Victoria had a capacity of 230 people and 200 tons of freight when it was launched in 1961, and it had refrigeration for non – durable cargo.

MV Victoria replaced the EAR&H’s circular service around Lake Victoria’s ports, cutting the overall travel time in half to two and a half days, allowing her to serve all of the lake’s ports twice a week.

As a result, EAR&H issued new passenger prices and freight charges for various classes of freight on MV Victoria.

The EAR&H was partitioned between Tanzania, Uganda, and Kenya in 1977, and MV Victoria was passed to Tanzania Railways. In 1997, the inland shipping department of TRC became a different cooperation, the Marine Services Company Ltd.

The MV Victoria has been repaired and is scheduled to resume service between Mwanza and Bukoba in June 2020. Under the name “New Victoria,” the ferry began service on the Mwanza-Bukoba route in August 2020, as anticipated. The ship resumed operations one month later after a scheduled yearly checkup in September 2021.