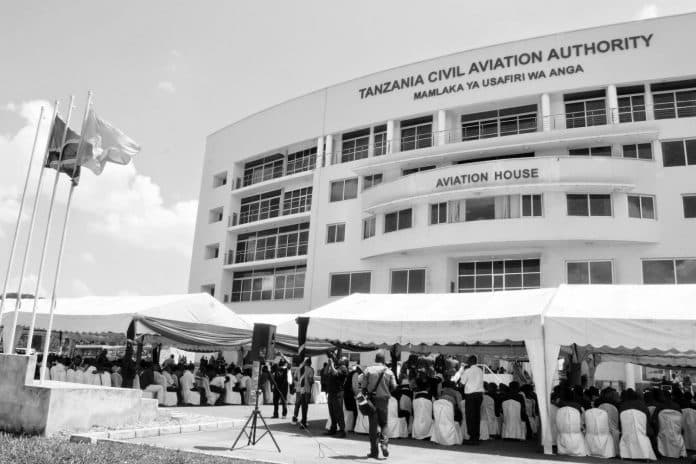 Things to Know About the Tanzania Civil Aviation Authority (TCAA)

One cannot talk about the development and administration of civil aviation in Tanzania (TCAA) without considering the period before independence and in the first East African Community (EAC).

In this regard therefore this brief offers historical background on the administration of civil aviation in Tanzania split into four parts, beginning with the period of colonialism, post-independence, during as well as after the demise of the EAC.

East Africa’s pre-Independence professional aviation activities began in 1929 by a woman known as Mrs. Florence Wilson of Nairobi, Kenya. Mrs. Wilson started Wilson Airways to offer charter services and later managed airmail services between Dar es Salaam, Kampala and Nairobi. The airline ceased to exist in 1939 after the break out of the world war where the then air force took all its aircraft.

A committee in 1943 recommended one authority responsible for air transport, for the governments of Uganda, Tanganyika, Zanzibar, Kenya and Zanzibara, colonized by the British Empire then. Afterward, this led to the creation of East African Airways Corporation (EAAC) legalized in London in October 1945. By 1948, the East African High Commission (EAHC) was created to provide among others similar services in communication and transport. This Commission managed air transport.

EAAC was using 6 ex-RAF DH89A Dominies aircraft acquired on lease from British Overseas Airways Corporation (BOAC). By 1948, the EAAC fleet was extended to include 5 Lockheed 18-56Lodestars bought from BOAC. Consequently newly ordered de Havilland Doves were delivered to substitute the DH89A Dominies. An increase in the number of aircraft operated expanded EAAC’s route structure in Europe, Africa, and Europe including Far East (India and Pakistan).

From 1961 to 1963, the EA countries acquired their independence from Britain resulting in structural and operational adjustment in the administration of civil aviation and the airline.

The EAHC was replaced by the East African Common Services Organization (EACSO), a regional independent organization immediately after Tanganyika acquired its independence in 1961 having Dustan Omar from Tanzania as the first Secretary-General.

Some of its duties included offering common services in communication and transport. Civil aviation was among the services in the transport sector. East African Directorate of Civil Aviation was responsible for its management. The responsibilities of the Directorate in the region included offering personnel licensing, air navigation services, air transport, economic aspects, aircraft registration including coordination of search and rescue.

A Director-General based in Nairobi, Kenya managed the Directorate of Civil Aviation assisted by three directors stationed in the three EA countries. Nairobi was the location for the Area Control Centre and individual EA nations directly manned the Aerodrome Division.

In the meantime, Chief Abdullah Fundikira from Tanzania was the first East African Citizen to take on the chairmanship of the East African Airlines Corporation in late 1964.

The establishment of EAC in 1967 marked the fall of EACSO. So, common services, such as civil aviation originally managed by the EACSO were inherited by the EAC.

During the Initial EAC

The collapse of EAC in 1977 caused the natural death of EADCA and so each state developed and handled its civil aviation sector independently. It also caused East African Airways (EAA)’s demise.

After the Demise of the First EAC

After the EAC collapsed in 1977, all EA countries were forced to create Civil Aviation organizations. The Civil Aviation Act of 1977 in the United Republic of Tanzania created the Directorate of Civil Aviation (DCA). Mr. Lot Mollel was chosen to be its first Director General.

Air Tanzania Corporation (ATC), created in the same year to offer air transport services put on hold after the collapse of EAA jointly owned by Uganda, Tanzania, and Kenya.

The Directorate of Civil Aviation (DCA) under the Ministry of Communication and Transport managed all Civil Aviation responsibilities and activities. However, the area control centre remained in Nairobi until 1998 when the Tanzanian government created its own in Dar es Salaam.

The DCA’s Board of Directors was responsible for overseeing the directorate and so worked as an advisor to the civil aviation minister. On the board, the DCA Director General was an ex officio member while the minister appointed other members. Mr. Lot Mollel was the Director General until December 1992 when he was replaced with Dr. C.V. Mpinga Mgana and afterward (Mr. Lot Mollel) became the Regional Director for ICAO Eastern and Southern Africa based in Nairobi.

Before he became the Director General, Dr. C. V. Mpinga Mgana was Tanzania’s representative at the ICAO. He led the Directorate between 1992 and 1997 upon his transfer to the Transport, Communications and Works ministry. Mr. W. Malisa was made Acting Director General and went ahead with the ready process of restructuring the Directorate into a semi-independent organisation – a government executive agency.

The DCA ended in March 1999 after the creation of the Tanzania Civil Aviation Authority (TCAA) as a government Executive Agency. Engineer Margaret T. Munyagi was appointed in September 1998, to lead the Agency as the Director General.

The 1990’s financial reform required independent regulatory authorities for economic and technical regulations in each sector. Generally, the authorities created included roles in enforcing technical standards (safety and security) including encouraging effective competition and financial efficiency, preserving consumers’ interests and encouraging the availability of managed services to every consumer category in the regulated sectors.

Eng. Margaret Munyagi headed the Authority up to October 2010 on her retirement from public services. Thereafter, Mr. Fadhil Manongi was appointed the second Director General of the fully independent TCAA.

During this restructuring period, another important development in the management of civil aviation in the country was the establishment of two Government Executive Agencies, the Tanzania Government Flight Agency (TGFA) in 2002 and the Tanzania Airport Authority (TAA) in 1999. TAA has the authority to manage all public airports and TGFA offers air services to state officials and VIPs.

Another important development in the civil aviation sub-sector administration in Tanzania and EAC was the creation of the East African Community Civil Aviation Safety and Security Oversight Agency (CASSOA). It was established in June 2007 with Mr. Mtesigwa O. Maugo from Tanzania as its first Executive Director.

The Agency is the community’s technical institution responsible for strengthening civil aviation overseeing the regions’ institutional framework. Its roles among others are encouraging the secure, efficient, and safe development and use of civil aviation in and outside the member States; helping the member states meet their security and safety oversight obligations and roles stipulated by the Chicago Convention with its Annexes, and offering the member states an appropriate structure and forum for discussing planning and implementation of common measures necessary to achieve the orderly and safe development of international civil aviation by implementing international standards and appropriate practices regarding the security and safety of civil aviation.

Other Important Things About the Tanzania Civil Aviation Authority

For more articles related to Infrastructure in Tanzania, click here!