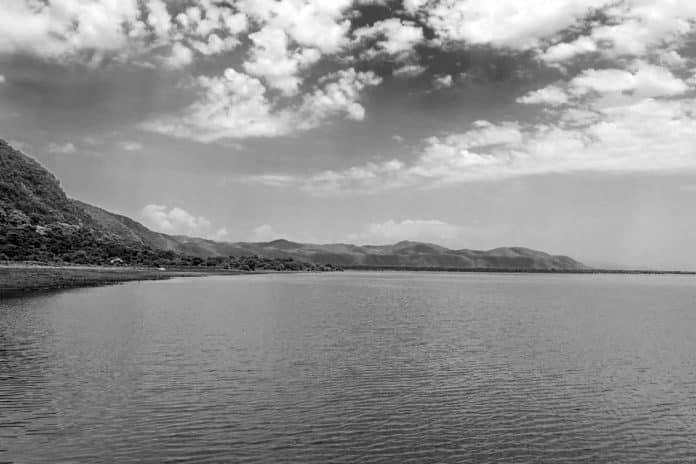 A Detailed Overview of the Lake Manyara

There are contrasting explanations on how Lake Manyara got its name. Manyara may be from the Maasai people word “emanyara,” which refers to the pointed, protective enclosure surrounding a family homestead. A possible reference to the 600-metre high rift scarp hems in the lake, like the enclosure around a Maasai family homestead (boma). Another argument is that the Mbugwe people who inhabit the area around the lake may have named the lake based on the Mbugwe term “manyero,” which means a place or trough where animals gulp water.

Basin and Hydrology of Lake Manyara

Lake Manyara’s catchment area is around 18,372km2 and elevations between 938 metres and 3633 metres above sea level. Lake Manyara is a closed basin without any outflow, wherein evaporation is the only way the lake loses water. Underground springs feed the lake. However, most of the lake’s inflow is from rainwater-fed permanent and temporary rivers that drain the surrounding catchment. The depth of the lake, as well as the area it covers, varies significantly. At its peak, during the rainy season, the lake is 40-kilometre wide by 15-kilometre, with a peak depth of 3.7 metres. A bathymetry study conducted in 2010 showed that the lake has an average depth of 0.81 metre and a peak depth of around 1.8 metres. During severe dry periods, the lake’s surface area shrinks as evaporation occurs, and sometimes the lake dries up completely. Lake Manyara is an alkaline or soda lake with a pH of almost 9.5. The lake is also high in melted salts. The lake becomes increasingly salty in the dry season as salts accumulate due to the evaporation of water. Large areas of mudflats become exposed along the lake’s shore during dry spells. These alkaline flats grow into grasslands that attract grazing animals, like large herds of wildebeest, buffalo and zebra. A steep rift scarp flanks the lake’s western side, the Ngorongoro highlands is located to the lake’s north, while a wavy plain with solitary volcanic mountains that give way to a peneplain dots the lake’s southeast and east. Several streams, wetlands, smaller lakes and springs, both seasonal and perennial, drain into Lake Manyara. At the northern tip of the saline lake lies Mto wa Mbu town, with its irrigation farming. A groundwater forest that extends between the shore of the lake and the rift scarp lies on its western side. The National Park covers most of the forest until the Marang forest. Vast river flood plains in the rift valley located south of Lake Manyara are utilised for irrigation agriculture. Various ethnic groups, depending on their resettlement patterns and historical migration, use the productive and wetter uplands all over the catchment for rain-fed farming. Pastoralists, predominantly Maasai, use the drier and less predictable savanna for grazing their livestock. Another famous and large national park, the Tarangire, is located southeast of the lake. In addition, there are many conservation areas all over the lake’s catchment as well as game reserves, numerous villages, wildlife management areas, and touristic infrastructures like tented camps, lodges, and roads.

Threats and Protection of Lake Manyara

Lake Manyara is partially preserved within the Lake Manyara National Park and is one of the Tanzanian reserves in the UNESCO Man and Biosphere programme. Due to non-sustainable water and land use, many environmental problems plague the wider Lake Manyara basin’s social-ecological system. Over the last 120 years, the lake’s sedimentation rates have generally been increasing, with distinct highs in 2010 and the 1960s. A complex interplay between natural rainfall fluctuations and upstream soil erosion after landcover changes is largely responsible for the increased sedimentation rates.

Tilapia and catfish are the main breeds of fish living in Manyara lake. A small fishery exists; however, fish only tend to be found close to the inflow areas where the concentrations of salt are considerably lower. The lake is home to the Oreochromis amphimelas, a breed in the cichlid family facing extinction. The fish is native to Tanzania. Apart from Lake Manyara, the fish is found in several saline lakes that have closed basins. Exploitation is forbidden in the areas of the lake that fall within the National Park, and the protected park areas are sources of crucial seed stock for replenishing fished populations.

Lake Manyara National Park is renowned for the congregations of thousands of flamingoes that eat along the lake’s edge during the rainy season. On some occasions, there have been more than an estimated two million individuals of different breeds of water birds. The table below summarizes the most dominant species, according to the Important Bird Areas factsheet on Lake Manyara.

Getting to Lake Manyara

Lake Manyara National Park is an access point to Lake Manyara. It has an entrance gate that also serves as an exit point. The route into the park is a loop that can be travelled in a jeep within a couple of hours. The route goes through marsh, forests and shrublands before reaching the lake’s shore. The Rift Valley scarp provides an astonishing backdrop.