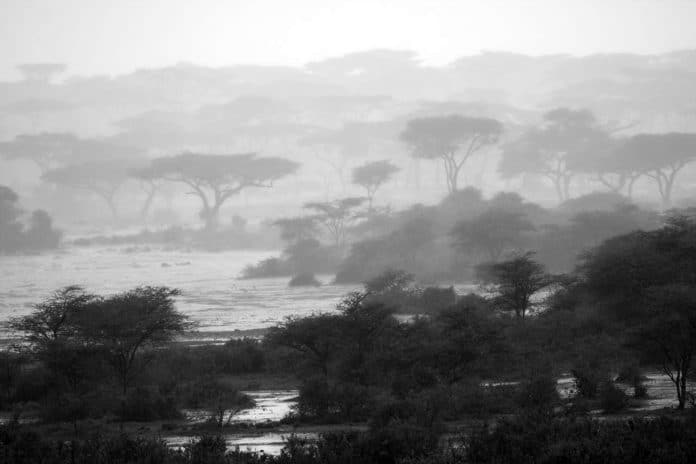 When is Rainy Season in Tanzania?

Tanzania enjoys a pleasant climate all year, though there are considerable regional differences. During the Tanzania rainy season, the tropical coast is humid and hot, with heavy and consistent rainfall. The central plain is arid and colder. The strongest rains [known as Masika normally fall from the middle of March-May, and a shorter period of rainfall [known as vuli] usually falls from November to the middle of January. From May until October, the dry period, with colder temperatures, lasts.

The locations where we’ll be traveling are normally pleasant and dry, however, higher altitudes can be surprisingly cold. Summer lasts from Nov to March, and there is always a potential for afternoon rains during the Tanzania rainy season.

[In inches and Fahrenheit]

Please remember that these are just averages on Tanzania rainy season months, and the weather can change at any time. Quickly check weather conditions at www.weather.com a few days\weeks before your departure. Always check the weather forecast for each destination on your schedule, since conditions can change and Tanzania’s rainy seasons are not good seasons for vacations.

Tanzania’s “brief, dry season” starts in January, following the conclusion of the shorter rainy season [vuli], and lasts for another few months before the Tanzania rainy season resumes intensively in March. In January, high temperatures are in the 80 degrees  Fahrenheit, with lows in the upper 50 degrees to low 70 degrees Fahrenheit. Short-sleeved T-shirts\shirts and zip-off jeans, or shorts are recommended for clear, sunny days.

Tanzania’s warmest months are often February, with maximum temperatures averaging the upper 80 degrees Fahrenheit in some locations. Short-sleeved T-shirts\shirts and zip-off jeans or shorts are ideal. It’s probable that the short rains may persist throughout February, resulting in occasional showers.

The start of March is similar to February in that it is warm and mainly dry. Tanzania’s rainy season [masika] commerces in mid-March. The humidity is very high, and everyday temperatures range from the mid-upper 80 degrees Fahrenheit. Temperatures don’t normally drop below 60 degrees Fahrenheit at night, and in some regions, they stay at 70 degrees. We suggest a lightweight, “breathable,” water-resistant rain jacket, rain trousers, and a cheap rain poncho for afternoon tropical rainfalls for they are very common during this time.

As long as the heavy downpours continue, conditions in April will be similar to those in March. Even though it rains daily, it rarely rains all day. Afternoons during the rainy season in Tanzania Africa are usual, so bring a lightweight, “breathable,” water-resistant rain jacket, rain leggings, and a cheap rain poncho.

As the Tanzania rainy season continues, the terrain is normally green and lush by May, with substantial bursts of rainfall occurring quite often at the midday. We suggest a lightweight, “breathable,” water-resistant rain jacket, rain trousers, and an affordable rain poncho, just like we did in March as well as April.

When is the rainy season in Tanzania begin to reduce? The month of June – but you should still bring a rain jacket just in case, as weather conditions start to drop and get colder, dryer climate takes hold for the next few months. It’s worth noting that the edge of the Ngorongoro Caldera may get very cold at night, and early in the morning safari drives can be cold before the sun rises. In the evenings, sweaters or jackets are recommended, while in the mornings, gloves warm hats, and a wrap may be required. In June, the temperature ranges from the mid-40 degrees to low 50 degrees at night to the high 70 degrees and low 80 degrees within the day. We suggest layering so you can adjust when the sun shines and the temperature rises during the day. By lunchtime, you’ll want to be dressed in light attire, such as a T-shirt\shirts  and zip-off jeans, or shorts.

July is another chilly and dry month and the Tanzania rainy season is usually over. At higher altitudes, it can get quite chilly at night as well as early in the morning. Temperatures can fall to as low as 40 degrees Fahrenheit, so dress warmly in coats, sweaters, long pants, warm caps, gloves, and a wrap. By midday, temps are usually warm to the upper 70 degrees, so ditch your warm layers in favor of a short-sleeved t-shirt\shirts and zip-off pants, or shorts.

August is a moderate month, having low temperatures in the mid-50 degrees Fahrenheit and high temperatures in the upper 70 degrees and low 80 degrees Fahrenheit. For nights as well as early mornings, a sweater or jacket is recommended, as is a cap, gloves, and scarf for cooler weather. It’s best to dress in layers to stay as relaxed as possible as the weather changes during the day.

September temperatures are pleasant within the day, with highs and low to mid-80 degrees F, but cold at night and early in the morning, with atmospheric conditions in the mid-50 degrees F. A sweater or jacket, long trousers, a hat, a scarf, and gloves, are all recommended. As the day progresses, be prepared to lose your outer layers in favor of a short-sleeved t-shirt\shirts and zip-off pants or shorts.

October is the very last part of the long dry season, and the weather is still cold, clear, and sunny. The weather will be moderate during the day, and cool in the evenings and early in the mornings. Temperatures will rise slightly, from the low 60 degrees to the midto higher 80 degrees Fahrenheit.

What is the rainy season in Tanzania? This month definitely provides a perfect answer to that question. In November, the Tanzania rainy season begins. These are far less frequent and unpredictable than the long rains. A lighter, “breathable,” water-resistant rain jacket, rain trousers, and an affordable rain poncho are all recommended. Temperatures will be nice when it isn’t raining, with lows in the mid-60 degrees F as well as highs in the low 80 degrees F. When the weather is clear and warm, the ideal method is to start with a suitable base layer and add warm or water-resistant clothing as needed.

In December, the Tanzania rainy season persists, and clothing suggestions are similar to November’s. Light rain is probable every day, with temperatures ranging from the mid-60 degrees to the low 80 degrees F.

Please note, this article’s content did not focus on rainy season Zanzibar Tanzania trends but only the mainland. Additionally these trends are applicable for the rainy season in Tanzania 2021 and onwards.

Weather on Kilimanjaro – Things You Need to Know

Key Facts About the Kilimanjaro Glaciers