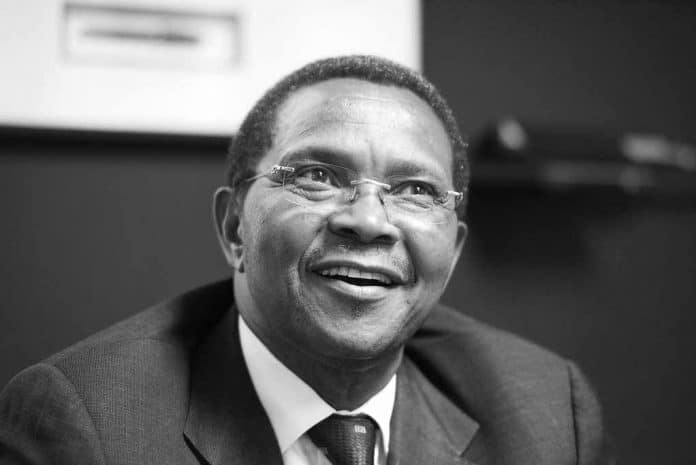 From the mid-1990s onwards until the 2000s, the Tanzanian economy was already experiencing a deteriorating and food supply crisis created by a large number of refugees entering neighboring Rwanda, Burundi, and Zaire (now the Democratic Republic of Congo); Due to this situation the country was forced to apply for international assistance to assist in the care of refugees. Meanwhile, Tanzania was a hotbed of terrorist activity in 1998 when the US embassy in Dar es Salaam was bombed; Eleven people were killed, and many more were injured (For further reading: “The Beginning of Economic and Political Reforms” to understand the economic challenges the country went through).

Benjamin Mkapa was re-elected in late 2000 amid allegations of electoral fraud in Zanzibar. Several violent protests followed, including the one in January 2001 in which police forces killed more than 40 people and injured 100 others. Zanzibar also became increasingly troubled by extremist Muslims such as the Uamsho Association which is also known as “The Awakening”. Several protests, violent attacks, and bombings in the 2000s erupted as a result of several extremist groups protesting and forcing the government to adhere to their views and policies. Also in late 2004, 10 people died in Dar es Salaam from the Indian Ocean tsunami; the government was criticized for not doing enough strategies to warn the public about the threat of flooding before it happened.

Meanwhile, Tanzania’s joint presidential and parliamentary elections were held on December 14, 2005. Former foreign minister Jakaya Mrisho Kikwete, as the CCM candidate, was elected; CCM itself as a whole won by a landslide in the National Assembly. In the annual presidential and legal elections, held on October 31, Kikwete won a second term as president, with 61 percent of the vote. The CCM, although it lost several seats to the opposition, still had the largest number of MPs. The election was followed by allegations from several opposition groups claiming that the ballots had been changed, and that some local and international observers had raised concerns about the transparency of the voting process.

Earlier that year, Zanzibar held a referendum to decide whether to form a national unity government after the October elections; 66 percent of voters preferred to go in the same direction. In the years that followed, however, there were demands for greater independence as well as calls for withdrawal from the union and mainland Tanzania.

Corruption – Probably the Top of All Challenges in Tanzania

Corruption, is one of a long-standing challenges in Tanzania, remained a problematic problem under Kikwete’s administration, despite his promises and efforts to mitigate the effects. The biggest challenge was Edward Lowassa, a prominent CCM member and ally of Kikwete, who was prime minister but resigned in 2008 after being involved in a corruption case; Lowassa denied the allegations. Two other ministers also resigned in the same scandal that year, and shortly afterwards Kikwete resigned from his cabinet. Another cabinet reshuffle related to corruption problems came in 2012 when Kikwete fired six ministers for alleged misappropriation of government funds. Although some government officials had been charged with corruption, the number of arrests was very low. But the difference came in July 2015 when former ministers Basil Mramba and Daniel Yona were each sentenced to three years in prison on corruption-related charges.

Kikwete went through the process of drafting a new constitution during his second term. He first proposed a constitutional review in 2011, and the following year a commission was set up. After gathering a number of comments from Tanzanians across the country and constitutional law experts, the commission recommended a number of issues, such as the three-pronged government system. The House of Representatives – consisting of members of the National Assembly of Tanzania and the House of Representatives of Zanzibar and more than 200 members from civil society organizations – reviewed the directives and were given the responsibility to approve the draft which will be presented in a national referendum; two-thirds of voters were required for approval to pass. Many CCM MPs who participated in the parliamentary session did not support the proposed change of power, fearing that the consequences of such changes would favor the opposition, while many opponents supported the proposal; this led to a major collision. As the draft negotiations progressed, opponents were not at all satisfied. And in 2014 the main opposition party, Chadema, and other opposition parties decided to form a coalition, UKAWA, and pressured the constitutional assembly to hear their case. The move, coupled with a quick and controversial vote on a draft proposed by other lawmakers, led to the draft version being adopted for a referendum that did not include a three-government structure. Although the goal was for a constitutional referendum to be held before the October 2015 presidential and parliamentary elections, in April the electoral commission announced that the referendum would need to be delayed.

With Kikwete’s end of presidency approaching after two terms as president, the CCM began the process of selecting a candidate for the 2015 presidential election. In July 2015 it elected the minister of state John Magufuli, who had a reputation for being ethical and strict on corruption. Longtime CCM leader and former prime minister Lowassa left the party after Magufuli’s appointment, angered by being denied the position; and he soon joined Chadema. Chadema, at the time, had worked hard to increase its popularity and gain supporters; and by 2014 it was gaining a lot of popularity among young voters. The party and its allies in the Ukawa coalition – their presence was important as for the first time in the history of Tanzania the opposition which was always divided transformed into a coalition – a situation followed by an agreement to elect one candidate for the presidential election. As soon as Lowassa joined Chadema, he was given the seat of the union’s presidential candidate.

The presidential and parliamentary elections on October 25, 2015, were the most contested in the country, because of the outrage over corruption and the massive burning that was brought about by the opposition coalition. When the election results were announced, it was clear that several CCM candidates had lost their parliamentary seats to Ukawa’s candidates. On October 28, the chairman of the Zanzibar Electoral Commission canceled the election, claiming that the election laws had been violated; International observers feared the decision. Also that day, Lowassa demanded that the presidential election be recounted, claiming that there were errors. Regardless, the presidential results were released the next day, and Magufuli was declared the winner with 58 percent of the vote; Lowassa won nearly 40 percent. Despite the challenge of losing several seats, CCM managed to maintain a large majority in the National Assembly.

Zanzibar’s local and parliamentary presidential elections were re-run on March 20, 2016. The main opposition party, the Civic United Front (CUF), went on to claim that its candidate, Seif Sharif Hamad, had won the October 2015 presidential election, and for that reason he boycotted the re-run of the election. Next, the co-candidate, CCM President Ali Mohamed Shein, won by more than 90 percent of the vote. Several diplomats expressed their initial stance that the October elections should not be canceled and re-run.

These are just a few of the many challenges in Tanzania, which has been faced from beginning of the 21st century. For more articles related to the United Republic of Tanzania, click here!