Daladala is a minibus share taxi service in Tanzania. Often overcrowded and usually driven at unsafe speeds, these vehicles emerged as a response to the country’s inadequate public transportation system. Although the word may be a corruption of the word “dollar”, they are also called thumni. 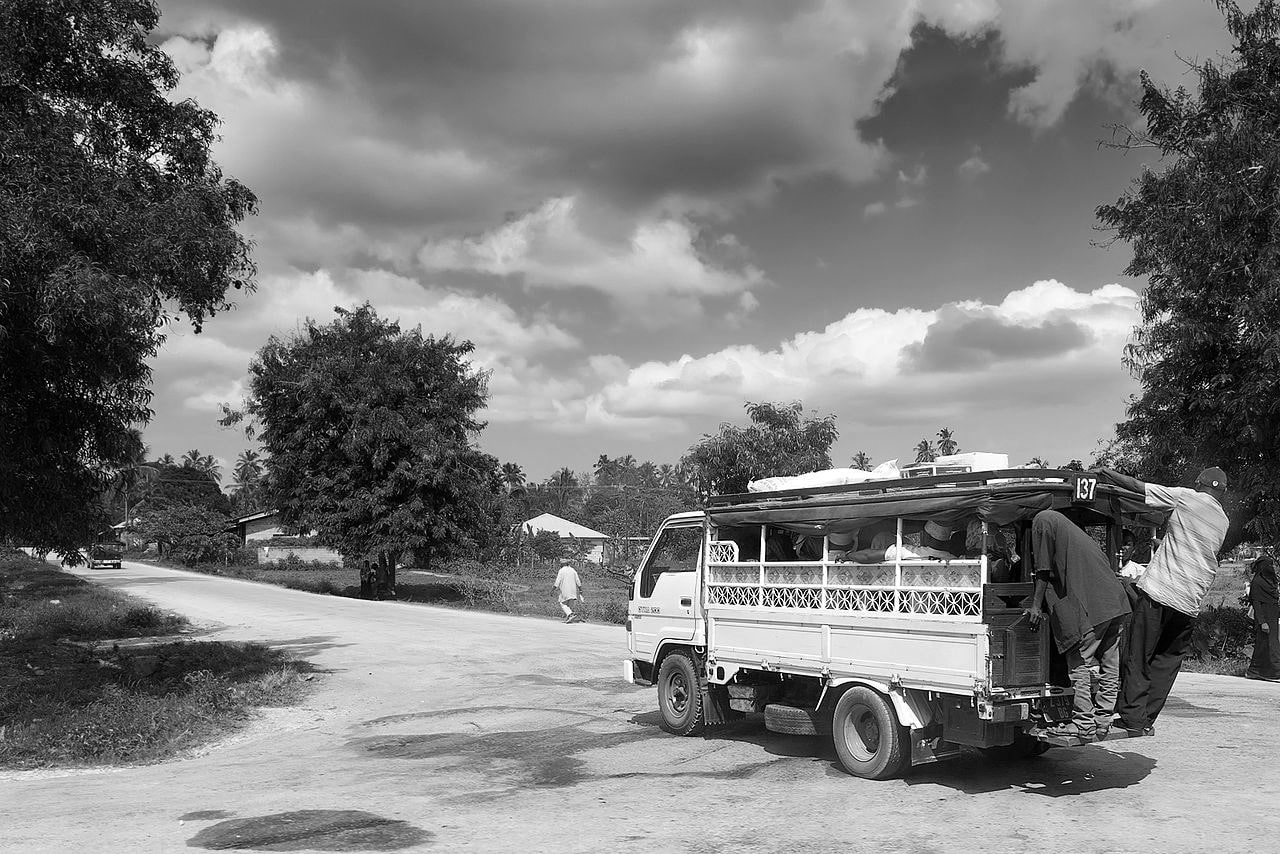 While the Daladala may have fixed routes carrying passengers to central destinations, they may also stop at random locations along their routes to pick or drop off passengers.

In Dar es Salaam many of these minibuses have been publicly operated since 2008.

Daladala started as an illegal shared taxi business in Dar es Salaam which is the biggest city in Tanzania. It was a response to the collapsing public transport system operated by the government at a time when there was increasing demand these services. Around 1975 and 1983,  which is the year the illegal taxi services were made legal, the total number of buses that were being operated in Dar es Salaam dropped by 36% while the number of people increased by approximately 80%. In 1983, a state-owned transportation company was allowed to outsource these services from private entities, but because of high rates, this did not do much to greatly increase the number of legal Daladalas.

Other changes in the late 1990’s caused the number of official minibuses to increase, as a result their was a 450% increase in these numbers between 1991 and 1998. A large number of illegal minibuses continued to operate, however, and in 1998 these illegal taxis comprised approximately half of all the Daladala that were operating in the city. By 1998 the Daladala had almost replaced the public transport system that was run by the government; in that year only 12 government run  minibuses where on the streets while there were between 7,650 and 6,300 Daladalas operating at the same time.

Last but not the least, Daladalas do not only exist in mainland Tanzania but there is also Daladala Zanzibar.

Daladalas are usually run by a driver and his conductor. DalaDala conductors are often referred to as mpigadebe which literally means  “someone who beats a debe” (a debe is a 4 gallon container used for carrying petrol or water). This is referring to the simple fact that minibus conductors would hit the side or roof of the minibus to get customers attention or inform the driver that he can leave the station.

These leased vehicles have their own routes assigned to them by Tanzanian transport regulator, SUMATRA which is the Surface and Marine Transport Regulatory Authority , however, there are syndicates (informal teams that arrange fares, collect fees, and manage stations). Before 1983, all types of private public transportation were not allowed in Tanzania, and from 1991 and 1998 at least half of all minibuses continued to operate illegally without licenses.

In 2002 it was seen that the Daladala market “appeared to be under conditions close to the old perfect competition.”