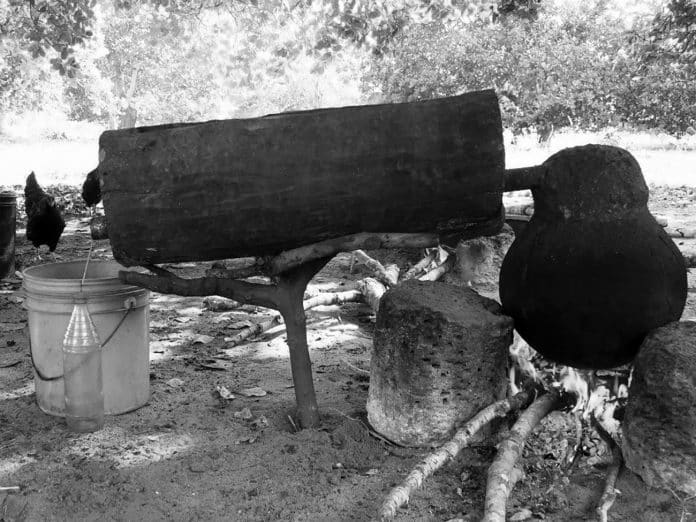 If you spend enough time in an African community, you’ll almost certainly be served some of the native liquor. The stamina of your tummy, the toughness of your head, and, most importantly, the amounts of foreign things floating in the offered drink will all play a role as to whether or not you take the offer. All of these things differ significantly between the native firewaters.

Tanzania boasts a wide variety of homemade hard liquor like the famous Gongo to please [or terrify] all tastes and budgets, ranging from sweet and tasty to drinks that would have been more at home in a 4WD’s tank. Below are five of the most favored choices.

What is Gongo drink? The granddad of illegal liquor. The Tanzania Gongo alcohol is a white transparent spirit often referred to graciously as ”gin,” is banned by the authorities but sold under the guise of privacy and confidentiality from the backrooms of specific residences.

The young males hanging outside the gongo establishments give away the locations of the joints, ready to sound the alarm if the cops show up. Closer inspection reveals the sound of drunken merrymaking from within.

Gongo is prepared from maize and ugali leftovers, fermented over many days, and then purified into any soda bottle via a jerry can of ice water.

The real Gongo meaning or why the alcohol was named that is not officially know but the drink is equivalent to what in the west call “Moonshine”.

Tasting notes: There are hints of alcohol, but it’s really tasty. Drink it straight or mixed with a water tonic.

Unethical manufacturers in large cities have been known to make a fast profit by mixing formaldehyde, ethanol, or other chemicals from the base of their chemistry kits with gongo to avoid the lengthy fermentation process.

Tasting notes: The logical choice is a polite refusal. It is not unusual for blindness to occur after consumption.

Sugar cane juice that has been fermented. This is a cornerstone of life in the village, especially in the Usambara highlands of Northern Tanzania, and it is both legal to manufacture and drink. Local residents walking in circles, physically powering the wheels of a sugar cane crusher, can often be seen walking through communities in the vicinity.

When freshly pressed, the sweet liquid is delicious, but when combined with a cup full of yeast and left for a few days, you have a barrel of one of the most pleasant ways to get high.

Among the very few local cocktails with nationwide distribution. It is sold in small dirty bottles across Tanzania, as well as the capital, Dar city.

Tasting notes: it was once stated that a clever way to describe Heineken beer was that it had a banana aroma on the nose. Unfortunately, the only thing you’ll receive on the nose with authentic banana beer is a lot of dirt and a little scent of socks.

You’ll know exactly what to anticipate from honey beer if you have ever tried mead. The day’s flavor is a heavy, syrupy taste with a sharp kick. Honey wine and beer are both produced as a by-product of the domestic honey business in the northern part of Tanzania, around Tabora.

Tasting notes: Honey that has been infused with alcohol. That’s all there is to it.

Tanzania Gongo Versus Other Brews

When you first start tasting local alcohol, you’ll quickly realize that with enough dedication, almost any household garbage can get you drunk. Some of the most common varieties include pineapple, millet, and maize, but there are so many more. One of the regulars at a gongo bar we visited was sipping something out of a bottle of water that appeared like milky tea [judging by his hazy expression]. Closer examination proved that this was really the case—tea with alcohol.

Why hasn’t anyone thought of this before?

Konyagi: A Review of the Popular Spirit in Tanzania