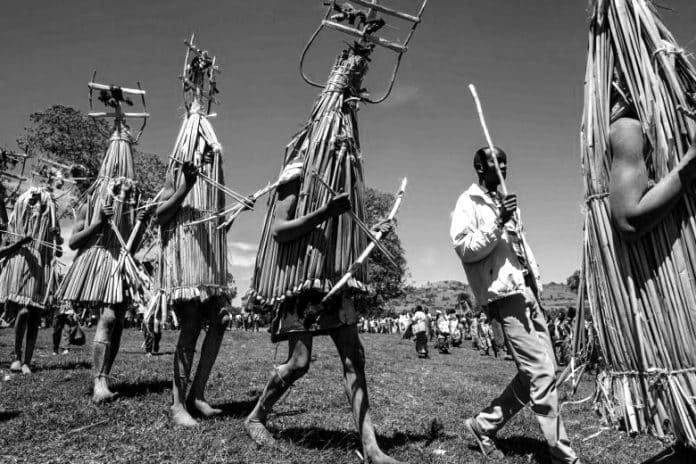 In the Maasai history and society in general – circumcision is one of the most important ceremonies that men and women must go through. Today this celebration is considered to be more important for boys than girls. There are no longer Maasai female circumcision ritual but the tribe continue this practice for boys.

The Maasai circumcision ceremony for boys takes place mostly between the ages of 16 or 17. Twenty years ago, boys were not circumcised until they were considered mature (adults). A Maasai elder once told us that, until the boy was old enough to carry a young calf to his home, he could not be circumcised (circumcised). The elders wait until there are enough boys to be considered as strong men, strong and capable of protecting society. Sometimes boys are forced to wait until they are between 20 and older, while their younger siblings are approaching their peers. It is at this point that the decision is made to circumcise the boys, and the boys are given permission to start their own camps as well as perform several cultural rituals. Some boys whose cases seem special may be circumcised before this stage is reached. The reasons are natural. For example, a boy may be circumcised to take possession of the property of his deceased father. A boy can also be circumcised because his younger sisters are old enough to get married and cannot be circumcised before him. The boys in this unit are known as Ilng’eeliani and are often said to be creating new peer group.

The Maasai elders meet and decide that their boys are ready to be circumcised. A house is built in which the boys will go to play and perform several rituals. They play for four days, two days known as “white” days and the other two as “red” days. After this the cows are slaughtered. As the play progresses, the Chief Speaker, known as Olaiguenani, is selected from the boys. He is given a club, Orikna, which has smeared with mud, like office sticks. He is blessed with certain words and given the leadership of his group (his peers). He is the one who first drinks the blood of the slaughtered cow. He should be a mentally mature person, highly respected and his council is taken seriously by all. The group disperses and waits for another year or two, after which the elders meet again to determine the date when the next great worship will take place. This is a ritual when the boys grab, hold him and drop the strong bull down using its horns, with nothing more than their hands. It is also in this ceremony that a boy whose young cow will be slaughtered on behalf of a group is selected, and is known as Olopolosi-Olkiteng. He gets the Maasai circumcision rite of passage to become the leader of the celebration of this ritual.

After the ceremony, the boys are circumcised in their homes, and they remain pioneers for a period of time until they are ready to begin their training as warriors. Once they have recovered and are well fed, they build a house known as Enkangoo Ntaritik – The Bird House and it is here that they are shaved for the first time since the beginning of the whole Maasai circumcision event.

In recent years these Maasai circumcision style houses have not been built, many boys are being shaved in their homes. At this point these young warriors – Jlmurran – are known as Ilkiliyani.