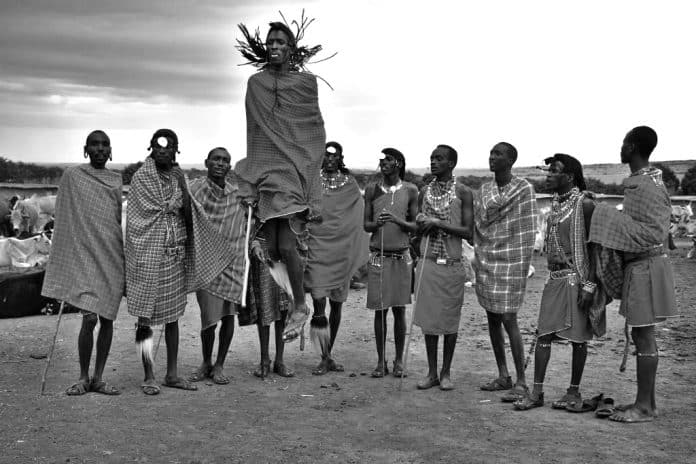 10 Interesting Facts About the Maasai Tribe and Their Way of Life!

The Maasai is an ethnic group found in East Africa. It is world famous for its unique culture and “popular tourist attraction” for the people who visit the area. Personally, I found it interesting! So today I share with you the 10 interesting facts about the Maasai tribe that everyone should know!

# 1 The Maasai Tribe Lives in More Than One Country.

Often, tribes are usually situated in one region. However, the Maasai tribe lives in eastern, central and southern Kenya as well as northern Tanzania! According to the report there are more than 840,000 Maasai living in Kenya, and not less than 800,000 in Tanzania. With all these numbers, it won’t be surprising to have more than 10 interesting facts about the Maasai tribe.

However, these reports regarding Maasai population are not directly reliable. Apparently, many Maasai in Kenya see the national census as a ‘government intervention’, and made deliberate incorrect counts. Furthermore, Tanzania does not conduct census basing on ethnic groups – so it is difficult to estimate how many Maasai live in Tanzania.

# 2 The Maasai Tribe is Made Up of Sixteen Sections.

The word “section” in Maasai is ‘Iloshon’ – so there are sixteen Iloshoni in the Maasai community.

# 3 Blood is Part of the Maasai Diet.

For the most part, the Maasai live on the milk and meat of their livestock. This is how they get protein and carol nutrients. In recent years, some Maasai have added other types of foods to their diet: maize, potatoes, rice and cabbage. Although according to tradition, this is not acceptable. This is because the Maasai see the use of land for crop farming as a crime against natural vegetation as it makes the land unsuitable for grazing.

And there is blood! The Maasai drink blood in a variety of ways: when they are sick, as soon as they are circumcised or as soon as they give birth. After Ilamerak (a Maasai word for the elderly) they also drink blood to prevent fatigue after drinking alcohol. Not only is the blood high in protein but it is also good for the immune system. However, as the number of animals decreases, the appetite for blood decreases. This is certainly one of the 10 interesting facts about the Maasai tribe that has made a lot of noise around the world.

# 4 The Maasai have Been Named in Their Own Language.

The name Masai literary means “a person who speaks the Maa language“. The language itself is part of the branch of the Nile people (Neolithic) east of the Nilo-Saharan language family. It is the most widely spoken language, as the tribe places importance on pronunciation. And further, there is a Maasai dictionary, also the Bible has been translated into Maasai.

There are about 36 Nilo-Saharan languages, Maasai is one. The Maasai people learn Swahili and English in school. These are the languages ​​of Kenya and Tanzania in particular.

#5 The Maasai have Their Own Traditional Dress.

The Maasai people usually wear red sheets. These are called “shuka”. They are wrapped around the body. And wear a lot of Maasai beads. Depending on the circumstances, these sheets may have different colors. – although for the most part it is red. Also, men and women wear almost the same.

Prior to the establishment of the “shuka”, the Maasai people wore animal skins where it is common for the tribes of these parts of this world.

It is also common for Maasai people to have large ear piercings. This is typical of many tribes as you can see in the pictures of other tribes around the world. However, the Maasai make a little difference. While many tribes uses wood to fill their piercings, the Maasai fills their large piercings with beads as well as a one-size-fits-all earring.

#6 The Maasai are Proud of Their Cattle.

The Maasai tribe live a nomadic life. Thus, they move from place to place based on seasonal cycles. They do this so that they can always have green pastures and fertile land for cattle: cows, goats, sheep and donkeys.

Despite having other animals, cows are especially special for the Maasai people. In their society, there is a belief that all cowa in the world belong to them. Maasai youths spend most of their youth collecting cows!

As a Maasai, wealth and status in society are measured by the number of cattle one owns.

Due to their ability to adapt to different environments, the Maasai tribe relies heavily on cows. The milk, meat, cheese (and blood) that make up the Maasai diet comes from cows, and the clothes and mattresses they wear / use are often made of cowhide. Not only that but they have “manyata” the word Maa meaning at home, which has walls and windows made of cow dung! There you go, your #6 thing to know in the 10 interesting facts about the Maasai tribe!

# 7 There are Different Religions Within the Maasai Tribe.

Traditionally, the Maasai tribe have always believed in one God, whose name is Enkai or Engai. This god is the origin of what is known as duel nature, and they have slightly different names:

Engai Narok, or black god – he is good.

In recent years, however, many Maasai members have been practicing the Christian religion. A few, though not many, have converted to Islam.

# 8 The Maasai Tribe is Married to More than One Wife.

In Maasai culture, a married woman marries an entire group of people the same age as her husband. The elders of the tribe often plan these marriages. Traditionally, men are (used to, though losing popularity) expected to give their beds to a male guest. The lady of the house can sleep with the stranger in bed, if she chooses.

Other things to consider about Maasai marriages is that a woman is younger than her husband. This means that the Maasai tribe has many widows. They do not expect to remarry, a woman’s role in the Maasai world of marriage is to bear and have children.

# 9 Maasai Children are not Given Names Until Three Months of the Year.

Due to the high mortality rate among infants and children in the Maasai community, children are not given names until they are three months old. There is also a special naming ceremony for Maasai children. This is known as Enkipukonoto Eaji which translates as “from the period of isolation”. Before the ceremony, the mother and baby are separated and allow the hair to grow longer. They are shaved after the ceremony. This is a sign of a new beginning for the baby.

# 10 The Maasai have Their Own Calendar.

The Maasai calendar can be a bit confusing as there are no international laws regarding the names of the 12 months or the agreement on which month to follow, “although everyone knows there are 12 months and 30 days of each month. 15 days of light and 15 days of darkness and day 8 is known as “day of change”

As a result, another confusion arises at the end of each month where the last two days of the month are controversial due to the fact that the moon is “already set” or if “it has not yet set”. There are 3 main seasons: long rains, rainy season, and short rains.

After this another season begins, the rainy season, the season in mid-year.