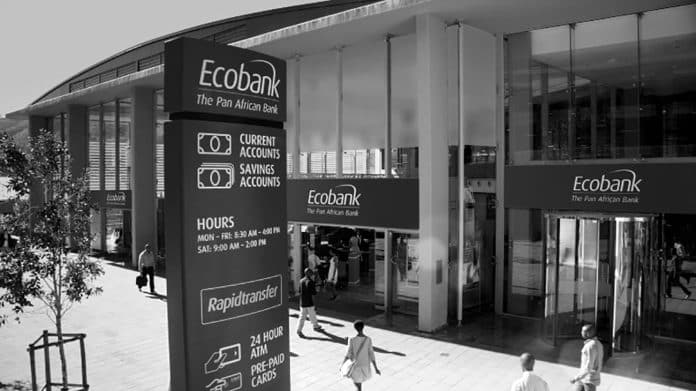 Ecobank is a pan-African conglomerate bank with operations in thirty-six African nations. Its official name is Ecobank Transnational Inc. (ETI). It is West Africa’s and Central Africa’s largest independent regional banking organization, servicing both retail and wholesale customers. It has subsidiaries in Southern and Eastern Africa as Ecobank Tanzania. Its representative offices are found in Angola, Dubai, China, France, the UK, and South Africa.

ETI is a big financial services company with offices in thirty-six countries and a presence in thirty-six nations in Sub-Saharan Africa including Ecobank Tanzania in Tanzania. ETI’s client base was approximated to be 13.7 million in December 2012, with 9.6m (70.2 per cent) in Nigeria, the most populated country on the continent. ETI had 1,305 branches, with 1,981 ATMs.

Ecobank Transnational operates in 36 African nations as of June 2014, with representative offices in Beijing, Angola, Dubai, South Africa, Ethiopia, and the UK:

ETI was founded in 1985 as a bank holding company by the Federation of West African Chambers of Commerce and Industry, with the backing of the Economic Community of West African States (ECOWAS). At the start of the 1980s, state-owned and foreign banks dominated the banking business in West Africa. In West Africa, there were few commercial banks owned and controlled by the private sector of Africa. ETI was established to fill this need.

The Federation of West African Chambers of Commerce initiated and promoted the establishment of a private banking institution in Western Africa. Ecopromotions S.A. was founded in 1984. The initial funding for the promotional initiatives and feasibility studies that led to the foundation of ETI was raised by its founding shareholders to other african countries like Ecobank Tanzania.

ETI was incorporated in October 1985 with a US $100 million authorized capital. Over 1,500 institutions and individuals from West African nations contributed to the first paid-up US $32 million in capital. The ECOWAS Cooperation Fund, Development and Compensation (ECOWAS Fund), ECOWAS’ development financing arm, was the largest stakeholder. In 1985, ETI signed a Headquarters Agreement with the Togo government, granting it international organization status with all of the privileges and rights essential to function as a regional institution, the non-resident financial institution status included.

eProcess International (eProcess) and Ecobank Development Corporation (EDC) are two of ETI’s specialized subsidiaries. EDC was formed with a mandate to grow ETI’s investment banking and consulting operations throughout all of Ecobank’s operating nations. EDC has brokerage houses on all three West African stock markets, as well as licenses to trade on the two Central African stock exchanges: Cameroon’s Douala Stock Exchange and Gabon’s Libreville Exchange. The mission of the eProcess is to administer the information technology function of the group, to eventually centralize the middle and back and middle office processes of the group to increase service standards, efficiency and cost savings.

ETI has been deterred by a series of high-profile governance failures:

In 2014, the CFO was fired and then reinstated after she claimed: “…Mrs. Do Rego wrote to the SEC alleging that Mr Lawson, the Chairman and Mr Tanoh, the GCEO were trying to sell off non-core assets at below-market prices, that both of them “tried” to tamper with the 2012 results for the Group (ETI) to display a much better 2013 growth; and that she questioned the procedures surrounding the approval of a significant increase in the 2012 bonus of Mr Tanoh (which he later chose not to receive). She further claimed that she was urged to write off the debts of a real estate firm that Mr Lawson heads…”

The Chairman stepped down but afterwards sued Ecobank, demanding that they examine the claims, which were backed up by a secret E&Y audit report on significant fraud charges.

“When the EY inquiry was ordered, I requested my attorneys to write to the Board clearly alerting them of the illegality of forwarding these accounts to the shareholders before making full disclosure of the facts. On June 26th, 2014, this letter was given to board members (See Appendix 1). Unfortunately, the ETI Board of Directors ignored the letter, and this clear dereliction of duty still continues to this day. “

Ecobank later reached an agreement with the chairman, clearing him of any wrongdoing.

The Ecobank-Nedbank Alliance is Africa’s largest banking network, with over 1,500 branches accross 35 countries like Ecobank Tanzania in East Africa. The alliance was founded in 2008 by the Nedbank Group, one of the four major financial service providers in South Africa with an expanding reach across the Southern African Development Community and Ecobank.