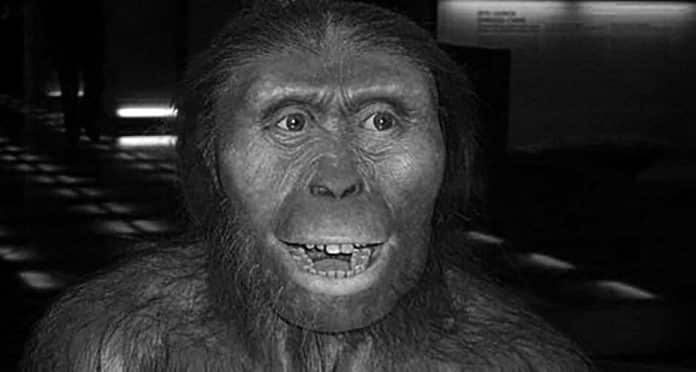 The Maasai Legend Behind Ancient Hominin Footprints in Tanzania

The human paleontologist Mary Leakey with some other scientists in 1976 reported the discovery of some ancient hominin footprints in northern Tanzania in the Laetoli area. The discovered footprints were found to be dried up in volcanic remains from that was left behind during the period of Pliocene. The period between 5333000 and about 2580000 years back was the duration of the Pliocene period. The team clarified the footprint were believed to be that of the now-extinct hominin family, Lucy. The hominin family was a species of human scientifically known as Australopithecus afarensis.

In 2016, another team of researchers which comprised of researchers from Italy and Tanzania, also discovered some other hominin footprints in a distance of about 150 meters from the initial discovery. Surrounding this new path of discovery were hundreds of other footprints from birds, other predators and the impression of frozen raindrops. The new discovery was similar to those discovered by Leakey and her colleagues. They were of two-legged (bipedal) individuals moving on equal surface, towards equal direction, at a modest speed, and at an equal time.

These two hominin discoveries of footprints, when considered, confirm that ancient humans once walked in groups of about five over the land of Laetoli. Scientists now better understand the evolution process of human in a biological way with the presence of both new and old footprints.

Irrespective of how crucial the knowledge of the discovered hominin footprints is, it is equally crucial to consider what the locals around the Laetoli area think of the footprints. What representation do they have of these ancient footprints?

My colleague and I were curious to know. Hence, we conducted interviews for the people of Maasai we worked with and group discussions for people from the neighboring villages of Enduleni, Essere and Kakesiyo. The people in this area have lived there for generations and have a population of about 35000.

The connection of the Laetoli hominin footprints was traced back to the story of a hero called Lakalanga. The Maasai people said he helped them fight and win the war against neighboring communities. The tale, which has been passed down through oral traditions, said the footprints were that of Lakalanga, which resulted from his every stride that left a visible mark on the floor.

Even though there does not seem to exist any timestamp to this event, the interviewed elders alleged the story to be broadly believed among the people of Maasai.

Considering how special the Lakalanga story stands amongst the Maasai natives and how they have him mythically linked to the footprints, it is important to have this perception included in how the hominin footprints are explained and preserved. This would help limit the possibility of the destruction of this historical finding and also help the natives remain connected to their history.

The Importance of the Discovered Hominin Footprints

For archeologists to fully understand the evolutionary process involved for humans, they rely on fossils of teeth and bones. A relic like footprints would prove to be a better revealing tool. Locations of the hominin footprints could be read as early pictures that can be linked to the presence of ancient life, where they existed in such a short span.

As a matter of fact, after these prints are made onto the ground, they can be preserved under unique geological conditions to become fossils. By the use of the discovered hominin footprints, scientists get the opportunity to re-create patterns, shapes, body sizes, and diversity of lost species.

Traditionally, the remains of hominin footprints are an important source of ancient life. They can be recognized by their shapes and also provide biological information. Almost all fossils found to date have been linked to the Homo genus. This record has only not affected Laetoli.

The Ngorongoro Conservation Area of the southern part of Serengeti desert in northern Tanzania is where Laetoli is located. This area serves as home to some of the world’s most famous human paleontology sites like the Lake Ndutu, Nasara Rock and Olduvai Gorge.

From the perspective of a scientist, one exciting outcomes of the discovery of 2016 is the identification of the Laetoli footpath that refers to the dimension of the body of one of those who passed through this path. One hominin footprint was distinctively larger in size than the others, which formed the basis to estimate the height to be about 64 inches or 165 centimeters.

The average range of the contemporary Homo sapiens dimensions is the same as the estimated dimension of the discovered footprint, making them the largest identified Australopithecus afarensis to date.

The issue of body size is also discussed in the community study on Laetoli’s footprints. Speaking with some Maasai, the knowledge of the discovered hominin footprints was known to them. The knowledge of footprints of the animals was known to them due to the scattering all over the Laetoli volcano. The Maasai living in Laetoli and its surroundings visit and travel the area often while tending their livestock. Maasai, who lives far away, are also privy to the traditional stories of Lakalanga’s footprints.

We knew during our conversations with the natives, the Lakalanga’s story of the hero who walked with large steps and noticeable paths. They were of the opinion that the hero was stronger and larger than other members of the past ancient humanity.

An aspect of our interpretations based on science does not agree with the narrative that suggested a societal set should comprise of one big man, one child, and two or sometimes three women. The native account of the event is not connecting the footprint to be that of the hero and that of his family. Rather, the description points towards the fact that the hominin footprints were belonging to other warriors of Maasai and Lakalanga.

The second discovery of the 2016 hominin footprints – and especially the larger footprint – provides further proof for Maasai native that Lakalanga, their hero, actually existed.

The natives associating the hominin footprints by means of Lakalanga’s tale is not exclusive to Laetoli. Other comparable stories from ancient human paleontological sites all over the world also tend to have heroes or gods associated with footprints by the locals.

For instance, in 450 BC, it was reported by Herodotus that heroes and deities seen as giants are linked with the footprints found in Moldavia along the Tyras river banks. Similarly, found in Gallipoli Peninsula of northeastern Turkey are some footprints believed to belong to a Trojan war athletic hero.

All these points at the fact that the natives who are inquisitive about these footprints will constantly try to find clarifications about who created them. Native explanations would therefore arise.